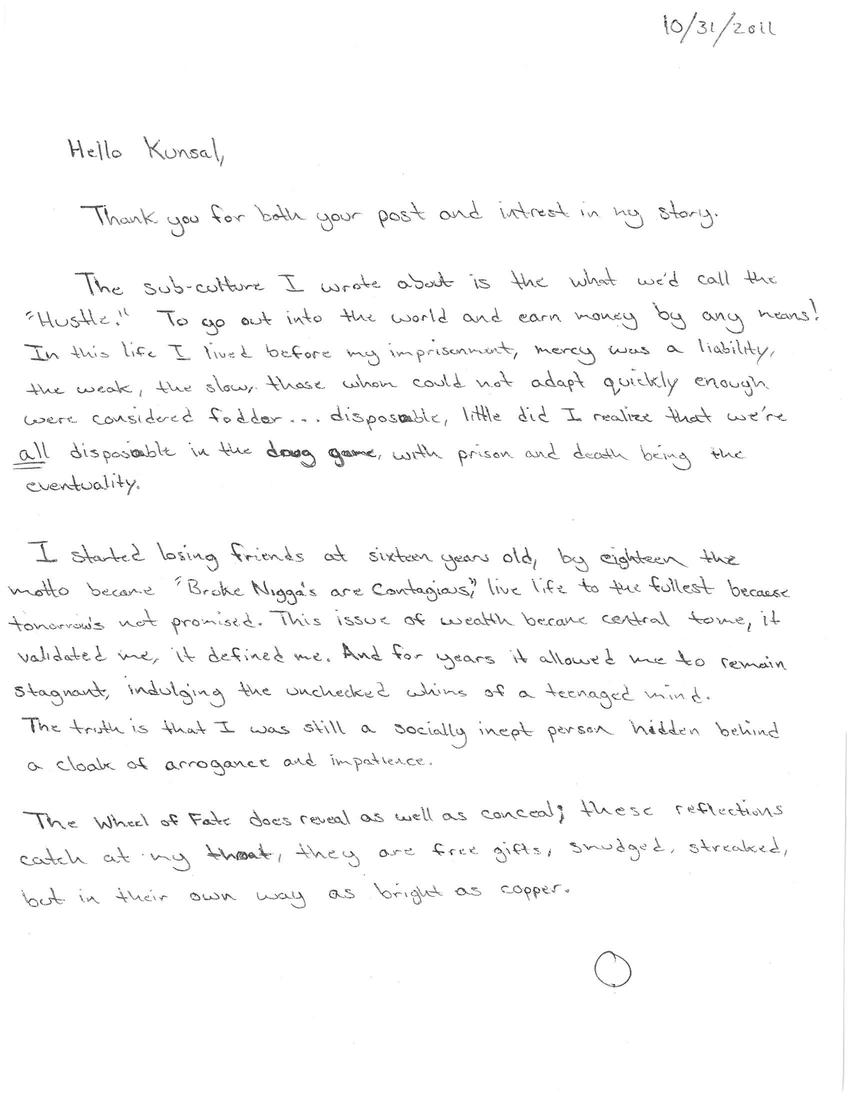 Thank you for both your post and interest in my story.

The subculture I wrote about is what we'd call the "Hustle": to go out into the world and earn money by any means! In this life I lived before my imprisonment, mercy was a liability. The weak, the slow, those whom could not adapt quickly enough, were considered fodder—disposable. Little did I realize that we're all disposable in the drug game, with prison and death being the eventuality.

I started losing friends when I was sixteen years old. By eighteen, the motto became, "Broke niggas are contagious." Live life to the fullest because tomorrow's not promised. This issue of wealth became central tone; it validated me, it defined me, and for years I allowed me to remain stagnant, indulging the unchecked whims of a teenage mind. The truth is that I was still an socially inept person hiding behind a cloak of arrogance and impatience.

The Wheel of Fate does reveal as well as conceal; these reflections catch at my throat. They are free gifts, smudged, stretched, but in their own way, as bright as copper.