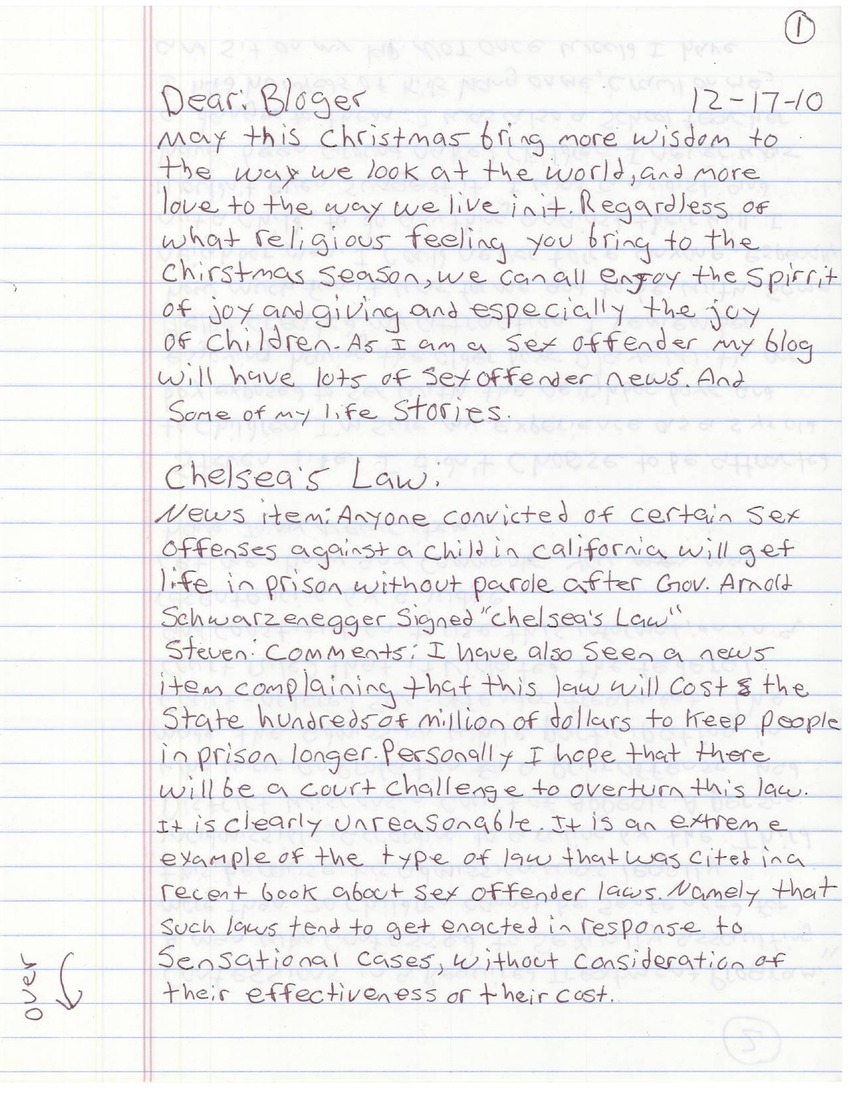 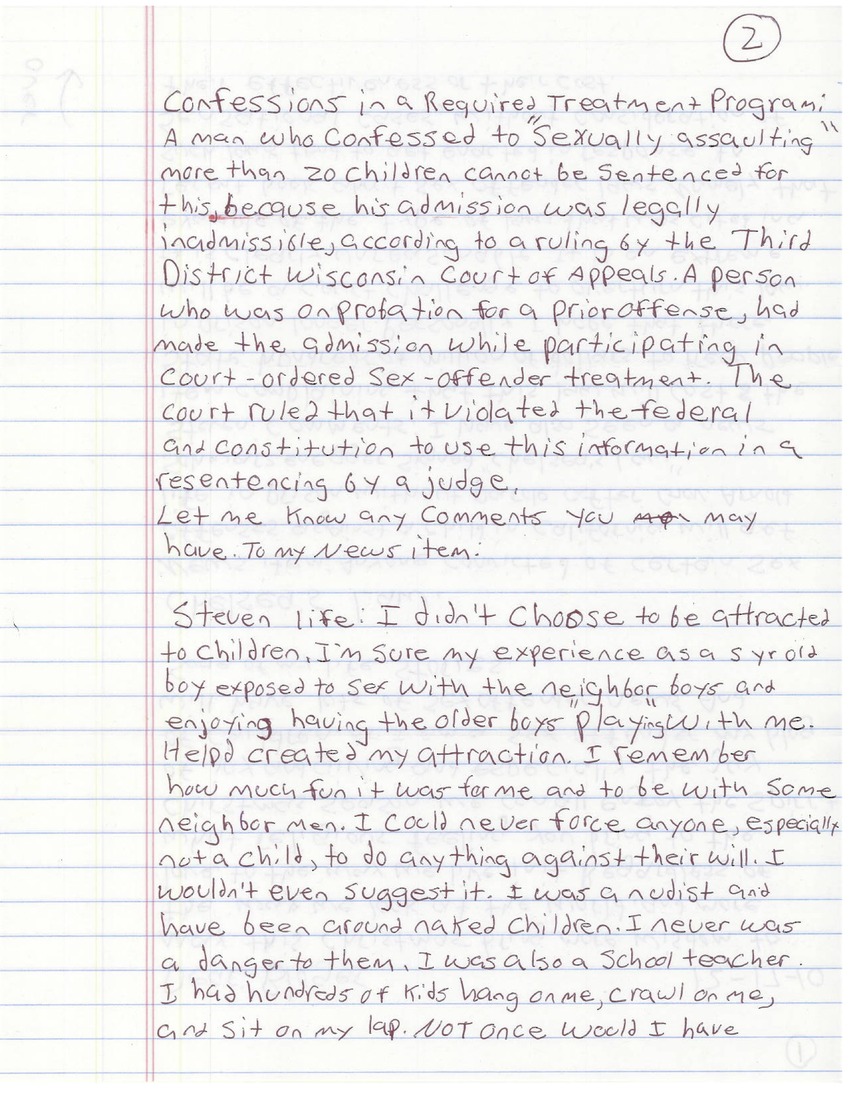 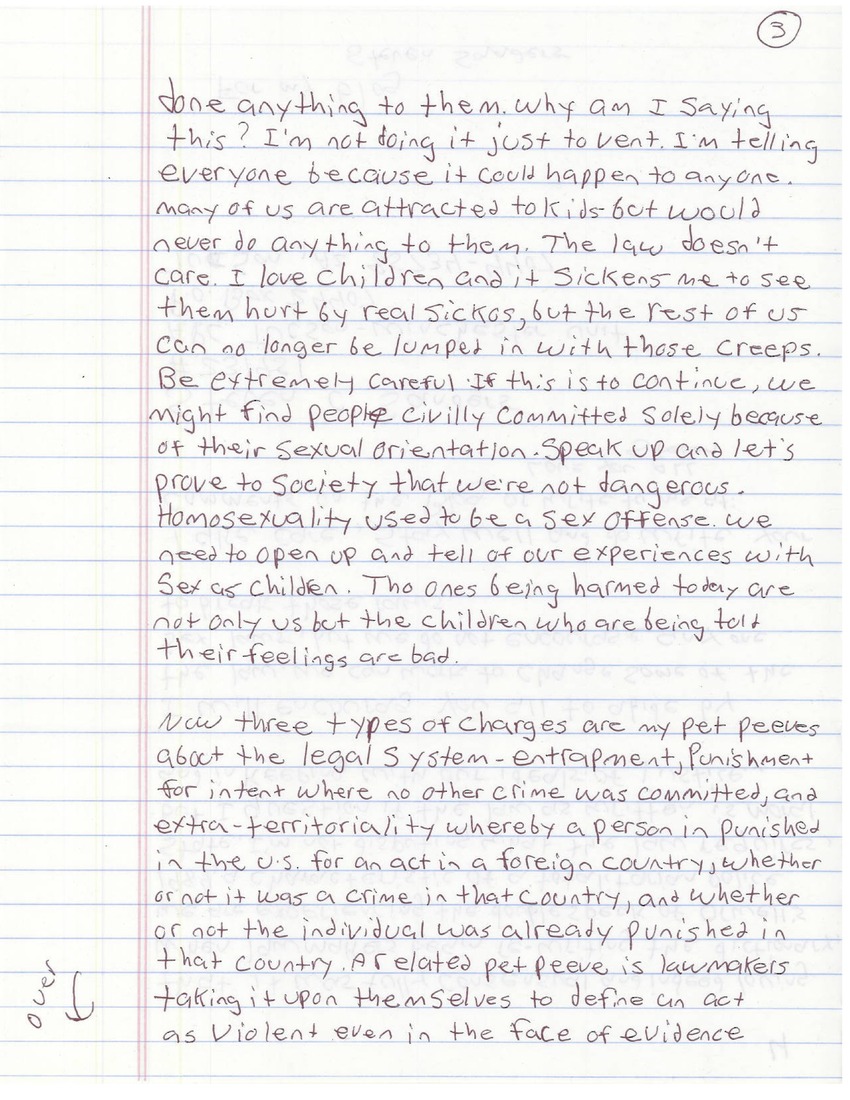 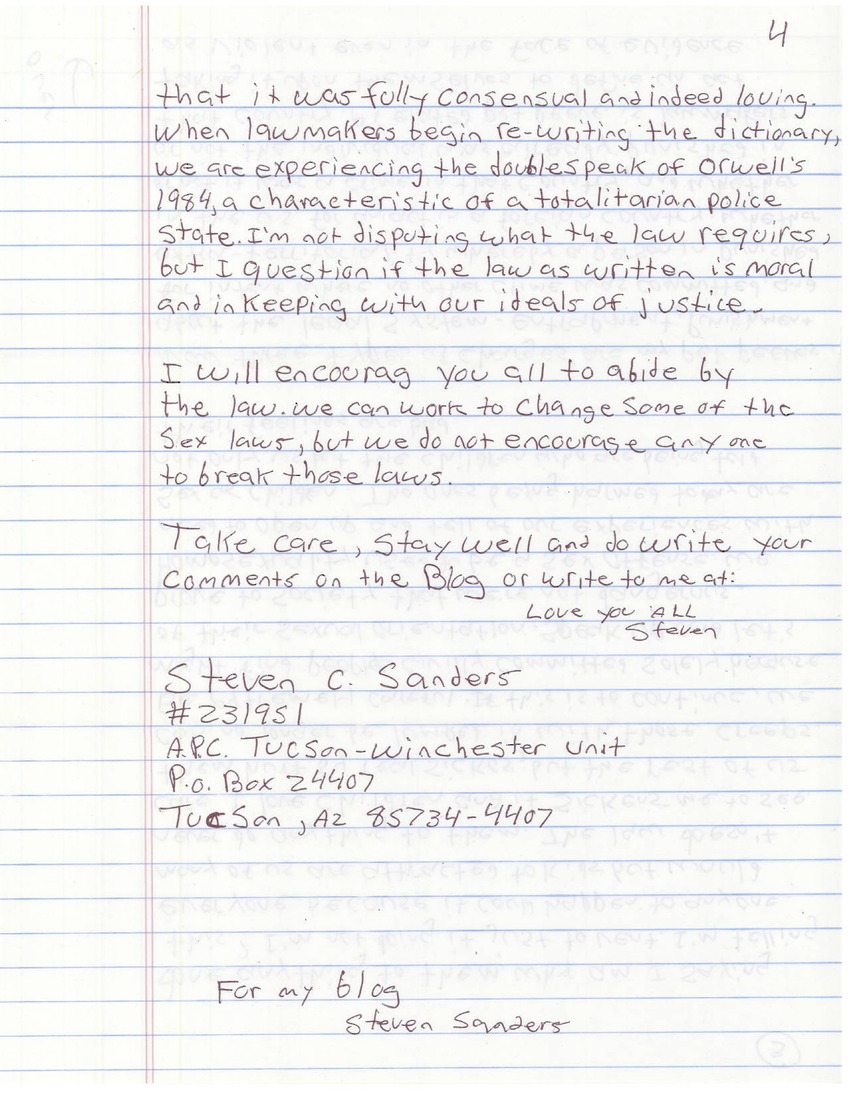 May this Christmas bring more wisdom to the way we look at the world and more love to the way we live in it. Regardless of what religious feeling you bring to the Christmas season, we can all enjoy the spirit of joy and giving, and especially the joy of children. As I am a sex offender, my blog will have lots of sex offender news. And some of my life stories.

Chelsea's Law
News item: anyone convicted of certain sex offenses against a child in California will get life in prison without parole after Gov. Arnold Schwarzenegger signed "Chelsea's Law".
Steven's comments: I have also seen a news item complaining that this law will cost the state hundreds of millions of dollars to keep people in prison longer. Personally, I hope that there will be a court challenge to overturn this law. It is clearly unreasonable. It is an extreme example of the type of law that was cited in a recent book about sex offender laws. Namely that such laws tend to get enacted in response to sensational cases without consideration of their effectiveness or their cost.

Confessions in a Required Treatment Program
A man who confessed to "sexually assaulting" more than 20 children cannot be sentenced for this because his admission was legally inadmissible, according to a ruling by the Third District Wisconsin Court of Appeals. A person who was on probation for a prior offense had made the admission while participating in a court-ordered sex offender treatment. The court ruled that it violated the federal and constitution to use this information in a re-sentencing by a judge.

Let me know any comments you may have to my news item.

Steven's Life
I didn't choose to be attracted to children. I'm sure my experience as a 5-year-old boy exposed to sex with the neighbor boys and enjoying having the older boys "playing with me" helped create my attraction. I remember how much fun it was for me and to be with some neighbor men.

I could never force anyone, especially not a child, to do anything against their will. I wouldn't even suggest it. I was a nudist and have been around naked children. I never was a danger to them. I was also a school teacher. I had hundreds of kids hang on me, crawl on me, and sit on my lap. Not once would i have done anything to them.

Why am I saying this? I'm not doing it just to vent. I'm telling everyone because it could happen to anyone. Many of us are attracted to kids but would never do anything to them. The law doesn't care.

I love children and it sickens me to see them hurt by real sickos. But the rest of us can no longer be lumped in with those creeps. Be extremely careful. If this is to continue, we might find people civilly committed solely because of their sexual orientation. Speak up and let's prove to society that we're not dangerous. Homosexuality used to be a sex offense. We need to open up and tell our experiences with sex as children. The ones being harmed today are not only us but the children who are being told their feelings are bad.

Now three types of charges are my pet peeves about the legal system: entrapment, punishment for intent where no crime was committed, and extraterritoriality whereby a person is punished in the U.S. for an act in a foreign country, whether or not it was a crime in that country and whether or not the individual was already punished in that country. A related pet peeve is lawmakers taking it upon themselves to define an act as violent, even in the face of evidence that it was fully consensual and indeed loving. When lawmakers being rewriting the dictionary, we are experiencing the double speak of Orwell's 1984, a characteristic of a totalitarian police state. I'm not disputing what the law requires, but I do question if the law as written is moral and in keeping with our ideals of justice.

I will encourage you all to abide by the law. We can work to change some of the sex laws, but we do not encourage anyone to break the laws.

Take care, stay well, and do write your comments on the blog. Or write to me.

Love you all,
Steven