Sex Offenders and the Lies You Hear 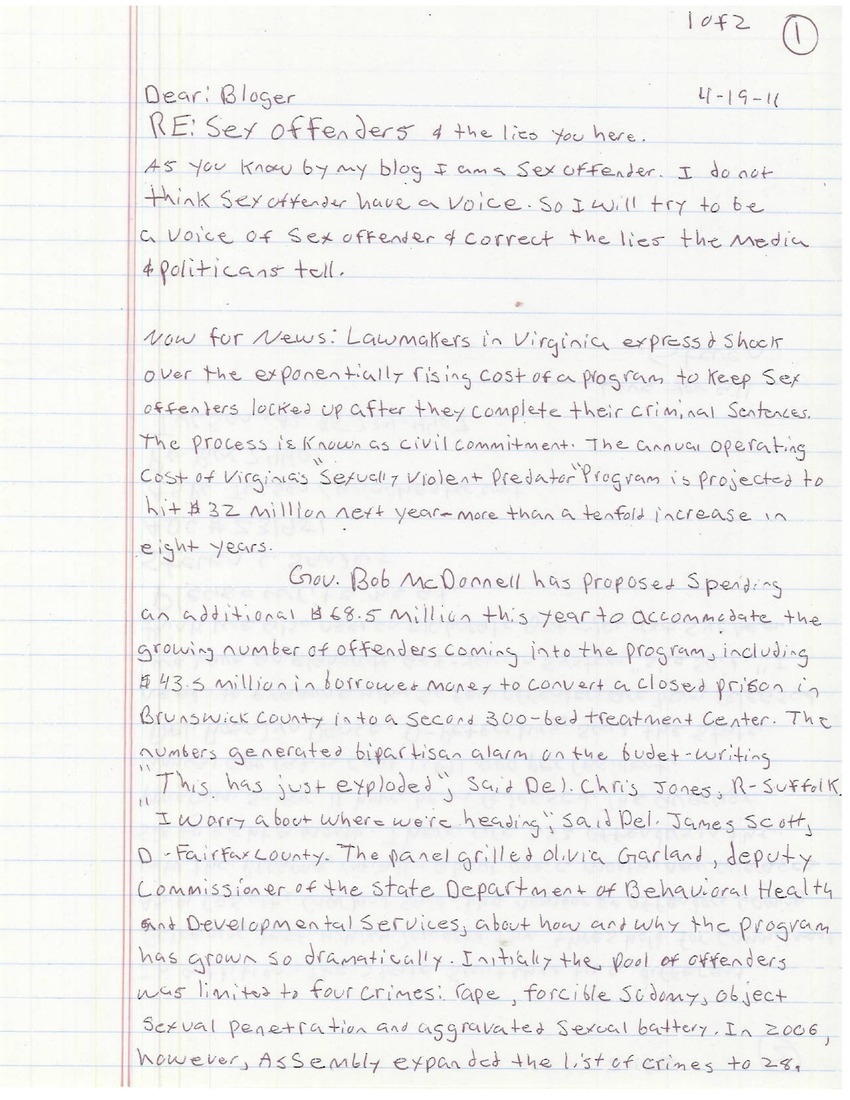 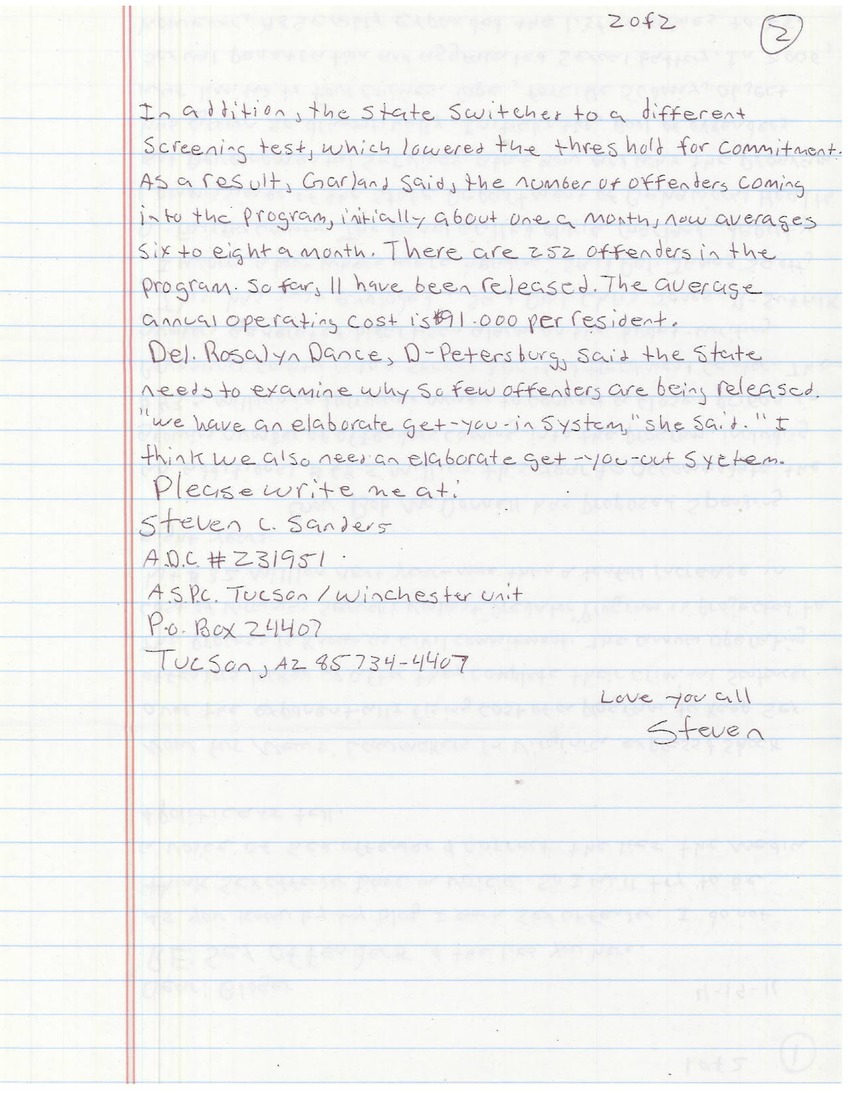 As you know by my blog, I am a sex offender. I do not think sex offenders have a voice. So I will try to be a voice of sex offenders and correct the lies the media and politicians tell.

Now for the news: Lawmakers in Virginia express shock over the exponentially rising cost of a program to keep sex offenders locked up after they complete their criminal sentences. The process is known as civil commitment. The annual operating cost of Virginia's "Sexually Violent and Predator Program" is projected to hit $32 million next year—more than a tenfold increase in eight years.

Gov. Bob McDonnell has proposed spending an additional $68.5 million this year to accommodate the growing number of offenders coming into the program, including $43.5 million in borrowed money to convert a closed prison in Brunswick county into a second 300-bed treatment center. The numbers generated bipartisan alarm on the budget-writing. "This has just exploded," said Del. Chris Jones, R-Suffolk. "I worry about where we're heading," said Del. James Scott, D-Fairfax County.

The panel grilled Olivia Garland, deputy commissioner of the State Department of Behavioral Health and Development Services, about how and why the program has grown so dramatically. Initially, the pool of offenders was limited to four crimes: rape, forceful sodomy, object sexual penetration, and aggravated sexual battery. In 2006, however, Assembly expanded the list of crimes to 28. In addition, the state switches to a different screening test, which lowered the threshold for commitment. As a result, Garland said, the number of offenders coming into the program—initially once a month—now averages six to eight a month.

There are 352 offenders in the program. So far, 11 have been released. The average annual operating cost is #91,000 per resident.

Please write me at:

Love you all,
Steven