Reply ✍ Transcribed
From True Stories from the Inside by Edward Coleman (author's profile)
Share this:
uploaded July 13, 2014.  Original (PDF) 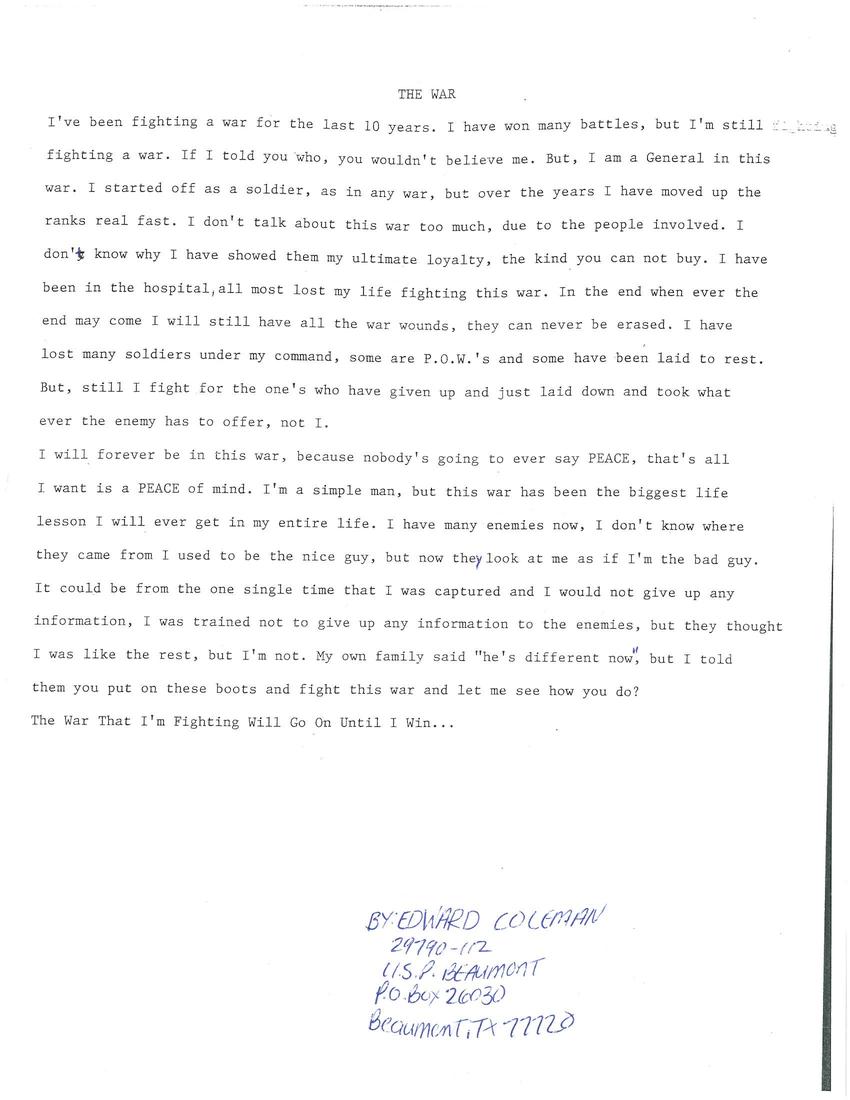 I've been fighting a war for the last 10 years. I have won many battles, but I'm still fighting a war. If I told you who, you wouldn't believe me. But, I am a General in this war. I started off as a soldier, as in any war, but over the years I have moved up in the ranks real fast. I don't talk about this war too much, due to the people involved. I don't know why I have showed them my ultimate loyalty, the kind you can not buy. I have been in the hospital, almost lost my life fighting this war. In the end, whenever the end may come I will still have all the war wounds, they can never be erased. I have lost many soldiers under my command, some are POWs and some have been laid to rest. But still I fight for the ones who have given up and just laid down and took whatever the enemy has to offer, not I.

I will forever be in this war because nobody's going to ever say PEACE, that's all I want is a PEACE of mind. I'm a simple man, but this war has ben the biggest life lesson I will ever get in my entire life. I have many enemies now. I don't know where they came from. I used to be the nice guy, but now they look at me as If I'm the bad guy. It could be from the one single time that I was captured and I would not give up any information. I was trained not to give up any information to the enemies, but they thought I was like the rest, but I'm not. My own family said, "He's different now." But I told them you put on those boots and fight this war and let me see how you do?

The War That I'm Fighting ill Go On Until I Win...