Proof There's a God Without the Bible 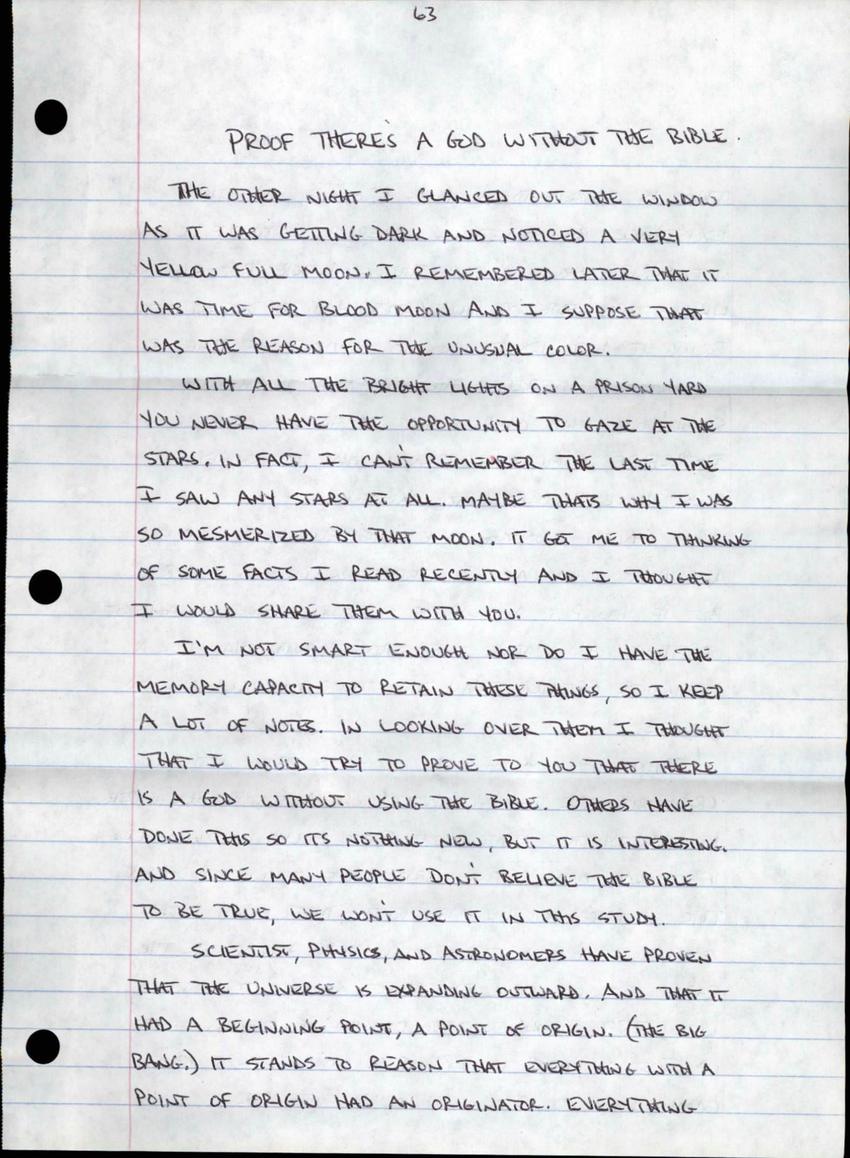 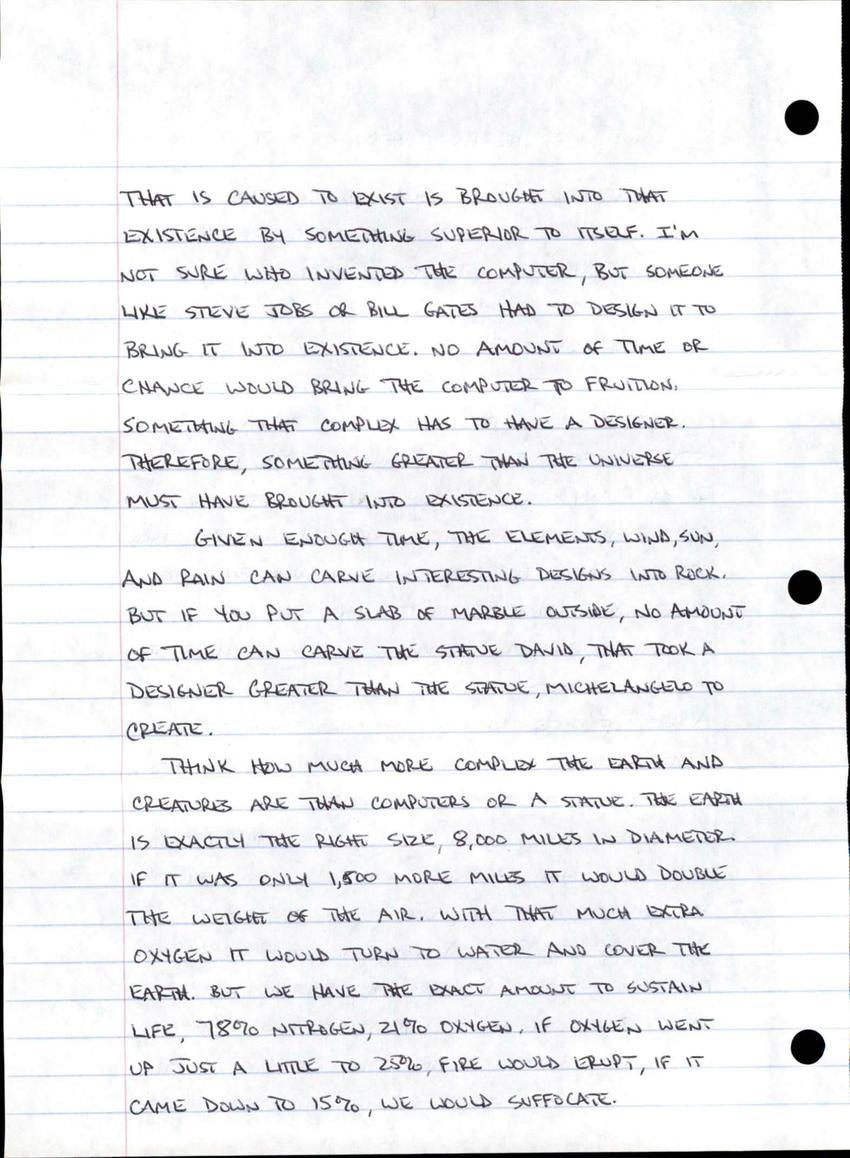 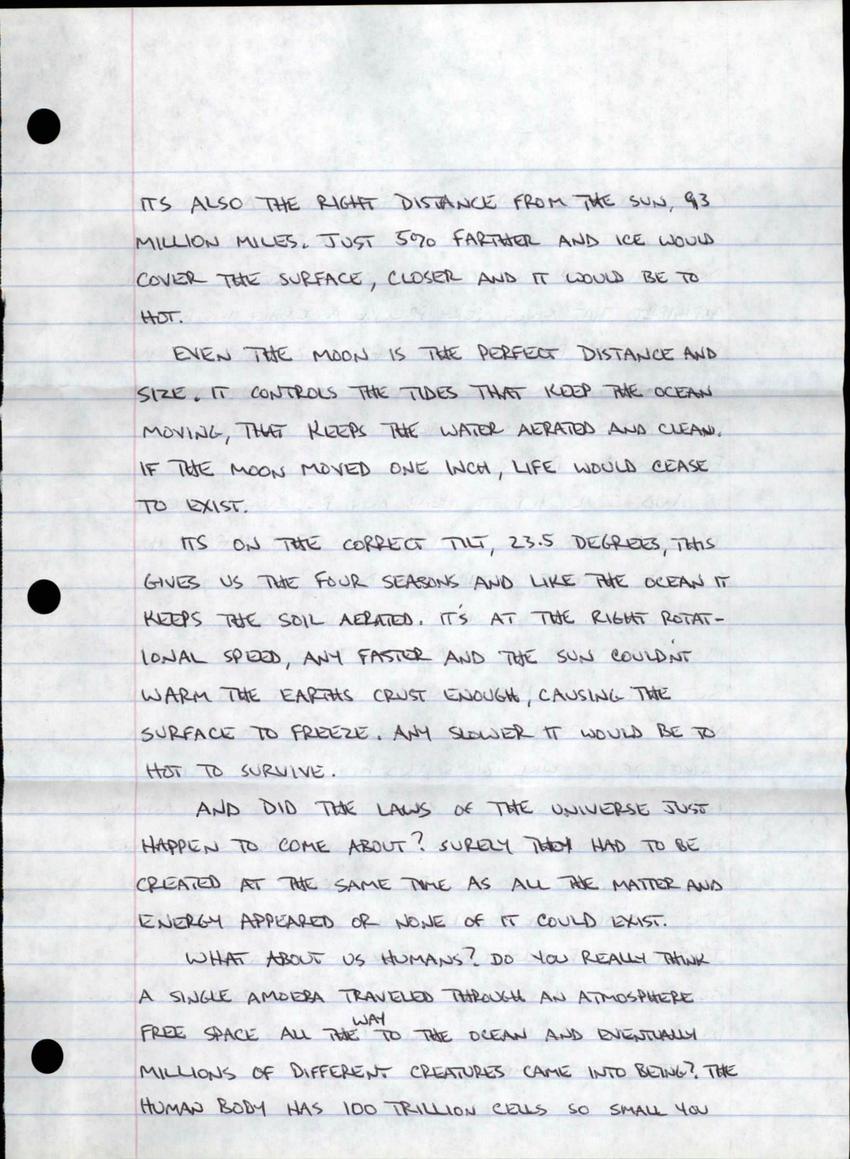 Proof There's a God without The Bible

The other night I glanced out the window as it was getting dark and noticed a very yellow full moon. I remembered later that it was time for blood moon and I suppose that was the reason for the unusual color.

With all the bright lights on a prison yard you never have the opportunity to gaze at the stars. In fact, I can't remember the last time I saw any stars at all. Maybe that's why I was so mesmerized by that moon. It got me to thinking of some facts I read recently and I thought I would share them with you.

I'm not smart enough nor do I have the memory capacity to retain these things, so I keep a lot of notes. In looking over them I thought that I would try to prove to you that there is a God without using The Bible. Others have done this so it's nothing new, but it is interesting. And since many people don't believe The Bible to be true, we won't use it in this study.

Scientists, physicists, and astronomers have proven that the universe is expanding outward. And that it had a beginning point, a point of origin. (The Big Bang.) It stands to reason that everything with a point of origin had an originator. Everything that is caused to exist is brought into that existence by something superior to itself. I'm not sure who invented the computer, but someone like Steve Jobs or Bill Gates had to design it to bring it into existence. No amount of time or chance would bring the computer to fruition. Something that complex has to have a designer. Therefore, something greater than the universe must have brought it into existence.

Given enough time, the elements, wind, sun, and rain can carve interesting designs into rock. But if you put a slab of marble outside, no amount of time can carve the statue David, that took a designer greater than the statue, Michaelangelo to create.

Think how much more complex the Earth and creatures are than computers or a statue. The Earth is exactly the right size, 8,000 miles in diameter. If it was only 1,500 more miles it would double the weight of the air. With that much extra oxygen it would turn to water and cover the Earth. But we have the exact amount to sustain life, 78% nitrogen, 21% oxygen. If oxygen went up just a little to 25%, fire would erupt, if it came down to 15%, we would suffocate.

It's also the right distance from the sun, 93 million miles. Just 5% farther and ice would cover the surface, closer and it would be to hot.

Even the moon is the perfect distance and size. It controls the tides that keep the ocean moving, that keeps the water aerated and clean. If the moon moved one inch, life would cease to exist.

It's on the correct tilt, 23.5 degrees, this gives us the four seasons and like the ocean it keeps the soil aerated. It's at the right rotational speed, any faster and the sun couldn't warm the Earth's crust enough, causing the surface to freeze. Any slower it would be to hot to survive.

And did the laws of the universe just happen to come about? Surely they had to be created at the same time as all the matter and energy appeared or none of it could exist.

What about us humans? Do you really think a single amoeba travelled through an atmosphere free space all the way to the ocean and eventually millions of different creatures came into being? The human body has 100 trillion cells so small you...

You never cease to amaze me you study and comprehend a lot more than you realize. I am so thankful for your writing and for it getting published by between the bars. I am so proud of you and I love you with all my heart. you are forever in my prayers.
Love
mom
Hi Joe,

This is Jeff Murray, your childhood friend, and later on in the 80s, your fellow church friend. I thought about you recently, and thought I would write to you. Just a friendly note to say "hi". Let me know if you get this message.

Jeff
12/21/2014
Hey Joe, this is Karen Lell Watson. I guess you remember me. I have thought about you often. I am so sorry about things that happened. I hope you are ok. Hope you can write me back. My email is karen.watson1224@gmail.com. Take care of yourself and keep the faith.

Karen
Love ya cuz !I love getting to read behind the bars, It keeps us close to you , Take care and cant wait for another post ,,, Pam