The Illusion of Hood Day 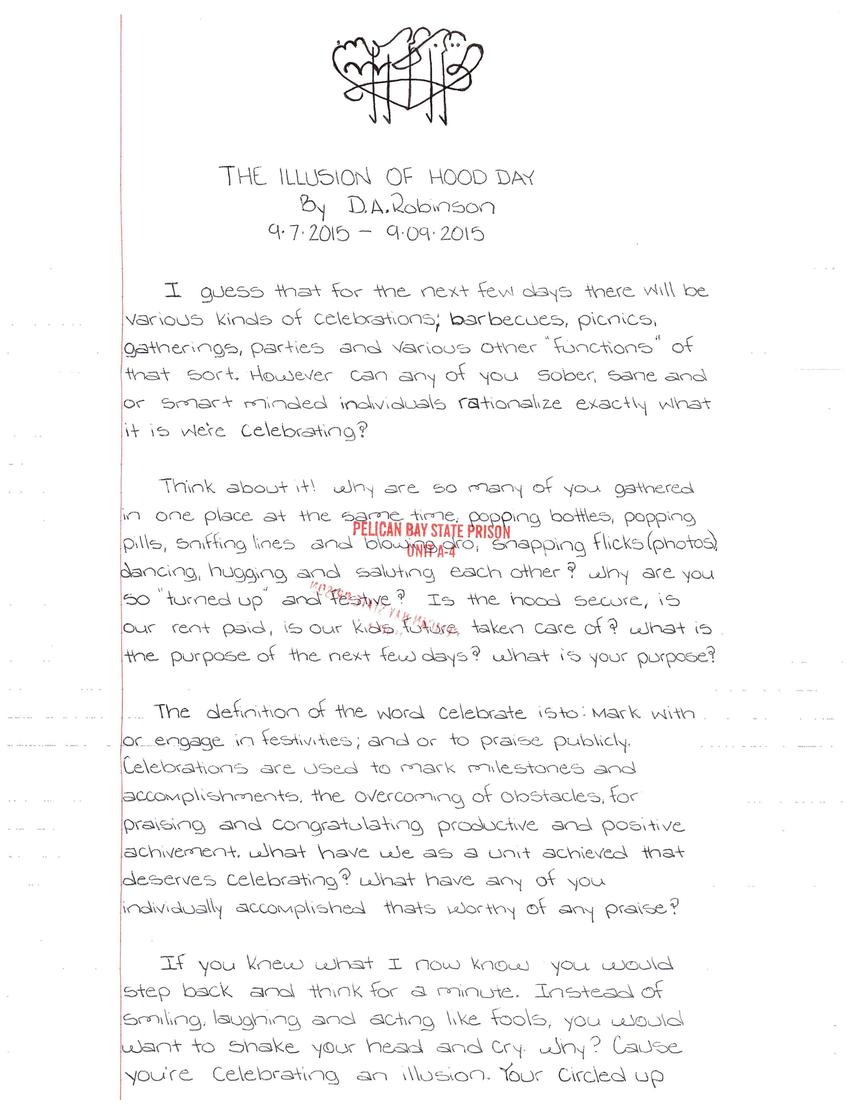 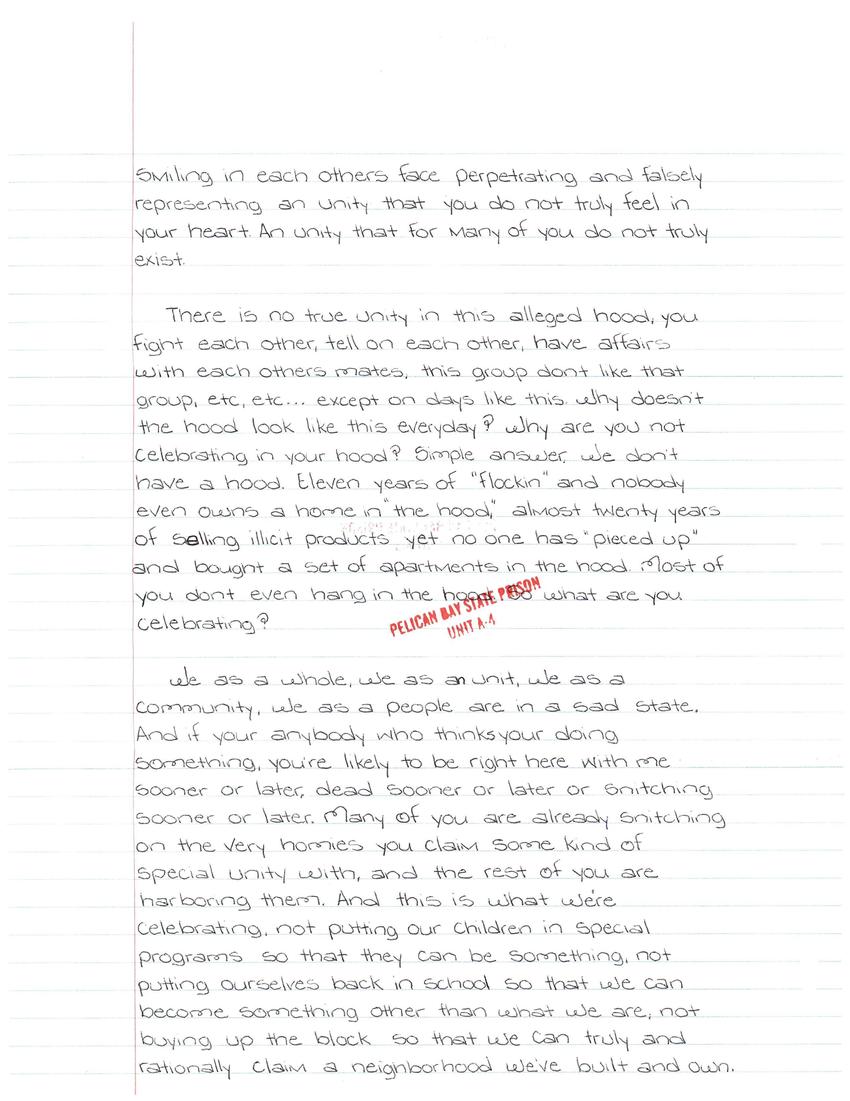 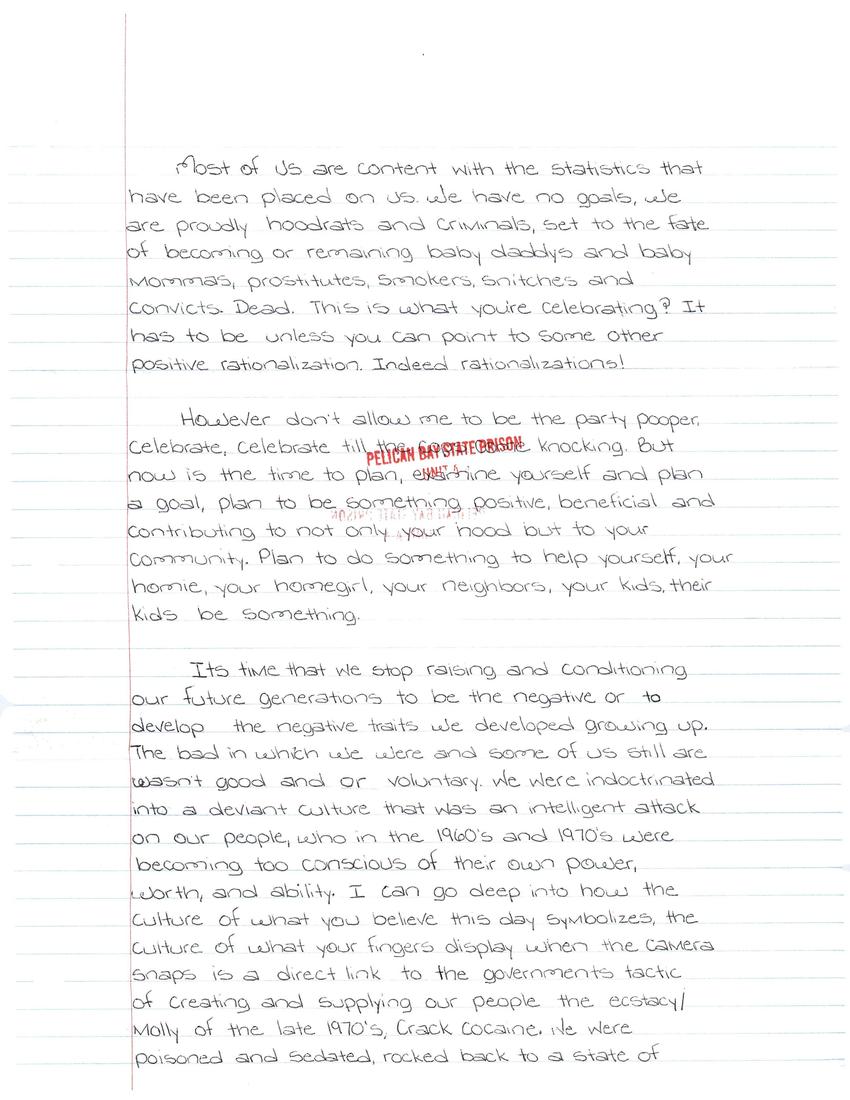 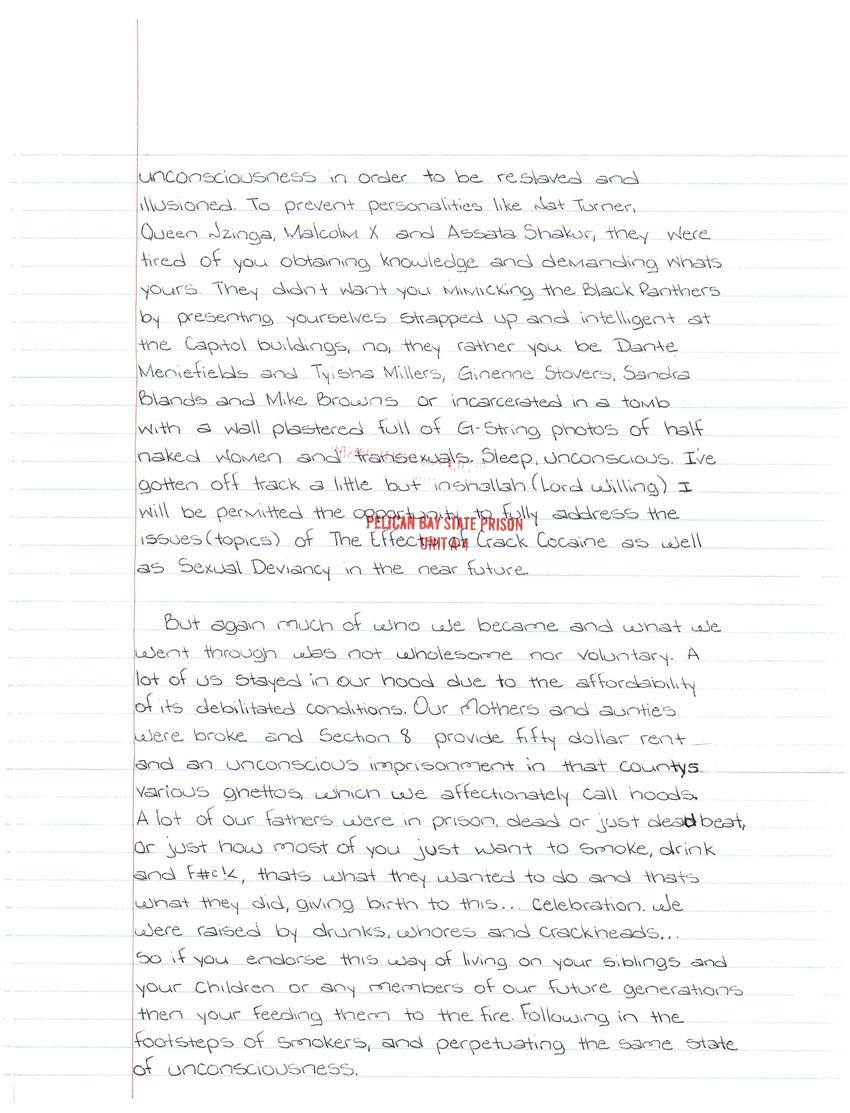 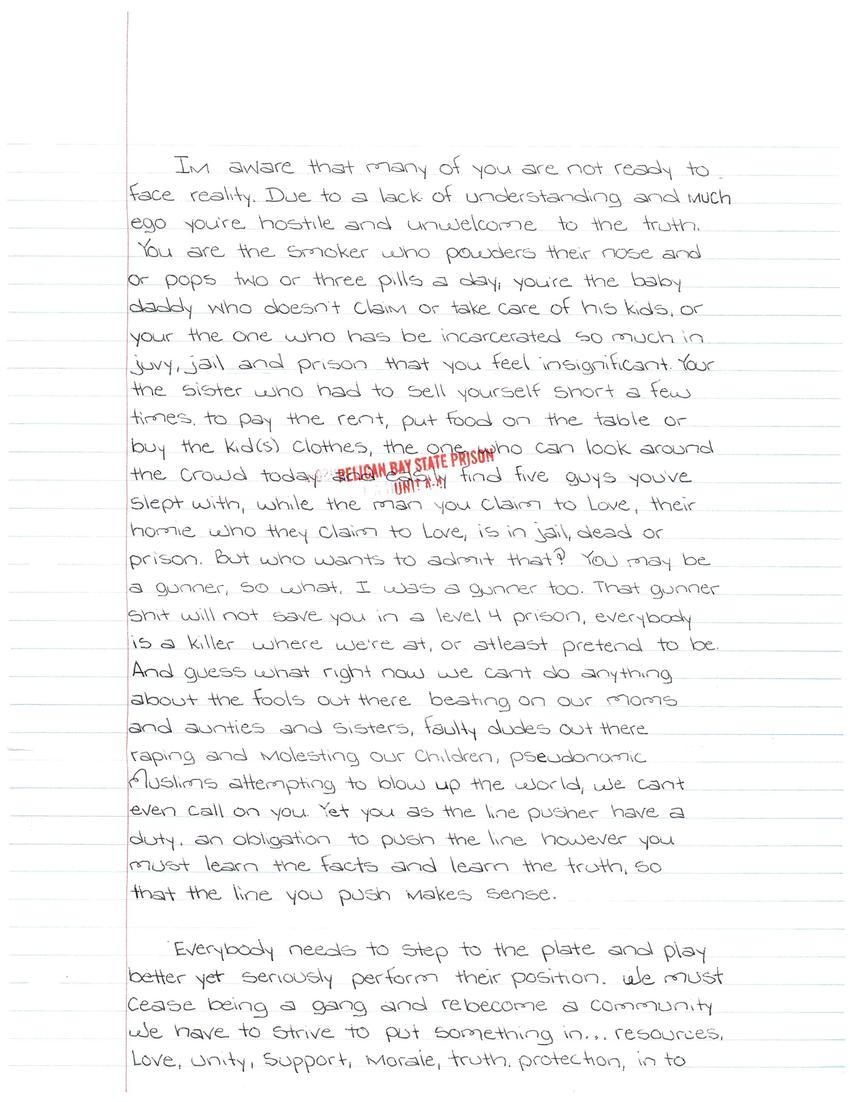 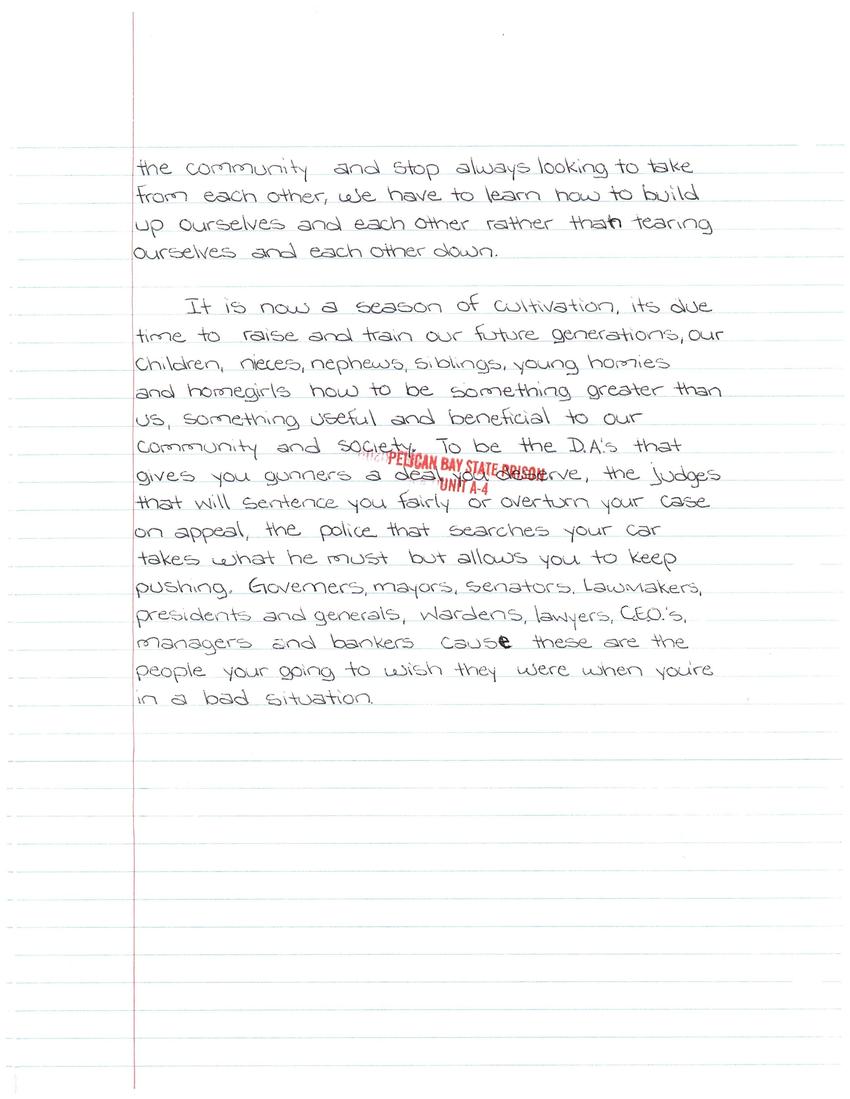 I guess that for the next few days there will be various kinds of celebrations: barbecues, picnics, gatherings, parties and various other "functions' of that sort. However, can any of you sober, sane and/or smart-minded individuals rationalize exactly what it is we're celebrating?

Think about it! Why are so many of you gathered in one place at the same time, popping bottles, popping pills, sniffing lines and blowing dro, snapping flicks (photos), dancing, hugging, and saluting each other? Why are you so "turned up" and festive? Is the hood secure, is our rent paid, is our kids' future taken care of? What is the purpose of the next few days? What is your purpose?

The definition of the word celebrate is to: mark with or engage in festivities; and or to praise publicly. Celebrations are used to mark milestones and accomplishments, the overcoming of obstacles, for praising and congratulating productive and positive achievement. What have we as a unit achieved that deserves celebrating? What have any of you individually accomplished that's worthy of any praise?

If you knew what I know now, you would step back and think for a minute. Instead of smiling, laughing, and acting like fools, you would want to shake your head and cry. Why? 'Cause you're celebrating an illusion. You circled up smiling in each other's faces pertaining and falsely representing a unity that you do not truly feel in your heart. A unity that for many of you does not truly exist.

There is no true unity in this alleged hood, you fight each other, tell on each other, have affairs with each other's mates, this group doesn't like that group, etc., etc... expect on days like this. Why doesn't the hood look like this every day? Why are you not celebrating in your hood? Simple answer: we don't have a hood. Eleven years of "flockin'" and nobody even owns a home in "the hood." Almost twenty years of sailing illicit products yet no one has "pieced up" and brought a set of apartments in the hood. Most of you don't even hang in the hood, so what are you celebrating?

We as a whole, we as a unit, we as a community, we as a people are in a sad state. And if you're anybody who thinks you're doing something, you're likely to be right here with me sooner or later or snitching sooner or later. Many of you are already snitching on the very homes you claim some kind of special unity with, and the rest of you are harboring them. And this is what we're celebrating. Not putting our children in special programs so that they can be something, not putting ourselves back in school so that we can become something other than what we are, not buying up the block so that we can truly and rationally claim a neighborhood we've built and own.

Most of us are content with the statistics that have been placed on us. We have no goals, we are proudly hoodrats and criminals, set to the fate of becoming or remaining baby daddys and baby mommas, prostitutes, smokers, snitches, and convicts. Dead. This is what you're celebrating? It has to be, unless you can point to some other positive rationalization. Indeed, rationalizations!

However, don't allow me to be the party pooper. Celebrate, celebrate till the cops come knocking. But now is the time to plan, examine yourself and plan a goal, plan to be something positive, beneficial, and contributing to not only your hood but to your community. Plan to do something to help yourself, your hommie, your homegirl, your neighbors, your kids, their kids—be something.

It's time that we stop raising and conditioning our future generations to be the negative or to develop the negative traits we developed growing up. The bad in which we were and some of us still are wasn't good and or voluntary. We were indoctrinated into a deviant culture that was an intelligent attack on our people, who in the 1960s and 1970s, were becoming too conscious of their own power, worth, and ability. I can go deep into how the culture of what you believe this day symbolizes the culture of what your fingers display when the camera snaps a direct link to the government's tactics of creating and supplying our people the ecstasy/Molly of the late 1970s, crack cocaine. We were poisoned and sedated, rocked back to a state of unconsciousness in order to be reslaved and delusional. To prevent personalities like Nat Turner, Queen Nzinga, Malcolm X, and Assata Shakur. They were tired of you obtaining knowledge and demanding what's yours. They didn't want you mimicking the Black Panthers by presenting yourselves strapped up and intelligent at the capital buildings. No, they rather you be Dante Meniefields and Tyisha Millers, Ginenne Stovers, Sandra Blands, and Mike Browns, or incarcerated in a tomb with a wall plastered full of g-string photos of half-naked women and transsexuals. Sleep, unconscious.

I've gotten off track a little bit, but inshallah (Lord willing), I will be permitted the opportunity to fully address the issues (topics) regarding the effects of crack cocaine as well as sexual deviancy in the near future.

But again, much of who we became and what we went through was not wholesome nor voluntary. A lot of us stayed in our hood due to the afford-ability of its debilitated conditions. Our mothers and aunties were broke, and Section 8 provided fifty dollar rent and an unconscious imprisonment in that county's various ghettos, which we affectionately call hoods. A lot of our fathers were in prison, dead, or just dead beat, or just how most of you just want to smoke, drink, and f#ck, that's what they wanted to do and that's what they did. Giving birth to this.... celebration. We were raised by drunks, whores, and crackheads.

So if you endorse this way of living on your siblings and your children or any member of our future generations, then you're feeding them to the fire. Following in the footsteps of smokers and perpetuating the same state of unconsciousness.

I'm aware that many of you are not ready to face reality. Due to a lack of understanding and too much ego, you're hostile and unwelcome to the truth. You are the smoker who powders their nose or pops two or three pills a day. You're the baby daddy who doesn't claim nor take care of his kids. Or you're the one who has been incarcerated so much in juvy, jail, and prison that you feel insignificant. you're the sister who had to sell yourself short a few times to pay the rent, put food on the table, or by the kid(s)' clothes, the one who can look around the crowd today and easily find five guys you've slept with while the man you claim to love, their homie they claim to love, is in jail, dead or in prison. But who wants to admit that? You may be a gunner, so what?

I was a gunner too. That gunner shit will not save you in a level 4 prison. Everybody is a killer where we're at or at least pretending to be. And guess what? Right now we can't do anything about the fools out there beating on our moms, aunties, and sisters. Faulty dudes out there raping and molesting our children. Pseudonomic Muslims attempting to blow up the world. We can't even call on you.

Yet you, as the line pusher, have a duty, an obligation to push the line. However, you must learn the facts and learn the truth so that line you push makes sense.

Everybody needs to step up to the plate and play. Better yet, seriously perform their position. We must cease being a gang and rebecome a community. We have to strive to put something in. Resources, love, unity, support, morale, truth, protection into the community. And stop looking to take from each other. We have to learn how to build up ourselves and each other, rather than tearing ourselves and each other down.

It is now a season of cultivation. It's due time to raise and train our future generations—our children, nieces, nephews, siblings, young homies and homegirls—how to be something greater than us, something useful and beneficial to our community and society. To be the DAs that gives you gunners a deal you deserve. The judges that will sentence you fairly or overturn your case on appeal. The police that searches your car, takes what he must, but allows you to keep pushing. Governors, mayors, senators, lawmakers, presidents, generals, wardens, lawyers, CEOs, managers, and bankers. 'Cause these are the people you're going to wish they were when you're in a bad situation.