The Question Of Race 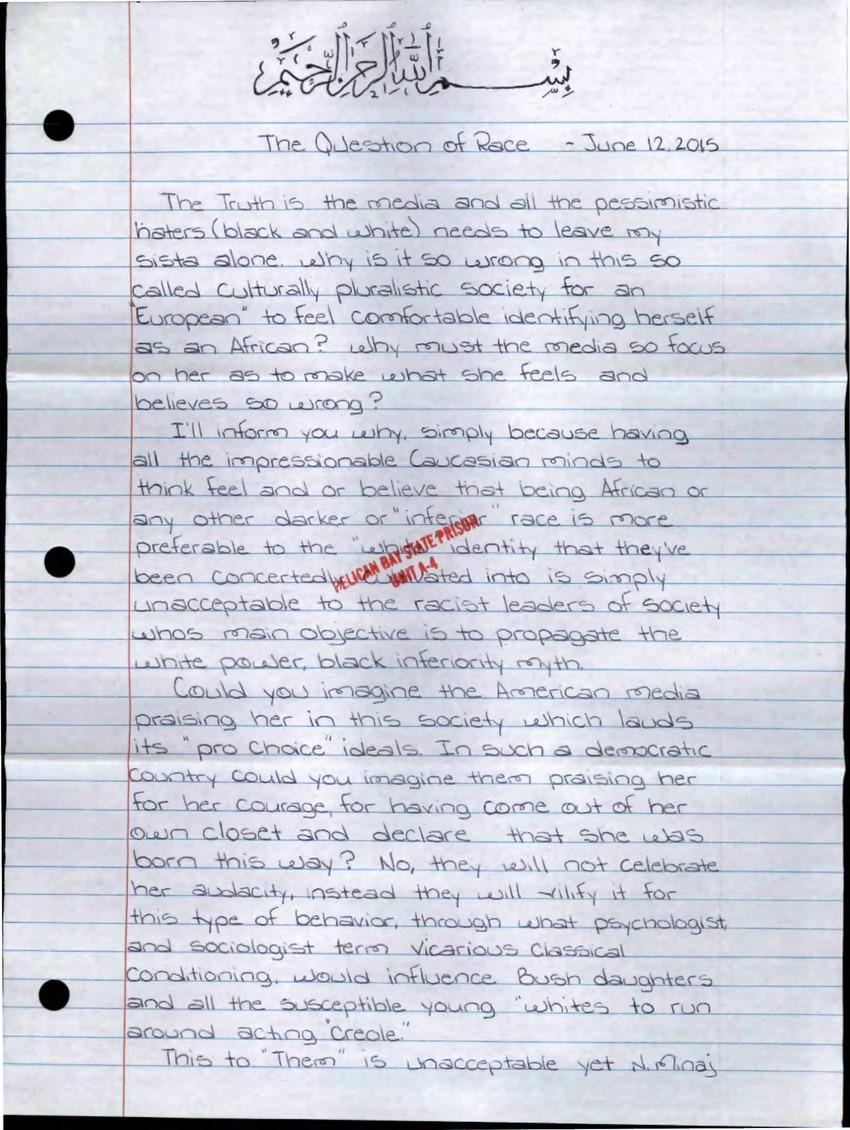 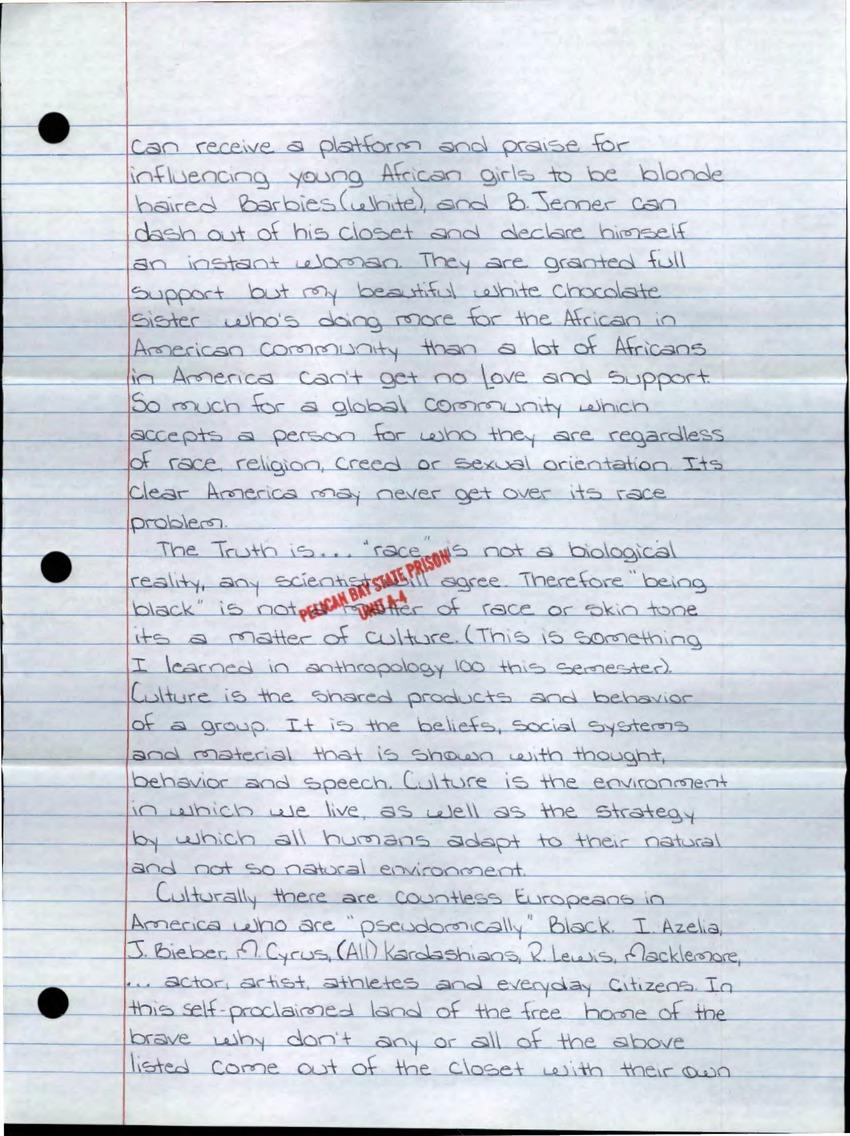 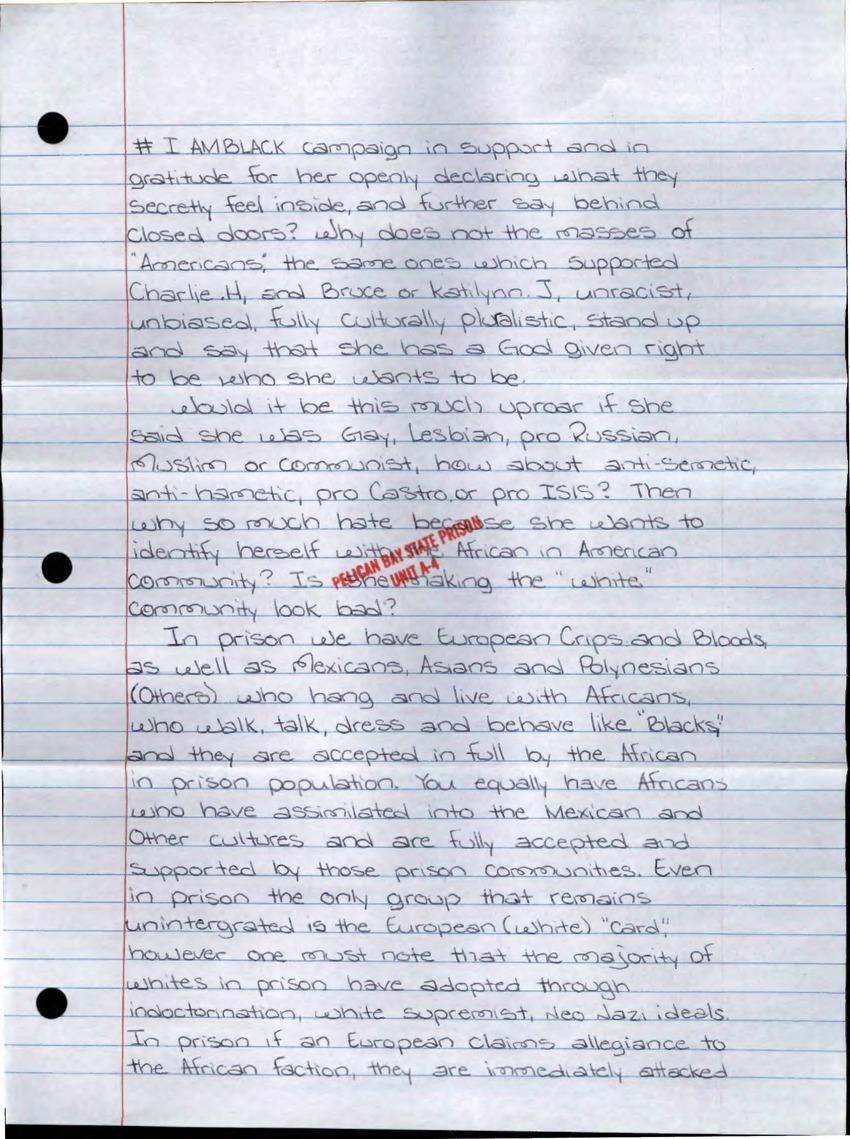 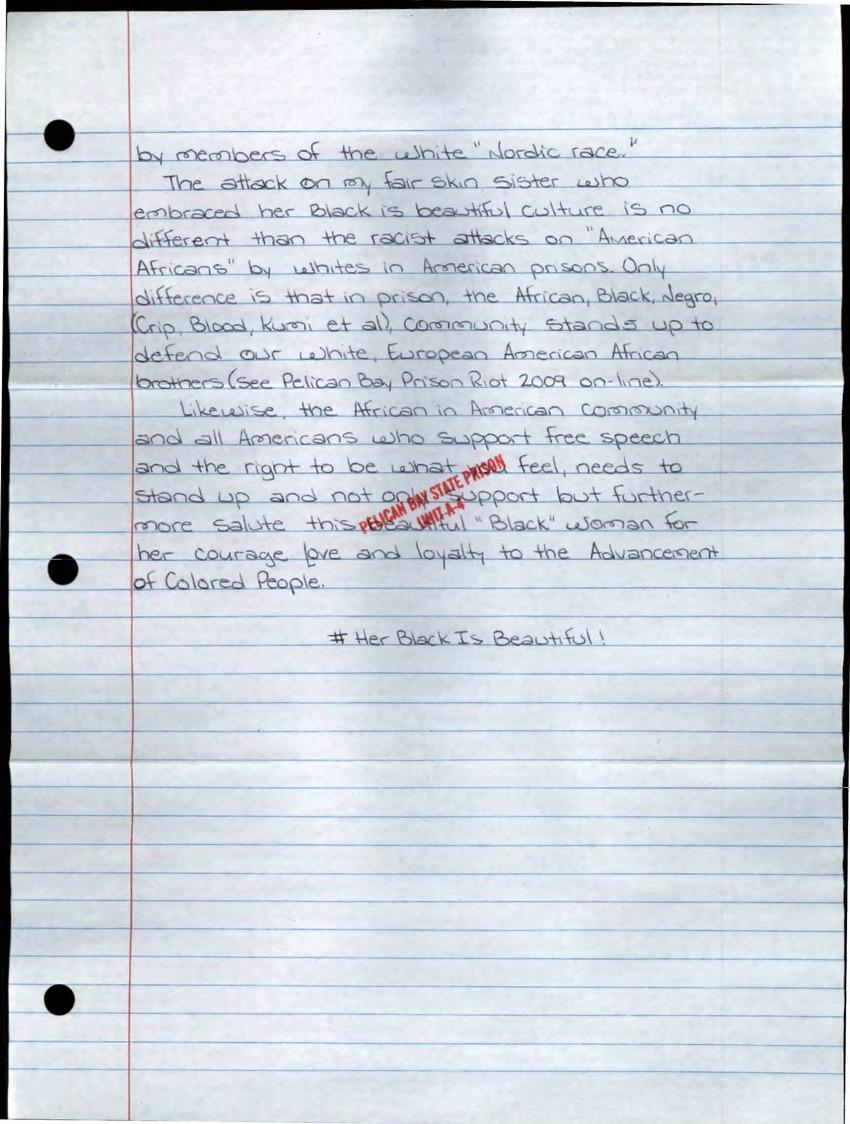 The Truth is... the media and all the pessimistic haters (black and white) needs to leave my sista alone. Why is it so wrong in this so called culturally pluralistic society for an "European" to feel comfortable identifying herself as an African? Why must the media so focus on her as to make what she feels and believes so wrong?

I'll inform you why: simply because having all the impressionable Caucasian minds to think, feel, and/or believe that being African or any other darker or "inferior" race is more preferable to the "white" identity that they've been concertedly cultivated into is simply unacceptable to the racist leaders of society whose main objective is to propagate the white power, black inferiority myth.

Could you imagine the American media praising her in this society which lauds its "pro choice" ideals? In such a Democratic country, could you imagine them praising her for her courage for having come out of her own closet and declare that she was born this way? No, they will not celebrate her audacity. Instead they will vilify it for this type of behavior through what psychologists and sociologists term vicarious classical conditioning. Would influence Bush daughters and all the susceptible young "whites" to run around acting "creole."

This to "them" is unacceptable yet N. Minaj can receive a platform and praise for influencing young African girls to be blonde haired Barbies (white) and B. Jenner can dash out of his closet and declare himself an instant woman. They are granted full support. But my beautiful white chocolate sister who's doing more for the African in American communities than a lot of Africans in America can't get no love and support. So much for a global community which accepts a person for who they are regardless of race, religion, creed, or sexual orientation. It's clear America may never get over its race problem.

The Truth is... "race" is not a biological reality. Any scientist will agree. Therefore being "black" is not a matter of race or skin tone: it's a matter of culture. This is something I learned in anthropology 100 this semester. Culture is the shared products and behavior of a group. It is the beliefs, social systems, and material that is shown with thought, behavior, and speech. Culture is the environment in which we live, as well as the strategy by which all humans adapt to their natural and not so natural environment.

Culturally there are countless Europeans in America who are "pseudomically" Black. I. Azelia, J. Bieber, M. Cyrus, all Kardashians, R. Lewis, Macklemore, actors, artists, athletes, and everyday citizens. In this self-proclaimed land of the free, home of the brave, why don't any or all of the above listed come out of the closet with their own #IAMBLACK campaign in support and in gratitude for her openly declaring what they secretly say inside and further say behind closed doors? Why does not the masses of "Americans," the same ones who supported Charlie H., and Bruce or Kaitlynn J., unracist, unbiased, fully culturally pluralistic, stand up and say that she has a God given right to be who she wants to be?

Would it be this much uproar if she said she was gay, lesbian, pro Russian, Muslim, or communist? How about anti-semitic, anti-hametic, pro Castro or pro ISIS? Then why so much hate because she wants to identify herself with the Africans in American community? Is she making the "white" community look bad?

In prison we have European Crips and Bloods, as well as Mexicans, Asians, and Polynesians (others) who hang and live with Africans who walk, talk, dress, and behave like "Blacks." They are accepted in full by the Africans who have assimilated into the Mexican and other cultures and are fully accepted and supported by those prison communities. Even in prison the only group that remains unintegrated is the European (white) "card", however, one must note that the majority of whites in prison have adopted through indoctrination, white supremacist, neo Nazi ideals. In prison if an European claims allegiance to the African faction, they are immediately attacked by members of the white "Nordic race."

The attack on my fair skin sister who embraced her Black is beautiful culture is no different than the racist attacks on "American Africans" by whites in American prisons. Only difference is that in prison, the African, Black, Negro, Crip, Blood, Kumi, et al, community stands up to defend our white, European American African brothers (see Pelican Bay Prison Riot 2009 online).

Likewise, the African in American communities and all Americans who support free speech and the right to be what you feel needs to stand up and not only support but furthermore salute this beautiful "Black" woman for her courage, love, and loyalty to the Advancement of Colored People.