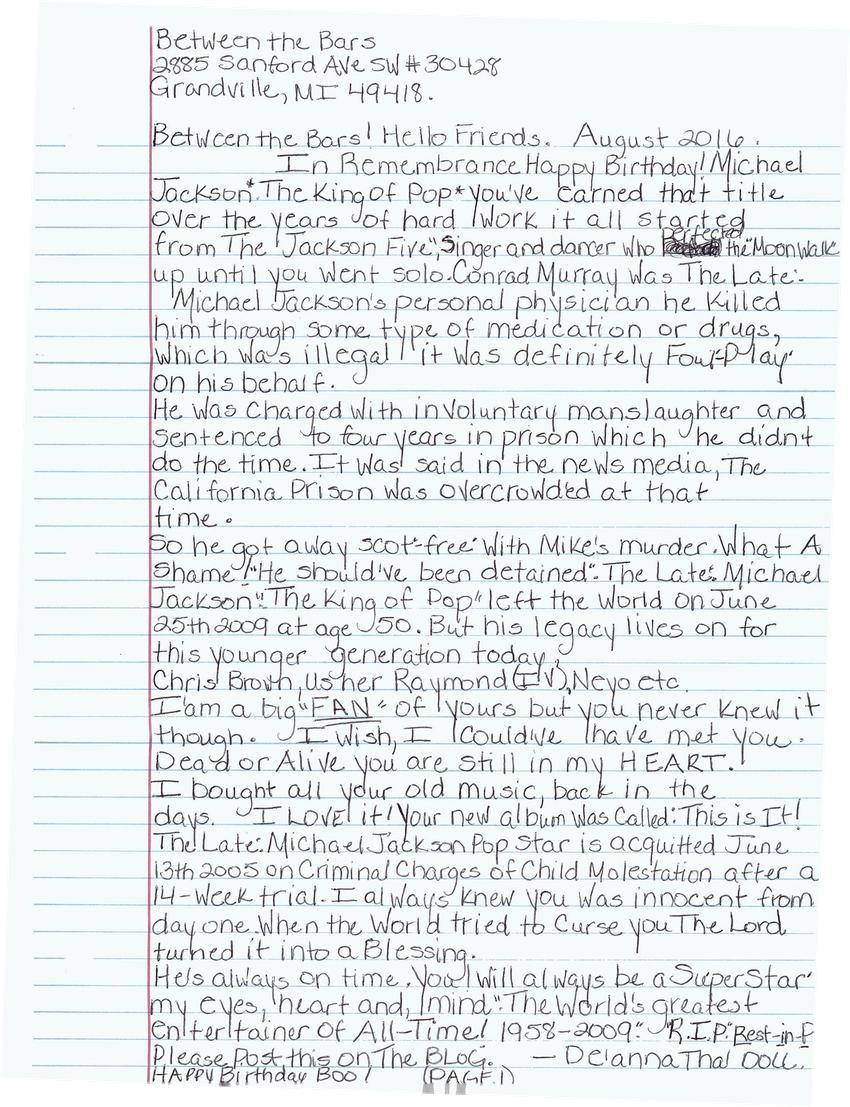 Between the Bars! Hello friends.

In remembrance: happy birthday, Michael Jackson! The King of Pop. You've earned that title over the years of hard work. It all started from The Jackson Five, singer and dancer who perfected "the moonwalk" up until you went solo. Conrad Murray was the late Michael Jackson's personal physician. He killed him through some type of medication or drugs, which was illegal. It was definitely foul play on his behalf.

He was charged with involuntary manslaughter and sentenced to four years in prison, which he didn't do the time. It was said in the news media, the California prison was overcrowded at that time.

So he got away scot-free with Mike's murder. What a shame! He should've been detained. The late Michael Jackson "The King of Pop" left the world on June 25th 2009 at age 50. But his legacy lives on for this younger generation today. Chris Brown, Usher Raymond (IV), Neyo, etc.

I'm a big fan of yours but you never knew it though. I wish I could have met you. Dead or alive, you are still in my HEART. I bought all your old music, back in the days. I LOVE IT! Your new album was called This is It!

The late Michael Jackson pop star is acquitted June 13th 2005 on criminal charges of child molestation after a 14-week trial. I always knew you was innocent from day one. When the world tried to curse you, the Lord turned it into a blessing.