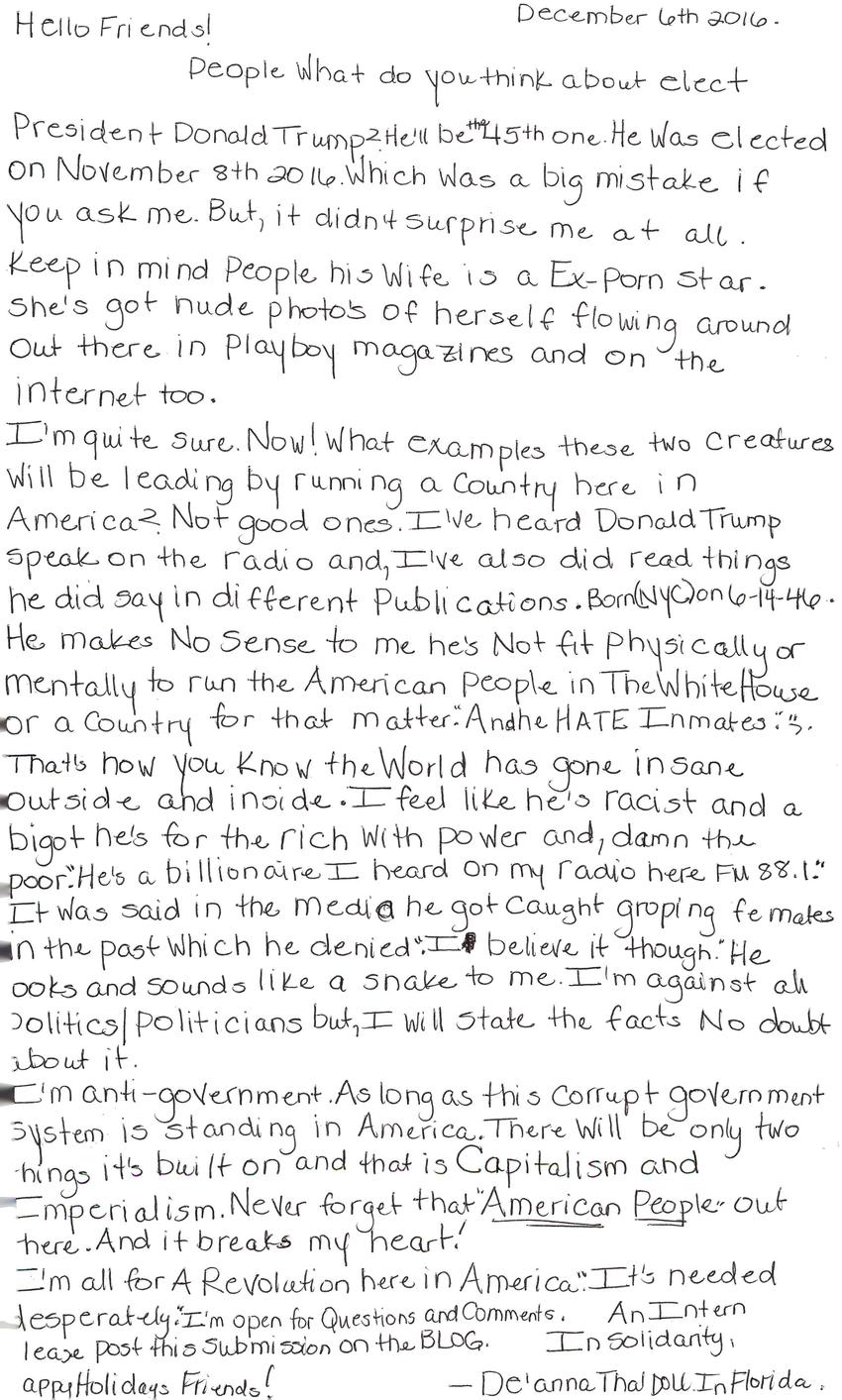 People, what do you think about president elect Donald Trump? He'll be the 45th one. He was elected on November 8, 2016, which was a big mistake if you ask me. But it didn't surprise me at all. Keep in mind, people, his wife is an ex-porn star. She's got nude photos of herself flowing around out there in Playboy magazines and on the Internet too. I'm quite sure.

Now! What examples these two creatures will be leading by running a country here in America? Not good ones. I've heard Donald Trump speak on the radio and I've also read things he said in different publications. Born NYC on 6-14-46. He makes no sense to me; he's not fit physically or mentally to run the American people in the White House or a country for that matter. And he HATES inmates. That's how you know the world has gone insane, outside and inside.

I feel like he's racist and a big. He's for the rich with power and damn the poor. He's a billionaire. I heard on my radio here (FM 88.1) that the media reported him groping females in the past, which he denied. I believe it though. He looks and sounds like a snake to me.

I'm against all politics/politicians, but I will state the facts. No doubt about it. I'm anti-government as long as this corrupt governmental system is standing in America. There will be only two things it's built on and that is capitalism and imperialism. Never forget that, American people out there. And it breaks my heart!

I'm all for a revolution here in America. It's needed, desperately. I'm open to questions and comments.

An intern in solidarity,
—De'anna Tha' Doll in Florida