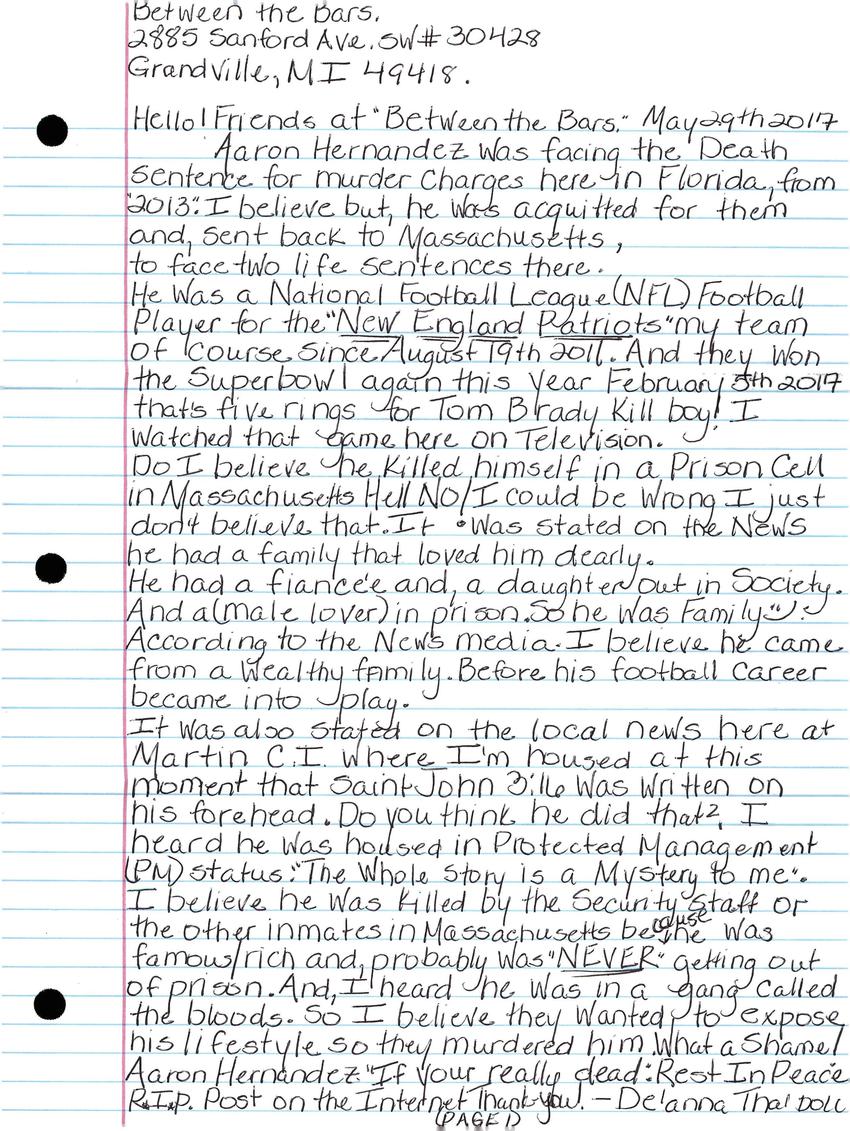 Hello! Friends at "Between the Bars." May 29th 2017
Aaron Hernandez was facing the Death sentence for murder charges here in Florida, from "2013". I believe but, he was acquitted for them and, sent back to Massachusetts, to face two life sentences there.
He was a National Football League (NFL) Football Player for the "New England Patriots" my team of course. Since August 19th 2011. And they won the Superbowl again this year February 5th 201 that's five rings for Tom Brady kill boy! I watched that game here on Television.
Do I believe he killed himself in a Prison Cell in Massachusetts Hell No! I could be wrong I just don't believe that. It was stated on the News he had a family that loved him dearly.
He had a fiancée and, a daughter out in Society. And a (male lover)in prison. So he was family. According to the News media. I believe he came from a wealthy family. Before his football career became into play.
It was also stated on the local news here at Martin C.I. where I'm housed at this moment that Saint John 3:16 was written on his forehead. Do you think he did that? I heard he was housed in Protected Management (PM) status. "The whole story is a mystery to me". I believe he was killed by the Security staff or the other inmates in Massachusetts because he was famous/rich and, probably was "NEVER" getting out of prison. And, I heard he was in a gang called the bloods. So I believe they wanted to expose his lifestyle so they murdered him. What a shame! Aaron Hernandez "If your really dead: Rest In Peace R.I.P. Post on the Internet! -De'anna Tha' Doll
(PAGE 1)