Reply ✍ Transcribed
From a day in the life by Michael McThune (author's profile)
Share this:
uploaded April 17, 2017.  Original (PDF) 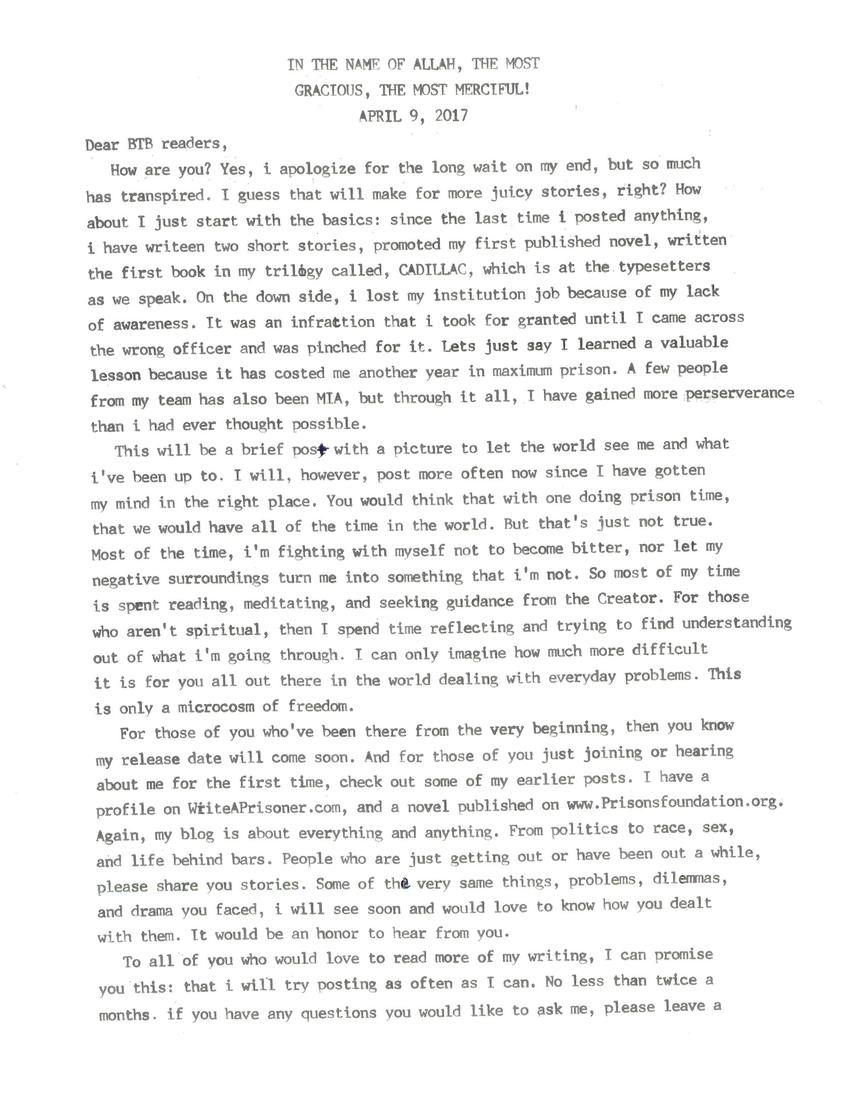 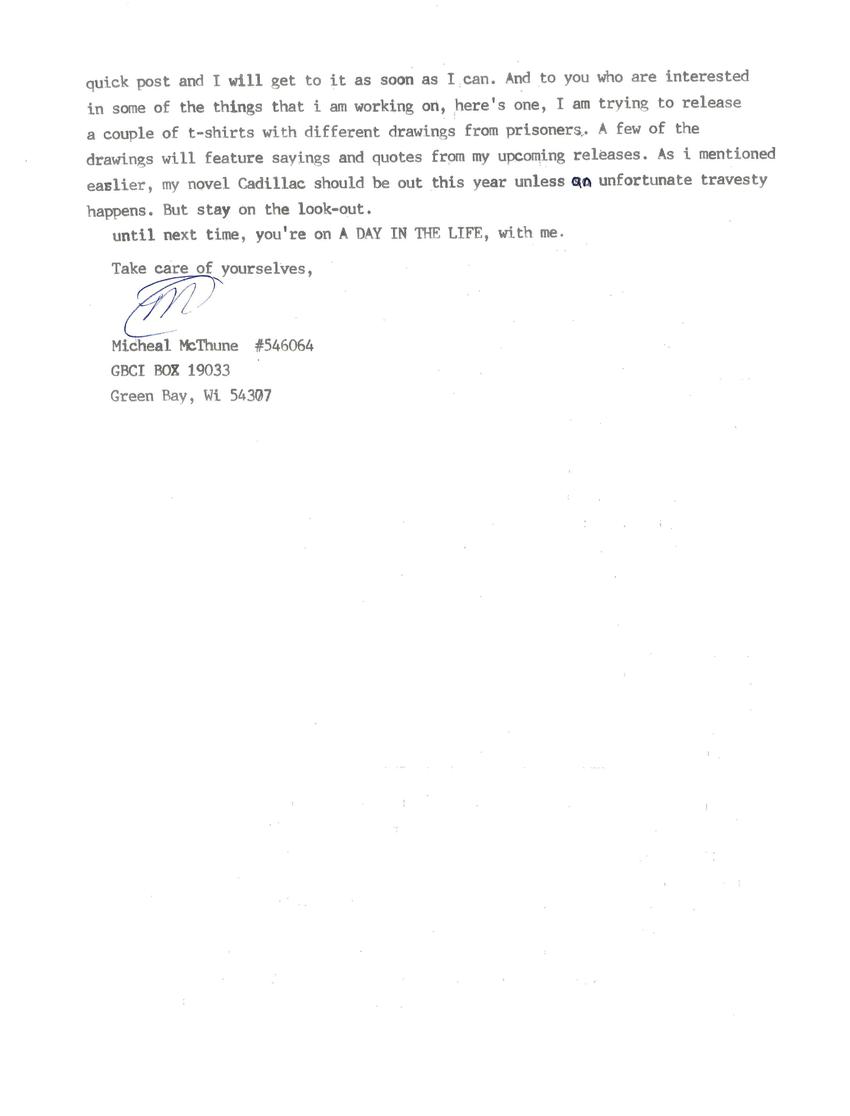 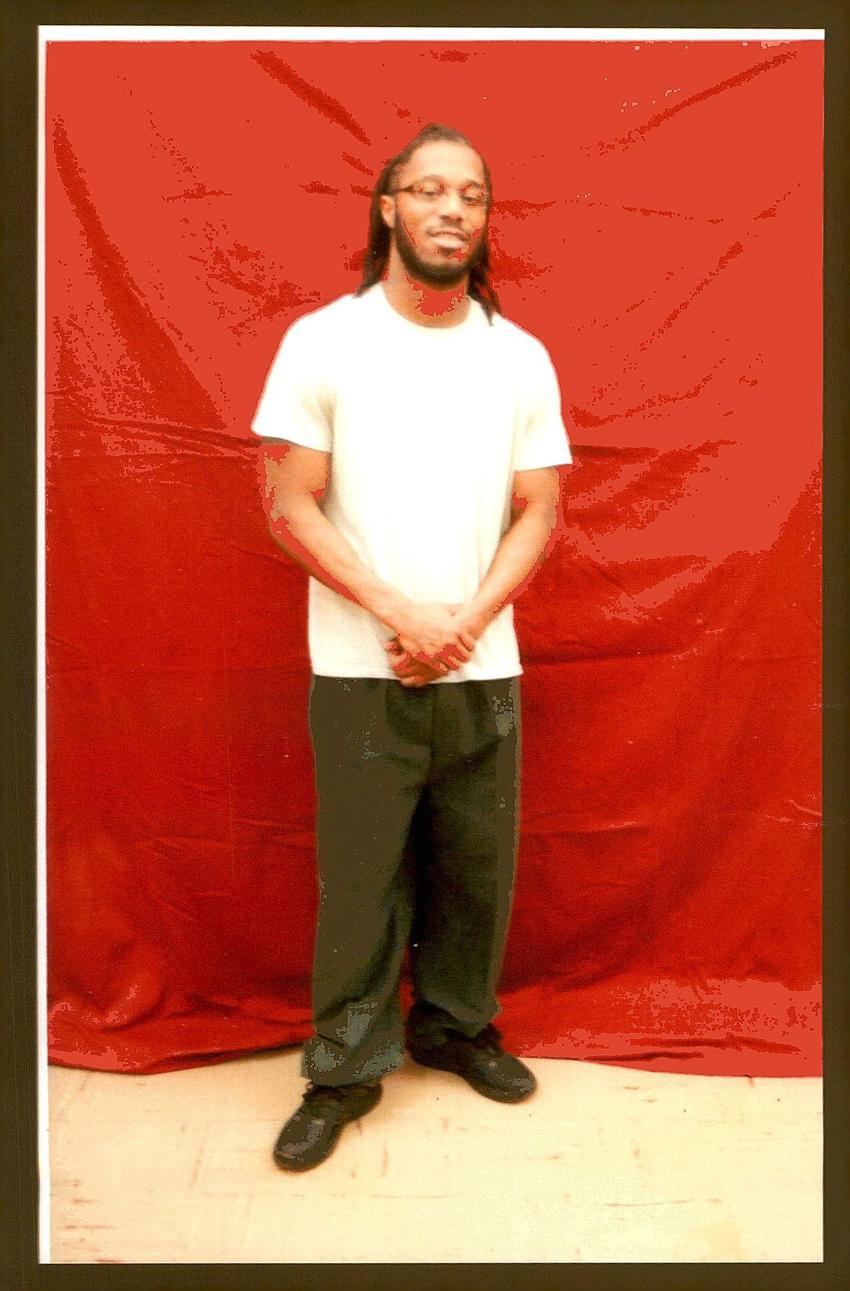 How are you? Yes, I apologize for the long wait on my end, but so much has transpired. I guess that will make for some more juicy stories, right? How about I just start with the basics?

Since the last time I posted anything, I have written two short stories, promoted my first published novel, written the first book in my trilogy called Cadillac, which is at the typesetters as we speak. On the downside, I lost my institution job because of my lack of awareness. It was an infraction that I took for granted until I came across the wrong officer and was pinched for it. Let's just say I learned a valuable lesson because it has cost me another year in maximum prison.

A few people from my team have also been MIA, but through it all, I have gained more perseverance than I had ever though possible.

This will be a brief post with a picture, to let the world see me and what I've been up to. I will, however, post more often now since I have gotten my mind in the right place. You would think that with one doing prison time we would have all the time in the world. But that's just not true. Most of the time, I'm fighting with myself not to become bitter nor let my negative surroundings turn me into something that I'm not. So most of my time is spent reading, meditating, and seeking guidance from the Creator. For those who aren't spiritual, then I spend time reflecting and trying to find understanding out of what I'm going through. I can only imagine how much more difficult it is for all of you out there in the world dealing with everyday problems. This is only a microcosm of freedom.

For those of you who've been there from the very beginning, then you know that my release date will come soon. And for those of you just joining or hearing about me for the first time, check out some of my earlier posts. I have a profile on writeaprisoner.com and a novel published on www.prisonfoundations.org.

Again, my blog is about everything and anything. From politics to race, sex, and life behind bars. People who are just getting out or have been out a while, please share your stories. Some of the very same things, problems, dilemmas, and drama you faced, I will see soon and would love to know how you dealt with them. It would be an honor to hear from you.

To all of you who would love to read more of my writing, I can promise you this: I will try posting as often as I can. No less than twice a month. If you have any questions you would like to ask me, please leave a quick comment and I will get to it as soon as I can.

And to you who are interested in some of the things that I am working on, here's one—I am trying to release a couple of T-shirts with different drawings from prisoners. A few of the drawings will feature sayings and quotes form my upcoming releases. As I mentioned earlier, my novel Cadillac should be out this year unless unfortunate travesty happens. But stay on the lookout.

Until next time, you're on A DAY IN THE LIFE with me.

Take care of yourselves,
[signature]

[Colored photo of the author, full body. He is wearing glasses and has his hands politely folded in front of him. He is smiling at the camera with his chin tilted upward.]

2022 In The Margins Awards Consideration

The In the Margins Book Awards Committee strives to find the best books for youth who live in poverty, on the streets, in custody—or all three.

The following titles has come to our attention and we are eager to review it:


We would greatly appreciate review copies sent to our committee. The addresses are listed here:
https://docs.google.com/document/d/10LDiRRmVq9LZTgsKPwqboaSFZLB_y03ntzZIhSkVAqY/edit

If you cannot connect with our committee members' addresses, they are below:

The committee members seek out and highlight books from middle school through adult fiction and non-fiction titles which would appeal to and inspire youth aged 9-21 who may fit into one or all of the following categories.

• living in poverty, on the streets, in restrictive custody or all three

Titles of interest may be unusual, possibly unreviewed, have multicultural characters, dealing with difficult situations including (but not limited to) street life, marginalized populations, crime, justice, foster care, war, violence, abuse, and addiction.