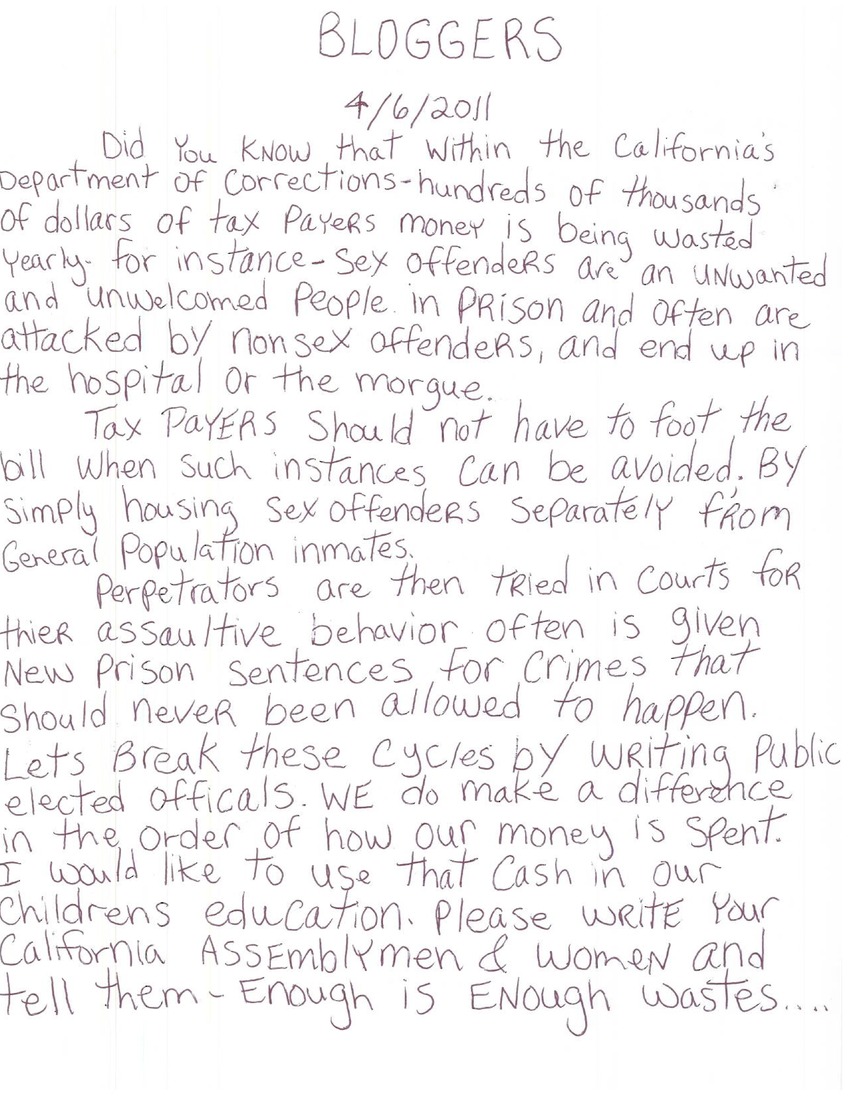 Did you know that within California's Department of Corrections hundreds of thousands of dollars, of the taxpayers' money, is being wasted yearly? For instance, sex offenders are an unwanted and unwelcomed people in prison and often are attacked by non-sex offenders. They often end up in the hospital or the morgue. Perpetrators are then tried in courts for their assaults, often given new prison sentences for crimes that should have never been allowed to happen.

Taxpayers should not have to foot the bill when such instances can be avoided. Simply house sex offenders separately from general population inmates.

Let's break these cycles by writing public-elected officials. WE do make a difference in the order of how our money is spent. I would like to use that cash in our children's education. Please write your California assemblymen and women and tell them that enough is enough waste.