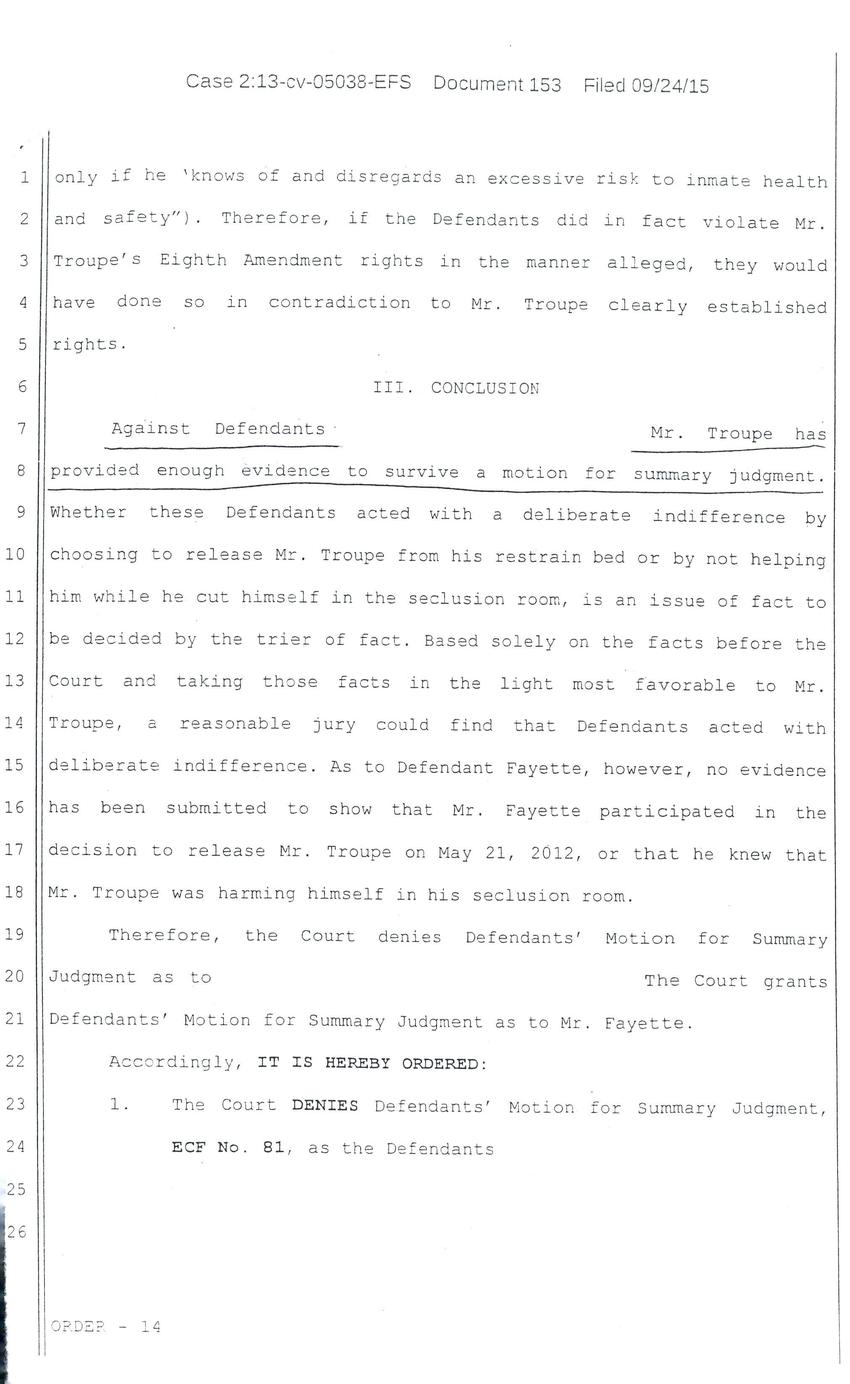 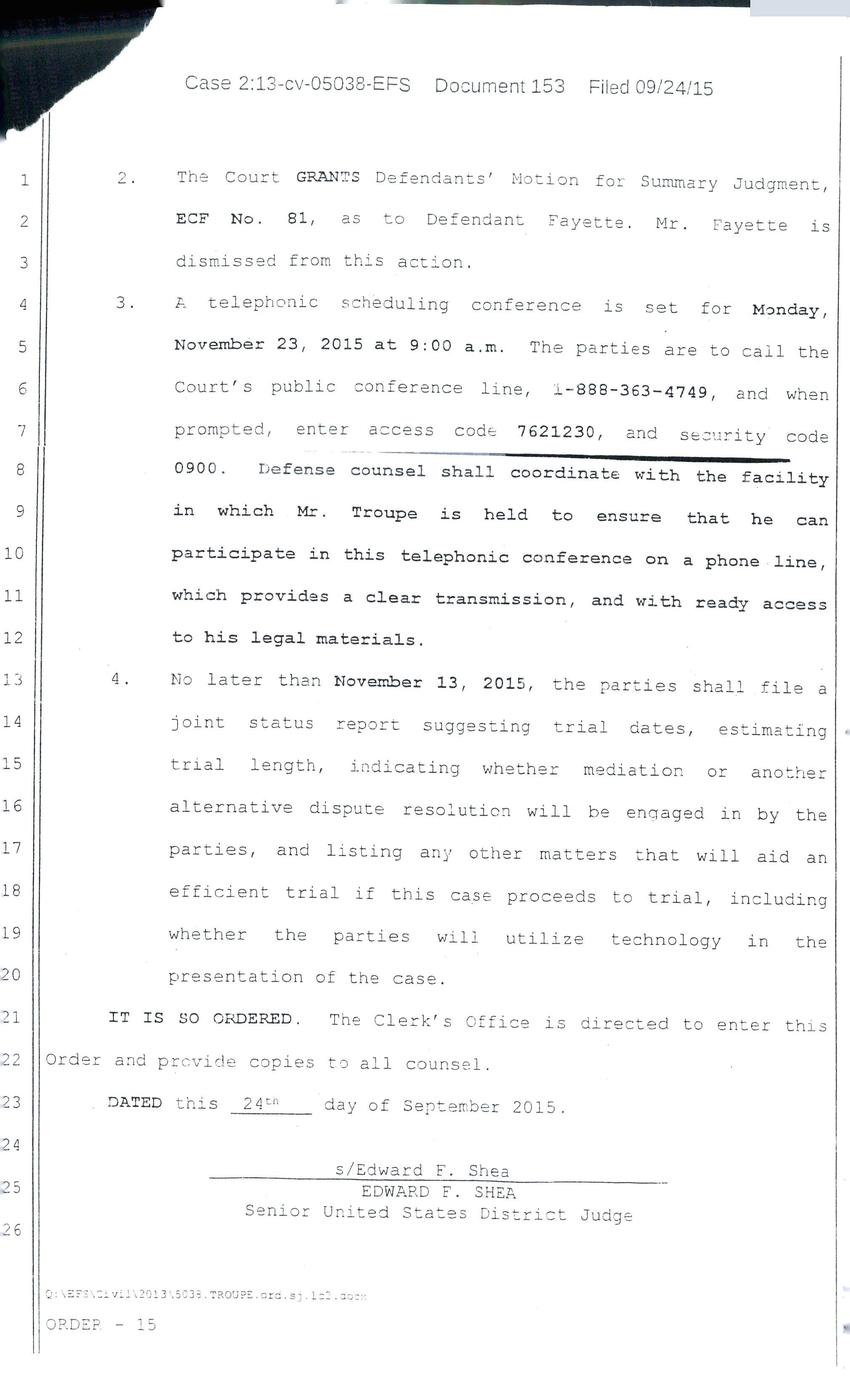 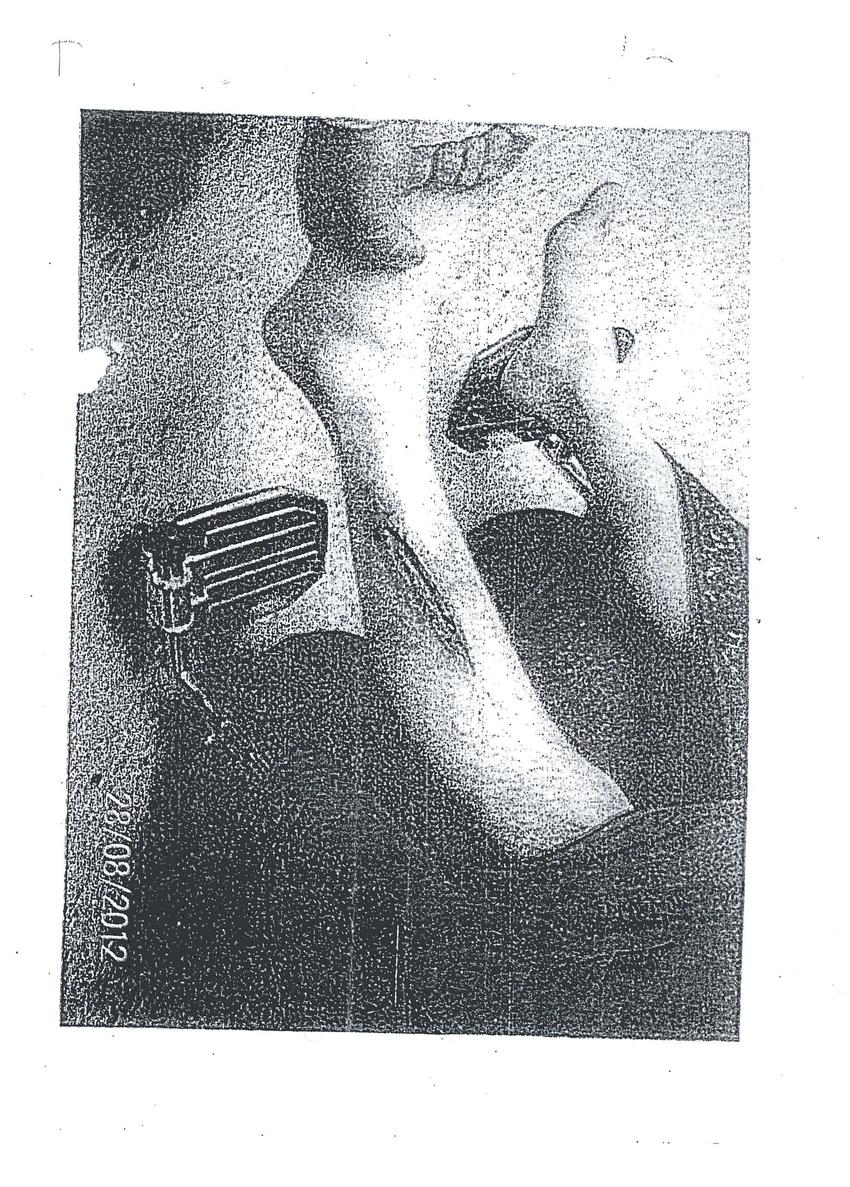 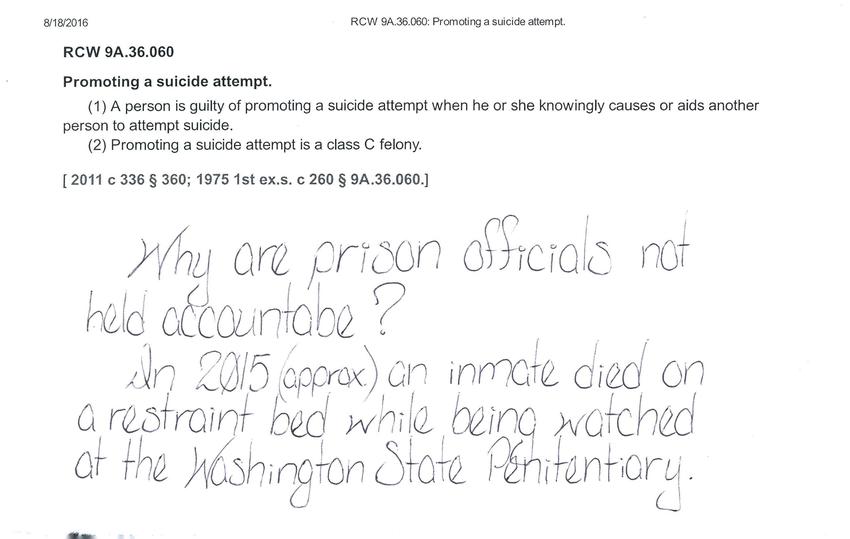 -only if he 'knows of and disregards an excessive risk to inmate health and safety"). Therefore, if the Defendants did in fact violate Mr. Troupe's Eighth Amendment rights in the manner alleged, they would have done so in contradiction to Mr. Troupe clearly established rights.

III. CONCLUSION
Against Defendants [redacted] Mr. Troupe has provided enough evidence to survive a motion for summary judgment. Whether these Defendants acted with a deliberate indifference by choosing to release Mr. Troupe from his restrain bed or by not helping him while he cut himself in the seclusion room, is an issue of fact to be decided by the trier of fact. Based solely on the facts before the Court and taking those facts in the light most favorable to Mr. Troupe, a reasonable jury could find that Defendants acted with deliberate indifference. As to Defendant Fayette, however, no evidence has been submitted to show that Mr. Fayette participated in the decision to release Mr. Troupe on May 21, 2012, or that he knew that Mr. Troupe was harming himself in the seclusion room.

Accordingly, IT IS HEREBY ORDERED:
1. The Court DENIES Defendants' Motion for Summary Judgment, ECF No. 81, as the Defendants
2. The Court GRANTS Defendants' Motion for Summary Judgment, ECF No. 81, as to Defendant Fayette. Mr. Fayette is dismissed from this action.
3. A telephonic scheduling conference is set for Monday, November 23, 2015 at 9:00 a.m. The parties are to call the Court's public conference line, 1-888-363-4749, and when prompted, enter access code 7621230, and security code 0900. Defense counsel shall coordinate with the facility in which Mr. Troupe is held to ensure that he can participate in this telephonic conference on a phone line, which provides a clear transmission, and with ready access to his legal materials.
4. No later than November 13, 2015, the parties shall file a joint status report suggesting trial dates, estimating trial length, indicating whether mediation or another alternative dispute resolution will be engaged in by the parties, and listing any other matters that will aid an efficient trial if this case proceeds to trial, including whether the parties will utilize technology in the presentation of the case.

IT IS SO ORDERED. The Clerk's Office is directed to enter this Order and provide copies to all counsel.

[black-and-white photo of Troupe's legs from a lying down position. One is being held up by the ball to show the deep cut along the shin. Dated: 28/08/2012]

[Poster's commentary]: Why are prison officials not held accountable?

In 2015 (approx.) an inmate died on a restraint bed while being watched at the Washington State Penitentiary.