Drifter said she could make $3,500 a week, girl testifies 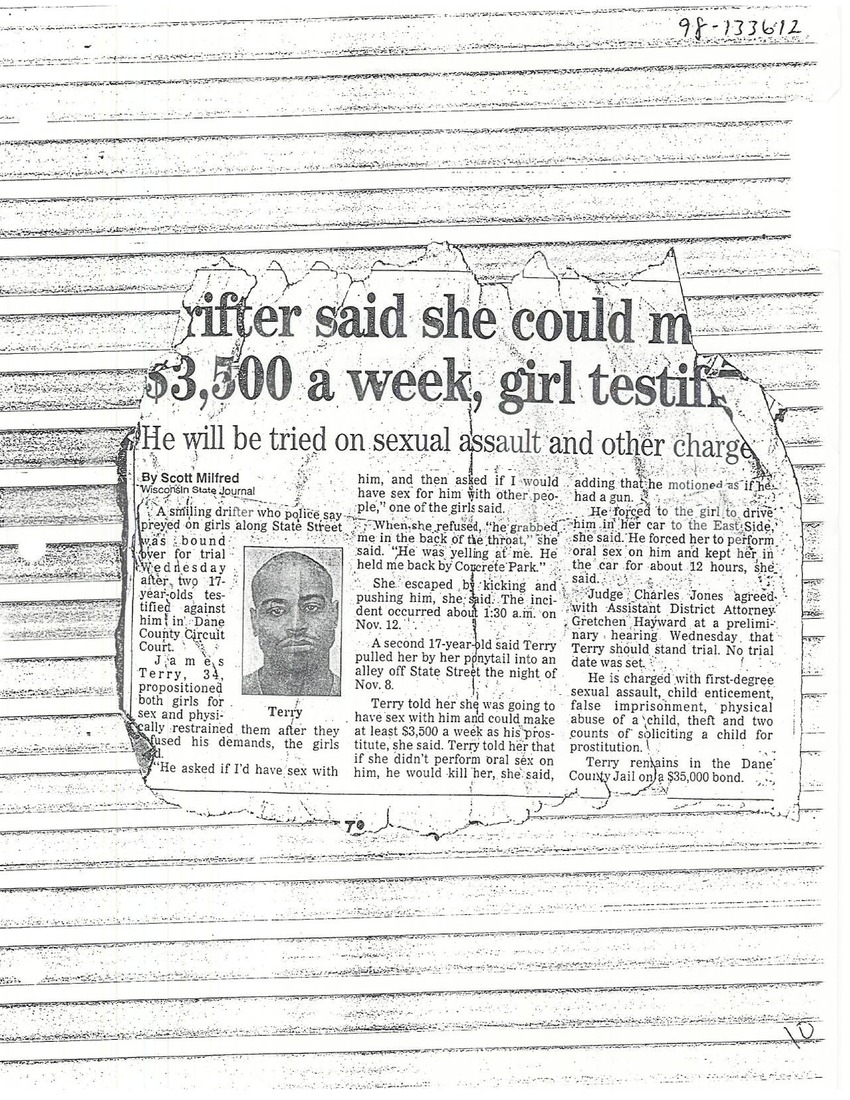 Drifter said she made $3,500 a week, girl testifies
He will be tried on sexual assault and other charges

[black and white mugshot of James Terry.]
A smiling drifter who police say preyed on girls along State Street was bound over for trial Wednesday after two 17-year-olds testified against him in Dane County Circuit Court.

James Terry, 34, propositioned both girls for sex and physically restrained them after they refused his demands, the girls [paper bent].

"He asked if I'd have sex with him, and then asked if I would have sex for him with other people," one of the girls said.

When she refused, "he grabbed me in the back of my throat," she said. "He was yelling at me. He held me back by Concrete Park."

She escaped by kicking and pushing him, she said. The incident occurred about 1:30 a.m. on Nov. 12.

A second 17-year-old said Terry pulled her by her ponytail into an alley off State Street the night of Nov. 8.

Terry told her she was going to have sex with him and could make at least $3,500 a week as his prostitute, she said. Terry told her that if she didn't perform oral sex on him, he would kill her, she said, adding that he motioned as if he had a gun.

He forced to the girl to drive him in her car to the East Side, she said. He forced her to perform oral sex on him and kept her in the car for about 12 hours, she said.

He is charged with first-degree sexual assault, child enticement, false imprisonment, physical abuse of a child, theft, and two counts of soliciting a child for prostitution.