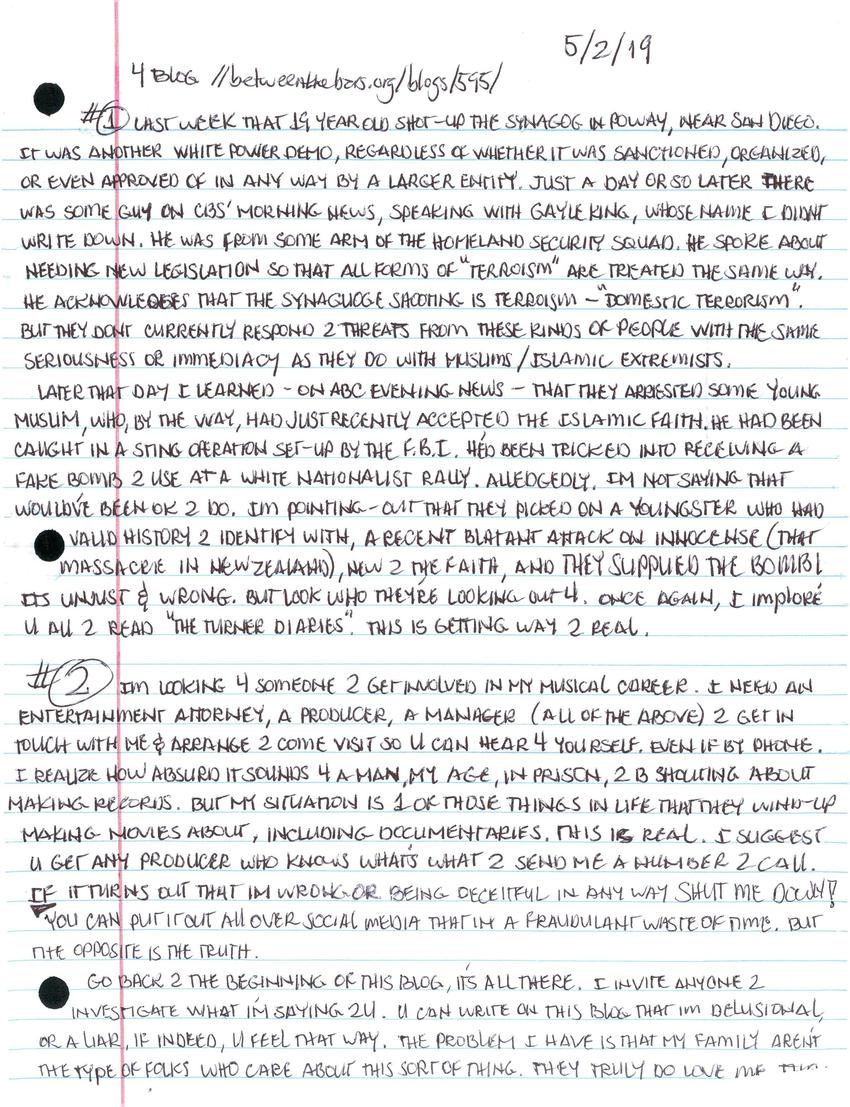 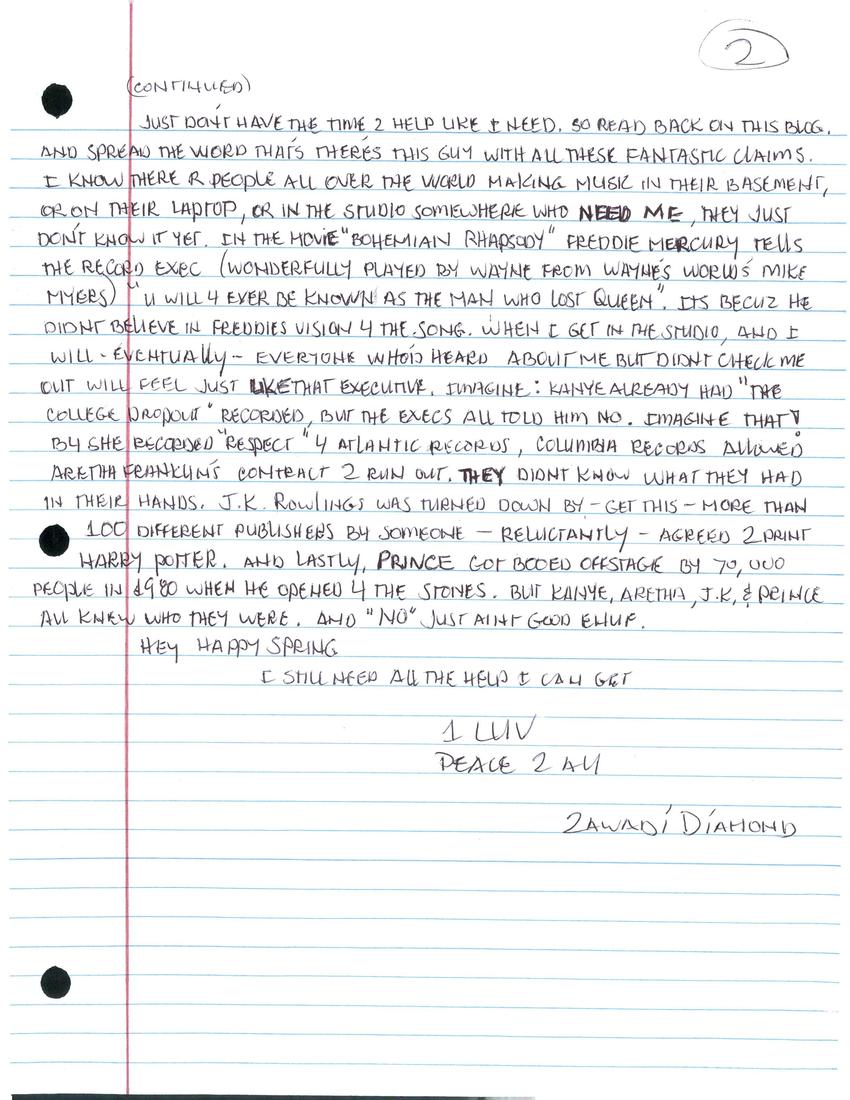 #1 Last week that 19 year old shot-up the synagogue in Poway, near San Diego. It was another white power demo, regardless of whether it was sanctioned, organized, or even approved of in any way by a larger entity. Just a day or so later there was some guy on CBS' Morning News, speaking with Gayle King, whose name I didn't write down. He was from some arm of the Homeland Security squad. He spoke about needing new legislation so that all forms of "terrorism" are treated the same way. He acknowledges that the synagogue shooting is terrorism - "domestic terrorism". But they don't currently respond 2 threats from these kinds of people with the same seriousness or immediacy as they do with Muslims/Islamic extremists.

Later that day I learned - on ABC Evening News - that they arrested some young Muslim, who, by the way, had just recently accepted the Islamic faith. He had been caught in a sting operation set-up by the FBI. He'd been tricked into receiving a fake bomb 2 use at a white nationalist rally. Allegedly. I'm not saying that would've been OK to do. I'm pointing-out that they picked on a youngster who had valid history 2 identify with, a recent blatant attack on innocence (that massacre in New Zealand), new 2 the faith, and they supplied the bomb! It's unjust & wrong. But look who they're looking out 4. Once again, I implore U all 2 read "The Turner Diaries". This is getting way 2 real.

#2 I'm looking 4 someone 2 get involved in my music career. I need an entertainment attorney, a producer, a manager (all of the above) 2 get in touch with me & arrange 2 come visit so U can hear 4 yourself. Even if by phone. I realize how absurd it sounds 4 a man my age, in prison, 2 B shouting about making records. But my situation is 1 of those things in life that they wind-up making movies about, including documentaries. This is real. I suggest U get any producer who knows what's what 2 send me a number 2 call. IF it turns out that I'm wrong or being deceitful in any way shut me down! You can put it out all over social media that I'm a fraudulent waste of time. But the opposite is the truth.

Go back 2 the beginning of this blog, it's all there. I invite anyone 2 investigate what I'm saying 2 U. U can write on this blog that I'm delusional, or a liar, if indeed, U feel that way. The problem I have is that my family aren't the type of folks who care about this sort of thing. They truly do love me tho, just don't have the time 2 help like I need. So read back on this blog. And spread the word there's this guy with all these fantastic claims. I know there R people all over the world making music in their basement, or on their laptop, or in the studio somewhere who NEED ME, they just don't know it yet. In the movie "Bohemian Rhapsody" Freddie Mercury tells the record exec (wonderfully played by Wayne from Wayne's World's Mike Myers) "U will 4 ever be known as the man who lost Queen". It's becuz her didn't believe in Freddie's vision 4 the song. When I get in the studio, and I will - eventually - everyone who's heard about me but didn't check me out will feel just like that executive. Imagine: Kanye already had "The College Dropout" recorded, but the execs all told him no. Imagine that! B4 she recorded "Respect" 4 Atlantic Records, Columbia Records allowed Aretha Franklin's contract 2 run out. THEY didn't know what they had in their hands. J.K. Rowling was turned down by - get this - more than 100 different publishers b4 someone - reluctantly - agreed 2 print Harry Potter. And lastly, Prince got booed offstage by 70,000 people in 1980 when he opened 4 the Stones. But Kanye, Aretha, J.K. & Prince all knew who they were. And "no" just ain't good enuf.

I still need all the help I can get.