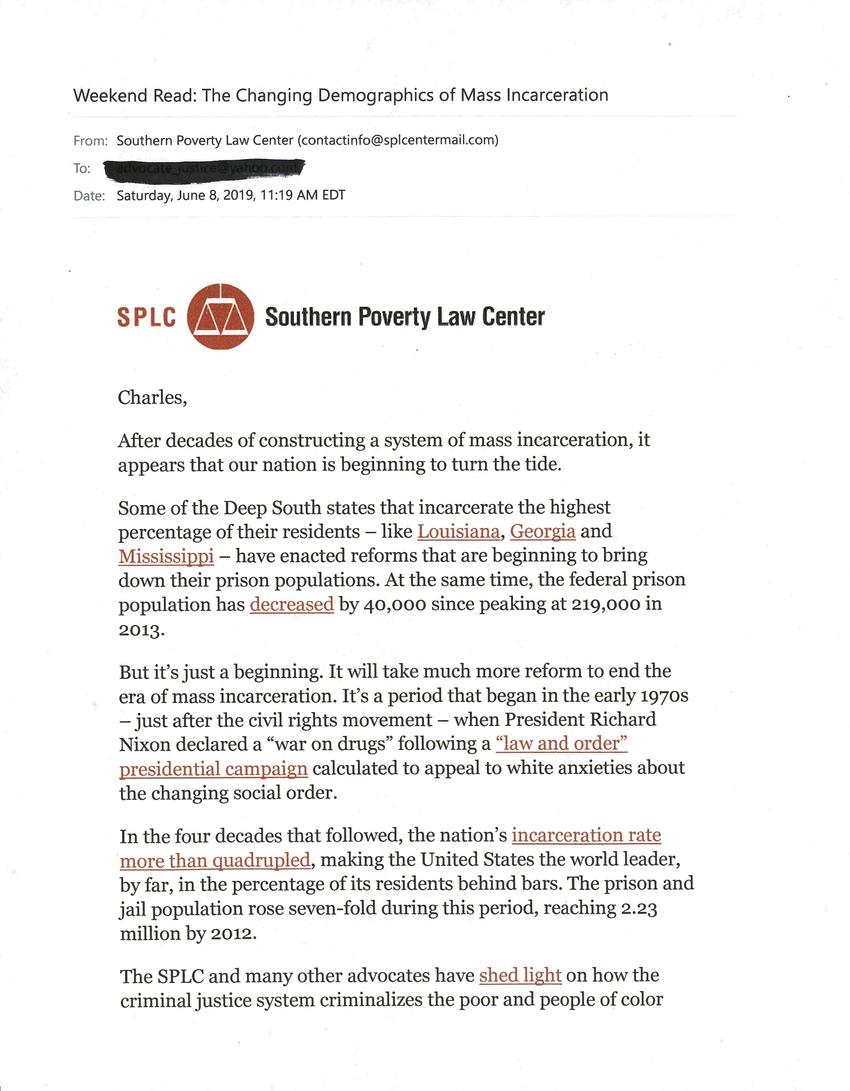 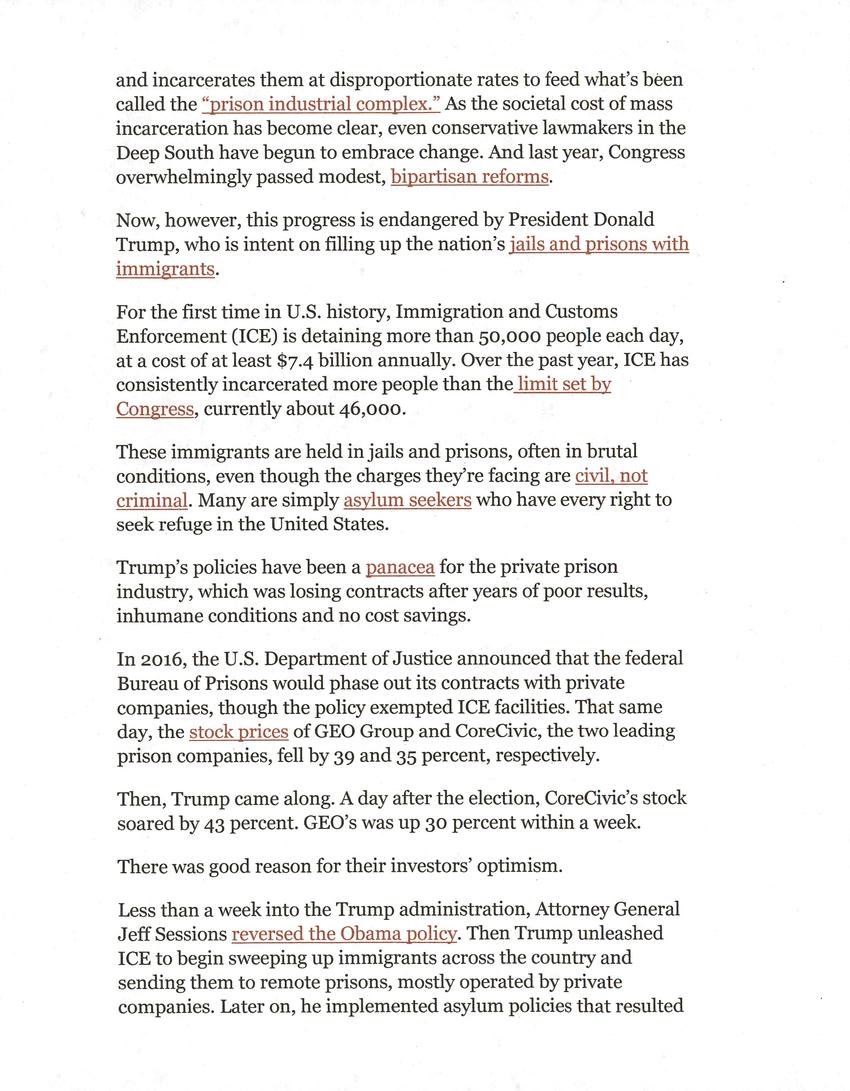 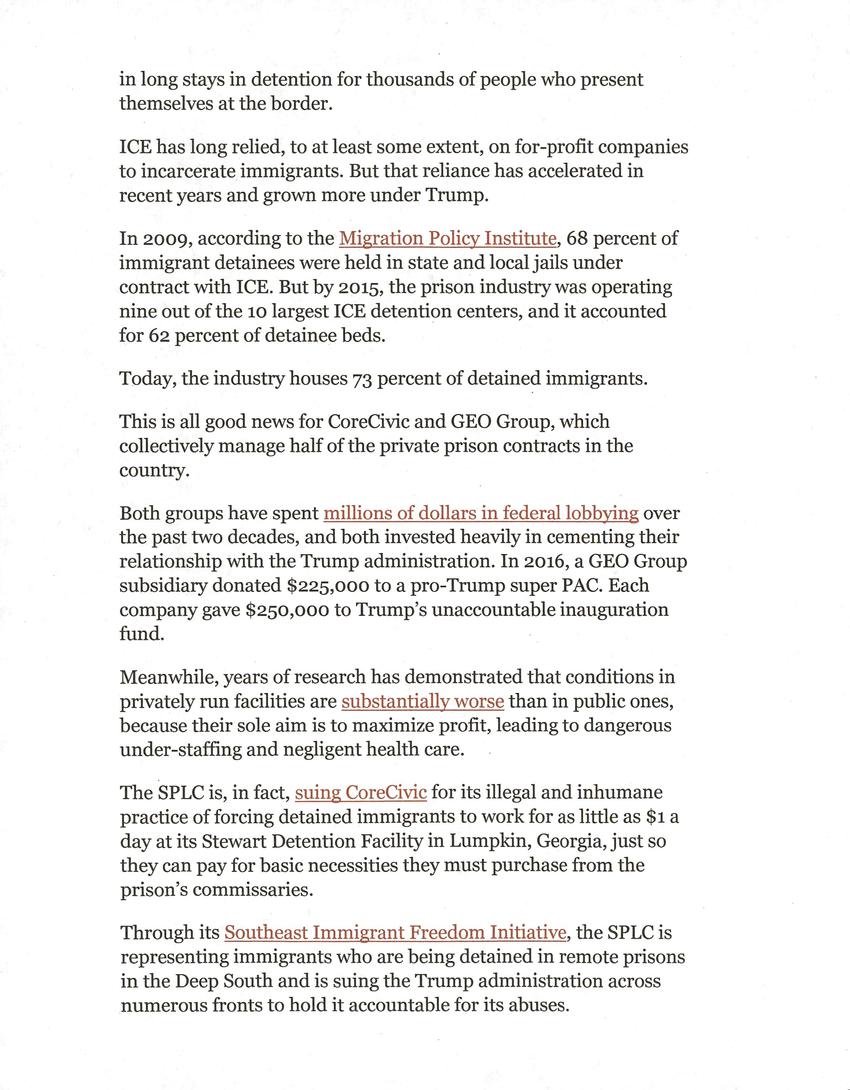 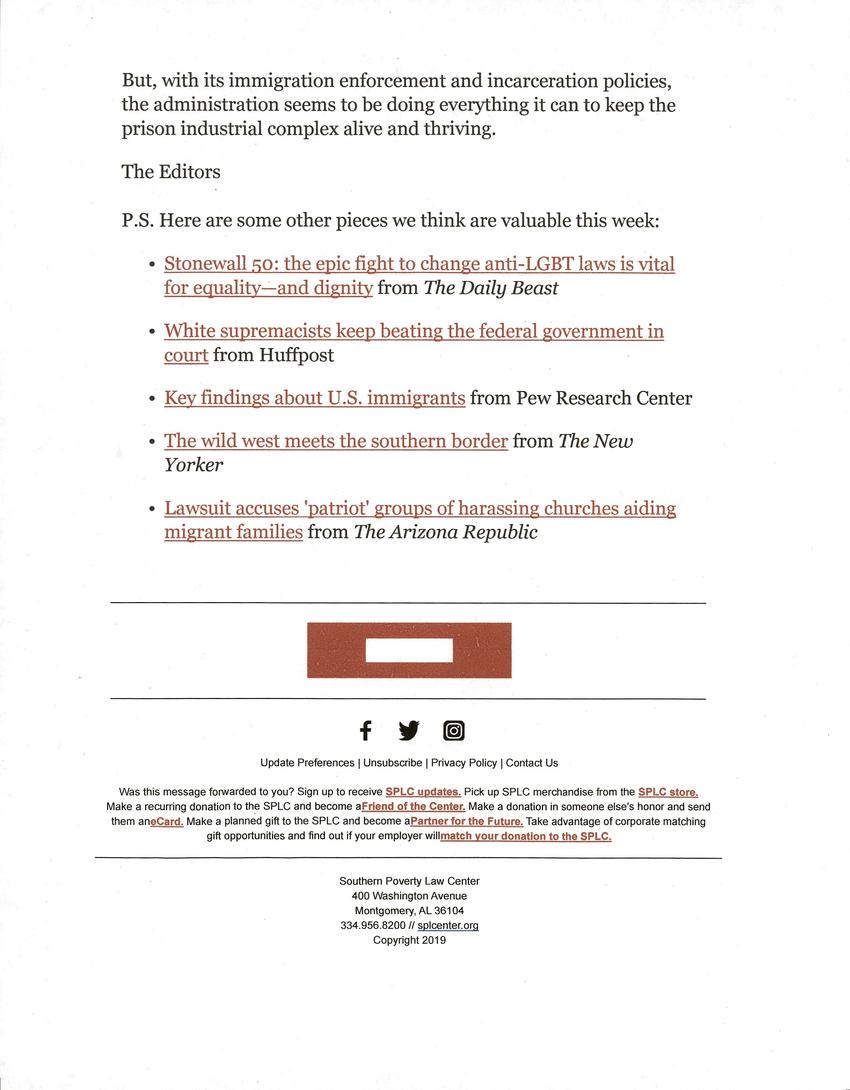 After decades of constructing a system of mass incarceration, it appears that our nation is beginning to turn the tide.

Some of the Deep South states that incarcerate the highest percentage of their residents – like Louisiana, Georgia and Mississippi – have enacted reforms that are beginning to bring down their prison populations. At the same time, the federal prison population has decreased by 40,000 since peaking at 219,000 in 2013.

But it’s just a beginning. It will take much more reform to end the era of mass incarceration. It’s a period that began in the early 1970s – just after the civil rights movement – when President Richard Nixon declared a “war on drugs” following a “law and order” presidential campaign calculated to appeal to white anxieties about the changing social order.

In the four decades that followed, the nation’s incarceration rate more than quadrupled, making the United States the world leader, by far, in the percentage of its residents behind bars. The prison and jail population rose seven-fold during this period, reaching 2.23 million by 2012.

The SPLC and many other advocates have shed light on how the criminal justice system criminalizes the poor and people of color and incarcerates them at disproportionate rates to feed what’s been called the “prison industrial complex.” As the societal cost of mass incarceration has become clear, even conservative lawmakers in the Deep South have begun to embrace change. Last year, Congress overwhelmingly passed modest, bipartisan reforms.

Now, however, this progress is endangered by President Donald Trump, who is intent on filling up the nation’s jails and prisons with immigrants.

For the first time in U.S. history, Immigration and Customs Enforcement (ICE) is detaining more than 50,000 people each day, at a cost of at least $7.4 billion annually. Over the past year, ICE has consistently incarcerated more people than the limit set by Congress, currently about 46,000.

These immigrants are held in jails and prisons, often in brutal conditions, even though the charges they’re facing are civil, not criminal. Many are simply asylum seekers who have every right to seek refuge in the United States.

Trump’s policies have been a panacea for the private prison industry, which was losing contracts after years of poor results, inhumane conditions and no cost savings.

In 2016, the U.S. Department of Justice announced that the federal Bureau of Prisons would phase out its contracts with private companies, though the policy exempted ICE facilities. That same day, the stock prices of GEO Group and CoreCivic, the two leading prison companies, fell by 39 and 35 percent, respectively.

Then, Trump came along. A day after the election, CoreCivic’s stock soared by 43 percent. GEO’s was up 30 percent within a week.

There was good reason for their investors’ optimism.

Less than a week into the Trump administration, Attorney General Jeff Sessions reversed the Obama policy. Then Trump unleashed ICE to begin sweeping up immigrants across the country and sending them to remote prisons, mostly operated by private companies. Later on, he implemented asylum policies that resulted in long stays in detention for thousands of people who present themselves at the border.

ICE has long relied, to at least some extent, on for-profit companies to incarcerate immigrants. But that reliance has accelerated in recent years and grown more under Trump.

In 2009, according to the Migration Policy Institute, 68 percent of immigrant detainees were held in state and local jails under contract with ICE. But by 2015, the prison industry was operating nine out of the 10 largest ICE detention centers, and it accounted for 62 percent of detainee beds.

This is all good news for CoreCivic and GEO Group, which collectively manage half of the private prison contracts in the country.

Both groups have spent millions of dollars in federal lobbying over the past two decades, and both invested heavily in cementing their relationship with the Trump administration. In 2016, a GEO Group subsidiary donated $225,000 to a pro-Trump super PAC. Each company gave $250,000 to Trump’s unaccountable inauguration fund.

Meanwhile, years of research has demonstrated that conditions in privately run facilities are substantially worse than in public ones, because their sole aim is to maximize profit, leading to dangerous under-staffing and negligent health care.

The SPLC is, in fact, suing CoreCivic for its illegal and inhumane practice of forcing detained immigrants to work for as little as $1 a day at its Stewart Detention Facility in Lumpkin, Georgia, just so they can pay for basic necessities they must purchase from the prison’s commissaries.

Through its Southeast Immigrant Freedom Initiative, the SPLC is representing immigrants who are being detained in remote prisons in the Deep South and is suing the Trump administration across numerous fronts to hold it accountable for its abuses.

But, with its immigration enforcement and incarceration policies, the administration seems to be doing everything it can to keep the prison industrial complex alive and thriving.

P.S. Here are some other pieces that we think are valuable this week: