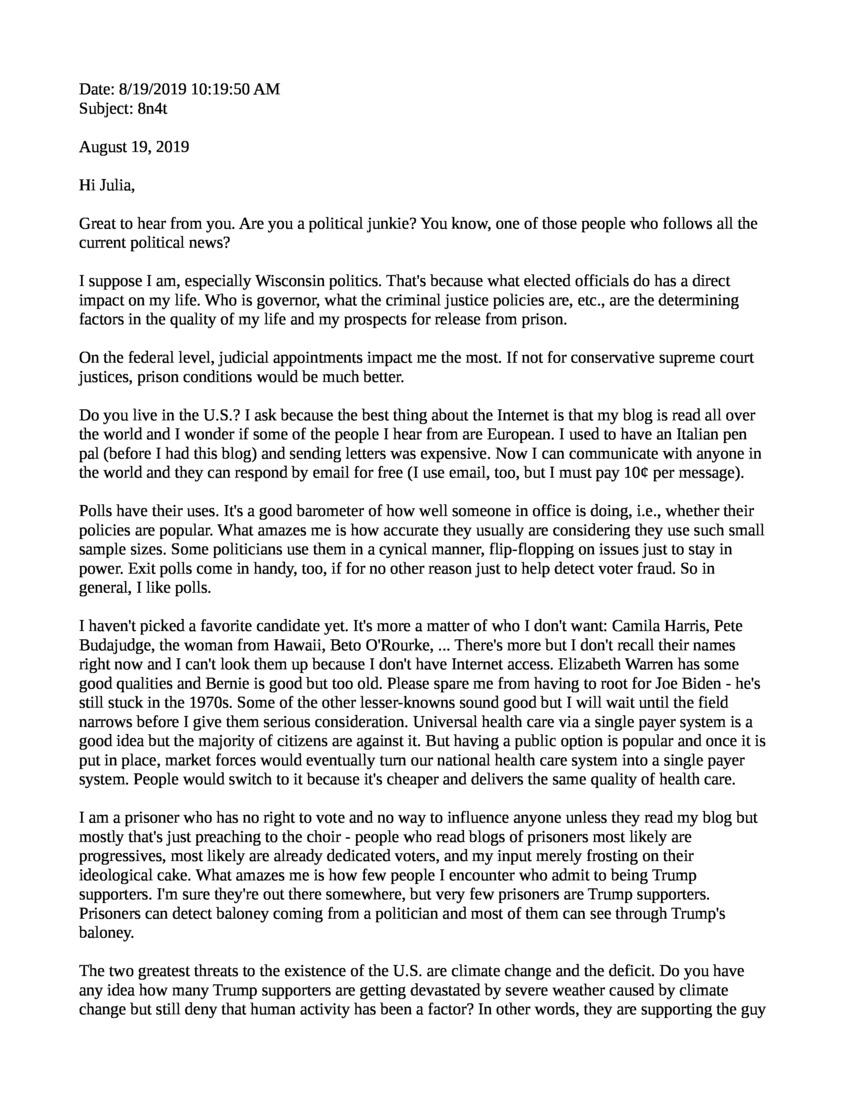 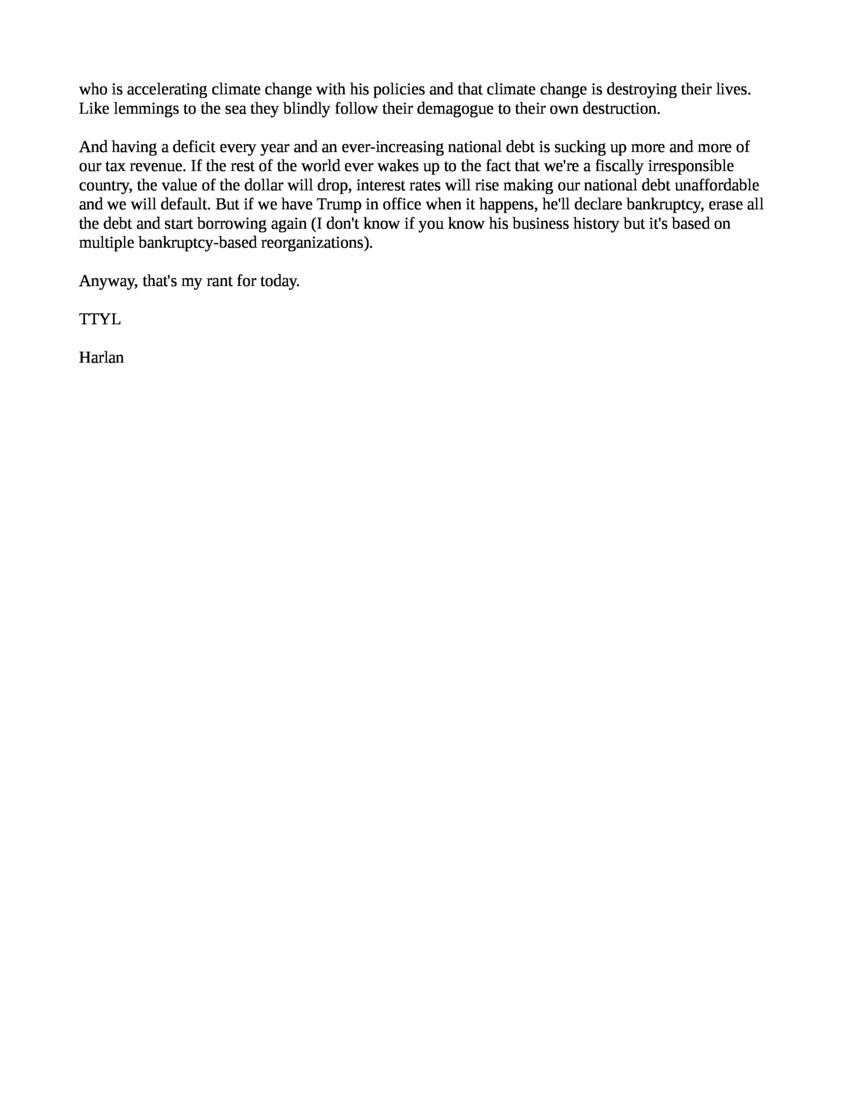 Great to hear from you. Are you a political junkie? You know, one of those people who follows all the current political news?

I suppose I am, especially Wisconsin politics. That's because what elected officials do has a direct impact on my life. Who is governor, what the criminal justice policies are, etc. are the determining factors in the quality of my life ad my prospects for release from prison.

On the federal level, judicial appointments impact me the most. If not for the conservative supreme court justices, prison conditions would be much better.

Do you live in the U.S.? I ask because the best thing about the Internet is that my blog is read all over the world. I wonder if some of the people I hear from are European. I used to have an Italian pen pal (before I had this blog) and sending letters was expensive. Now I can communicate with anyone in the world, and they can respond by email for free. I use email too, but I must pay 10 cents per message.

Polls have their uses. They're a good barometer of how well someone in office is doing, i.e., whether their policies are popular. What amazes me is how accurate they usually are considering they use such small sample sizes. Some politicians use them in a cynical manner, flip-flopping on issues just to stay in power. Exit polls come in handy too, if for no other reason just to help deter voter fraud. So, in general, I like polls.

I haven't picked a favorite candidate yet. It's more a matter of who I don't want: Camilla Harris, Pete Budajudge, the woman from Hawaii, Beto O'Rouke. There's more but I don't recall their names right now. I can't look them up because I don't have Internet access.

Elizabeth Warren has some good qualities, and Bernie is good but too old.

Please spare me from having to root for Joe Biden—he's still stuck in the 1970s. Some of the lesser-knowns sound good, but I will wait until the field narrows before I give them serious consideration.

I am a prisoner who has no right to vote and no way to influence anyone unless they read my blog. Mostly that's just preaching to the choir. People who read blogs of prisoners are most likely progressives and already dedicated voters. My input is merely frosting on their ideological cake.

What amazes me is how few people I encounter who admit to being Trump supporters. I'm sure they're out there somewhere, but few prisoners are Trump supporters. Prisoners can detect baloney coming a politician, and most of them can see through Trump's baloney.

The two greatest threats to the existence of the U.S. are climate change and the deficit. Do you have any idea how many Trump supporters are getting devastated by severe weather caused by climate change but they still deny that human activity has been a factor? In other words, they are supporting the guy who is accelerating climate change with his policies and climate change is destroying their lives. Like lemmings to the sea, they blindly follow their demagogue to their own destruction.

And having a deficit every year and an ever-increasing national debt is sucking up more and more of our tax revenue. If the rest of the world ever wakes up to the fact that we're a fiscally irresponsible country, the value of the dollar will drop, interest rates will rise and make our national debt unaffordable. We will default.

But if we have Trump in office when it happens, he'll declare bankruptcy, erase all the debt, and start borrowing again. I don't know if you know his business history, but it's based on multiple bankruptcy-based reorganizations.

Anyway, that's my rant for today.