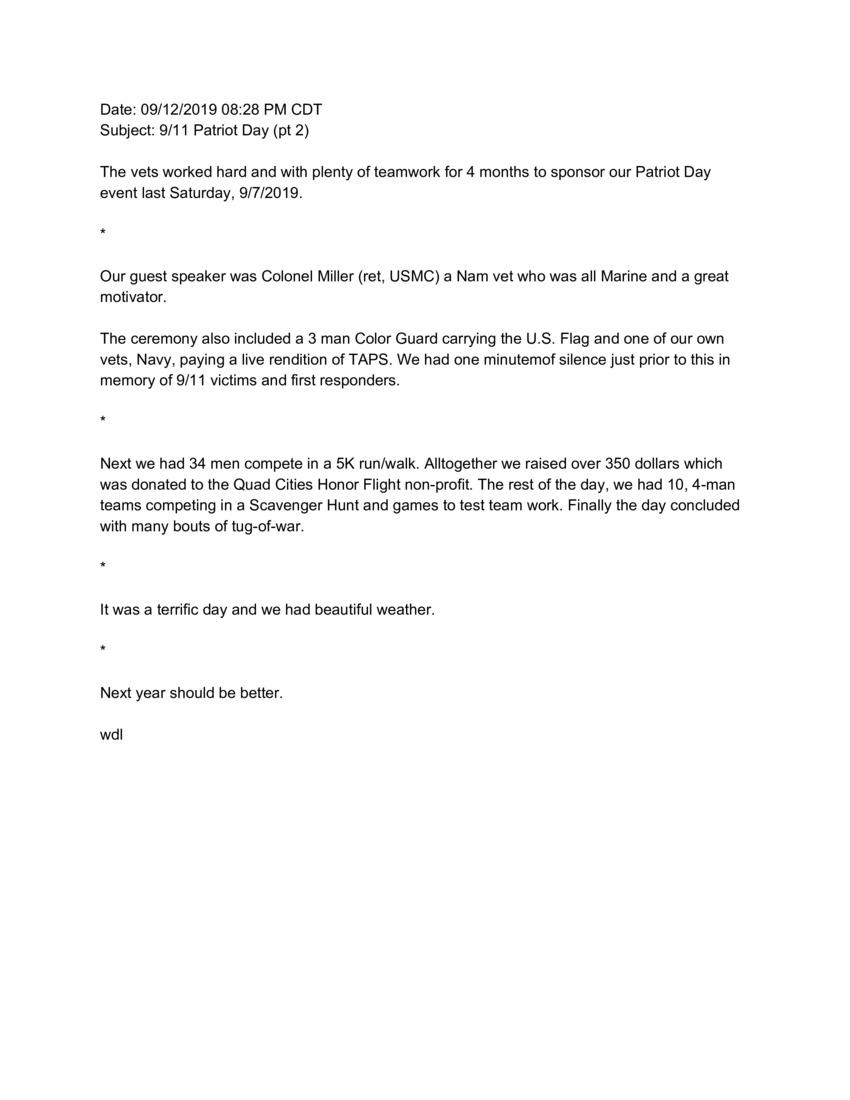 The vets worked hard and with plenty of teamwork for four months to sponsor our Patriot Day event last Saturday, 9/7/2018.

Our guest speaker was Colonel Miller (retired, USMC), a Nam vet who was all Marine and a great motivator.

The ceremony also included a three-man Color Guard carrying the U.S. flag and one of our own vets, navy, playing a live rendition of TAPS. We had one minute of silence just prior to this in memory of 9/11 victims and first responders.

Next, we had 34 men compete in a 5k run/walk. Altogether, we raised over 350 dollars which was donated to the Quad Cities Honor Flight nonprofit. The rest of the day, we had ten four-man teams competing in a scavenger hunt and games to test teamwork. Finally, the day concluded with many bouts of tug-of-war.

It was a terrific day and we had beautiful weather.

Next year should be better.