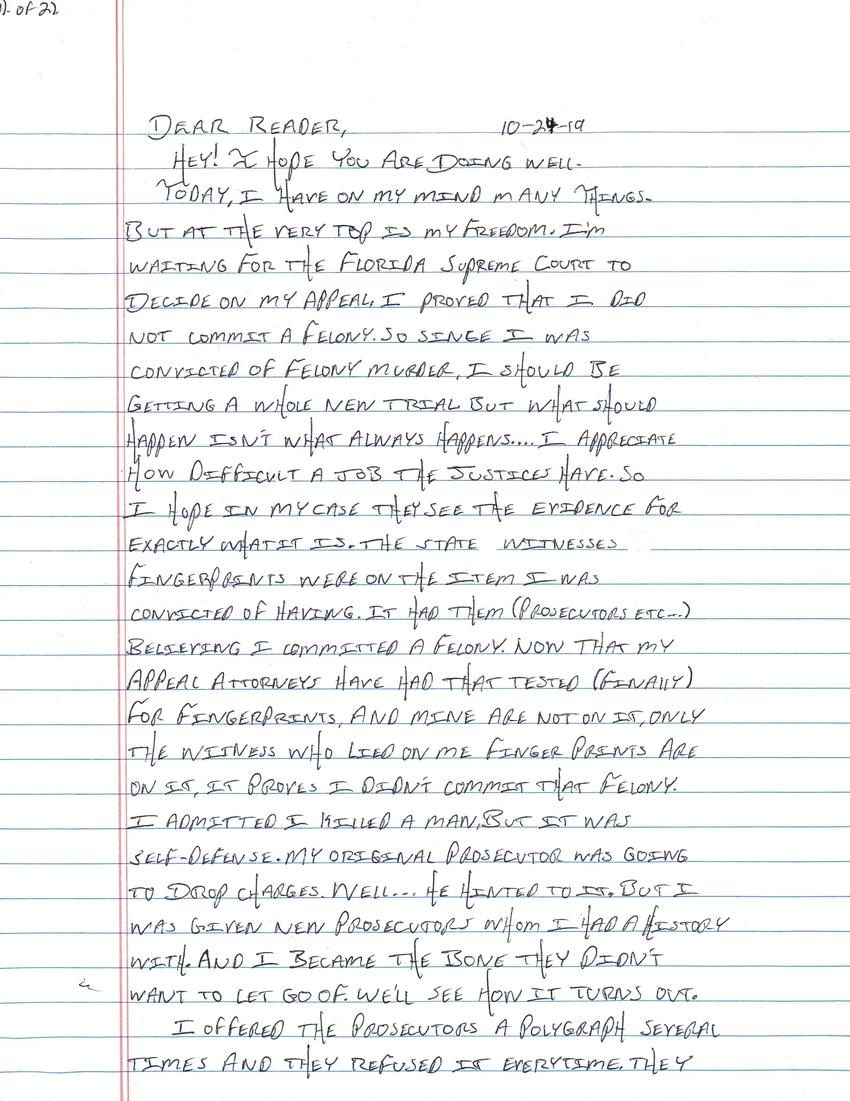 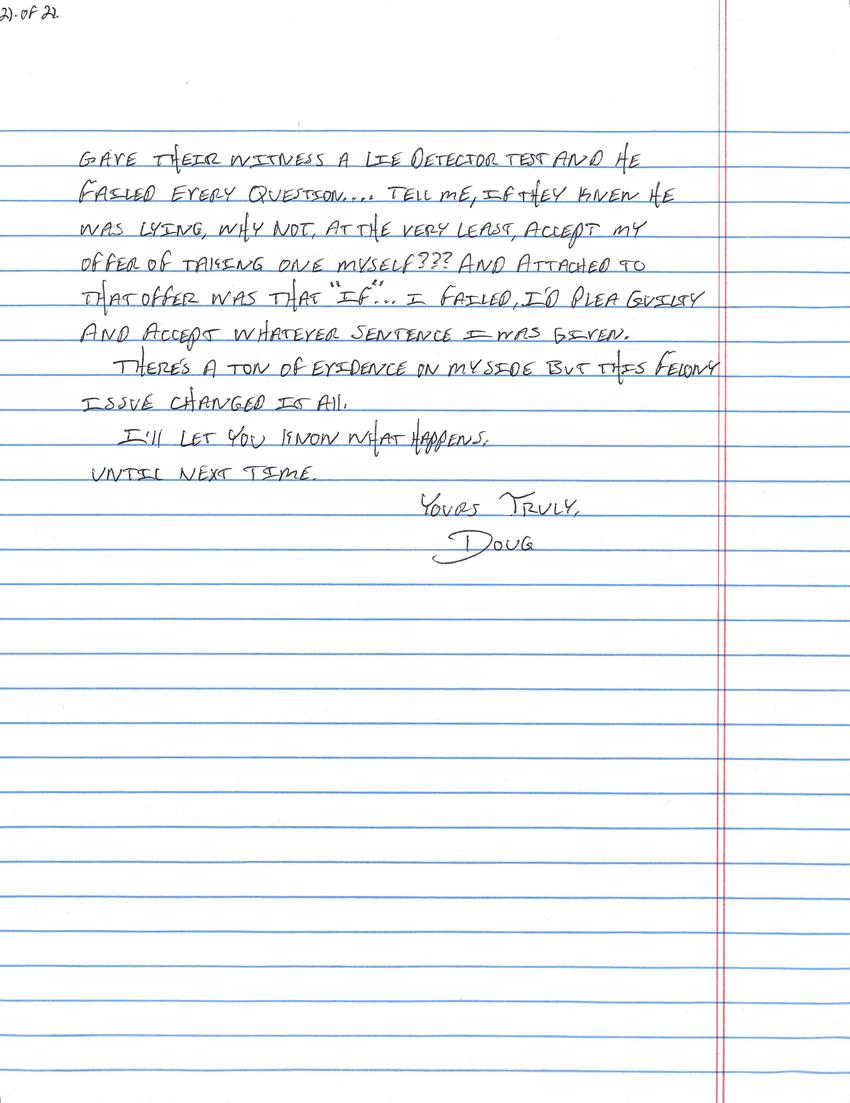 Dear reader,
Hey! I hope you are doing well.

Today, I have on my mind many things. But at the very top is my freedom. I'm waiting for the Florida Supreme Court to decide on my appeal. I proved that I did not commit a felony, so since I was convicted of felony murder, I should be getting a whole new trial. But should happen isn't what always happens. I appreciate how difficult a job the justices have. So, I hope in my case they see the evidence for exactly what it is.

The state witness's fingerprints were on the item I was convicted of having. It had them (prosecutors, etc.) believing that I committed a felony. Now that my appeal attorneys have had that tested for fingerprints (finally) and mine are not on it, the only fingerprints that are on it are the lying witness's. It proves that I didn't commit that felony. I admitted I killed a man, but it was self-defense.

My original prosecutor was going to drop charges. Well... he hinted to it. But I was given a new prosecutor whom I had a history with, and I became the bone they didn't want to let go of. We'll see how it turns out.

I offered the prosecutors a polygraph several times and they refused it every time. They gave their witness a lie detector test and he failed every question. Tell me—if they knew he was lying, why not at the very least accept my offer of taking one myself? And attached to that offer was that "if" I failed, I'd plea guilty and accept whatever sentence I was given.

There's a ton of evidence on my side, but this felony issue changed it all.

I'll let you know what happens.

Hang in there. The justice system is complicated and messy. You are strong and will persevere. Thanks for writing.