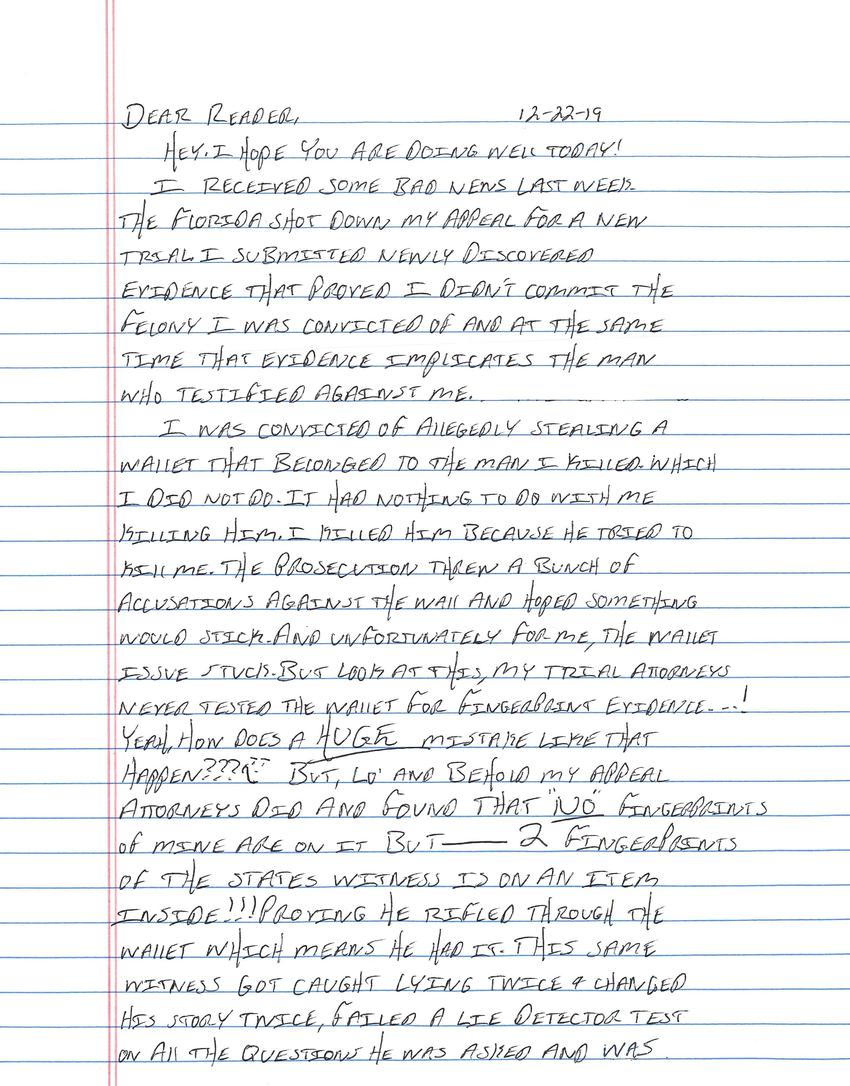 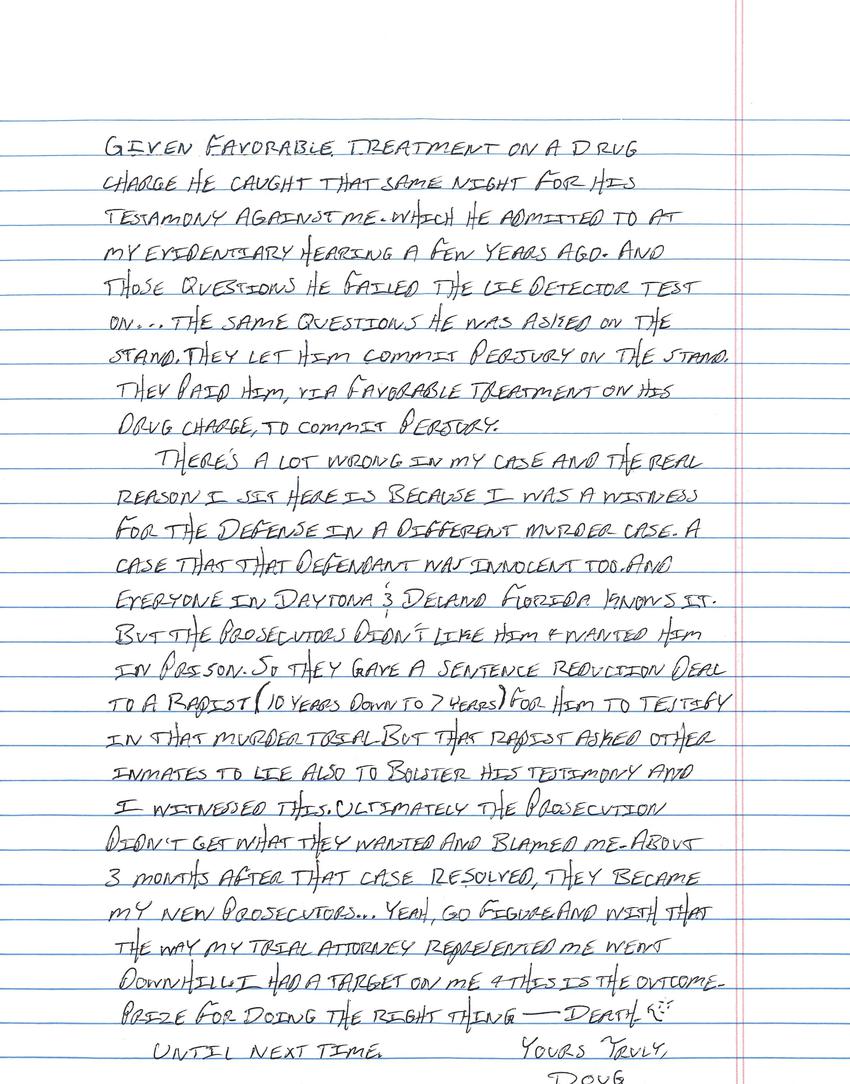 Dear Reader,
Hey. I hope you are doing well today!

I received some bad news last week. Florida shot down my appeal for a new trial. I submitted newly discovered evidence that proved I didn't commit the felony I was convicted of and at the same time that evidence implicates the man who testified against me.

I was convicted of allegedly stealing a wallet that belonged to the man I killed, which I did not do. It had nothing to do with me killing him. I killed him because he tried to kill me. The prosecution threw a bunch of accusations against the wall and hoped something would stick. And unfortunately for me, the wallet issue stuck. But look at this, my trial attorneys never tested the wallet for fingerprint evidence...

Yeah, how does a huge mistake like that happen? :?

But lo and behold my appeal attorneys did and found that no fingerprints of mine are on it, but two fingerprints of the state witness is on an item inside! Proving he rifled through the wallet, which means he had it. This same witness got caught lying twice and changed his story twice, failed a lie detector test on all the questions he was asked, and was given favorable treatment on a drug charge he caught that same night for his testimony against me. Which he admitted to at my evidentiary hearing a few years ago.

There's a lot wrong in my case, and the real reason I sit here is because I was a witness for the defense in a different murder case. A case that that defendant was innocent too. And everyone in Daytona and Delano, Florida knows it.

But the prosecutors didn't like him and wanted him in person. So, they gave a sentence reduction deal to a rapist (ten years down to seven years) for him to testify in that murder trial. That rapist asked other inmates to lie to bolster to testimony and I witnessed this. Ultimately the prosecutor didn't get what they wanted and blamed me. About three months after that case resolved, they became my new prosecutors...

And with that, the way my trial attorney represented me went downhill. I had a target on me and this is the outcome. Prize for doing the right thing—death. :/

Well I think you did the right thing by defending yourself.I am sure justice will find it's path and you'll free again.
Stay strong brother
Bayezid from Turkey