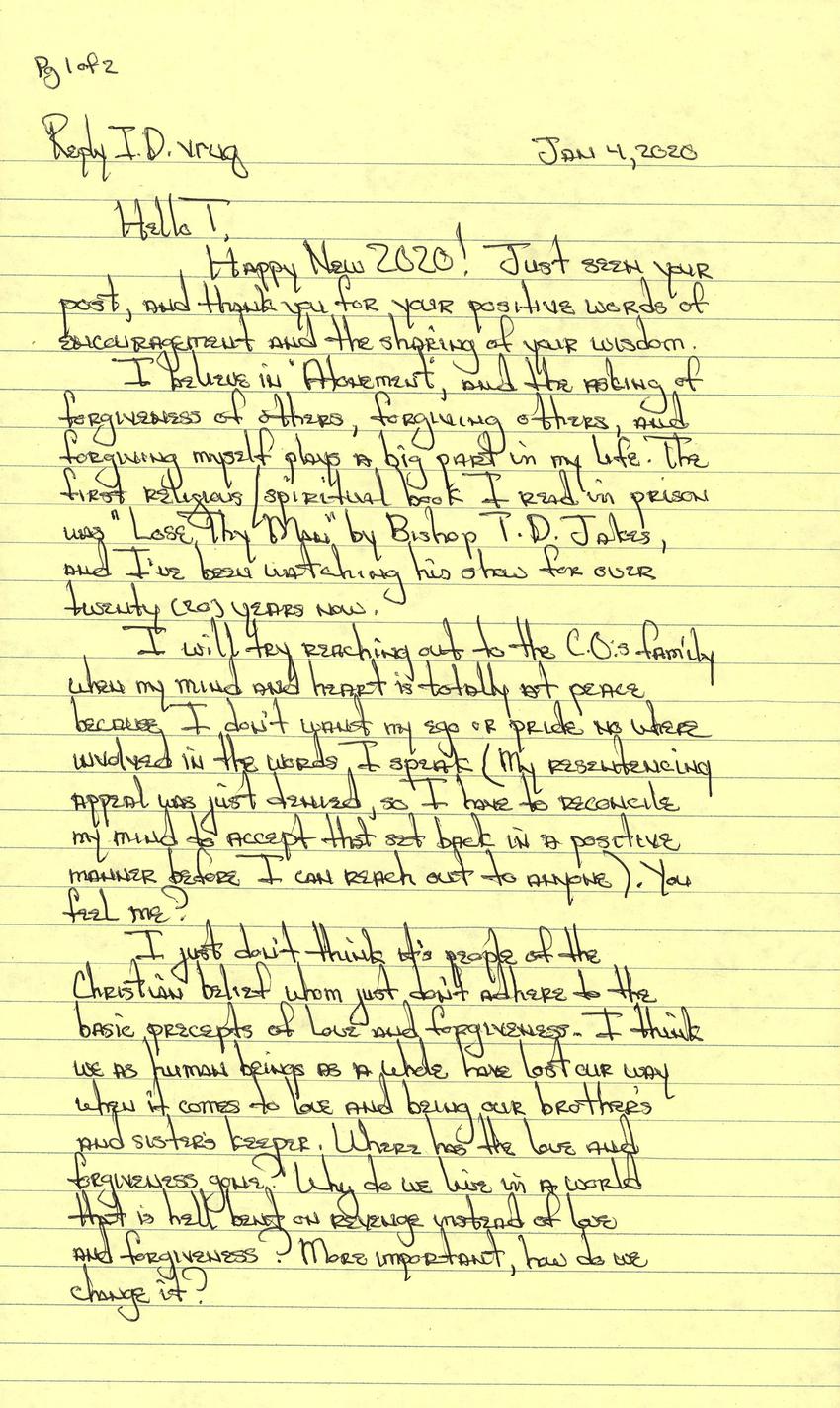 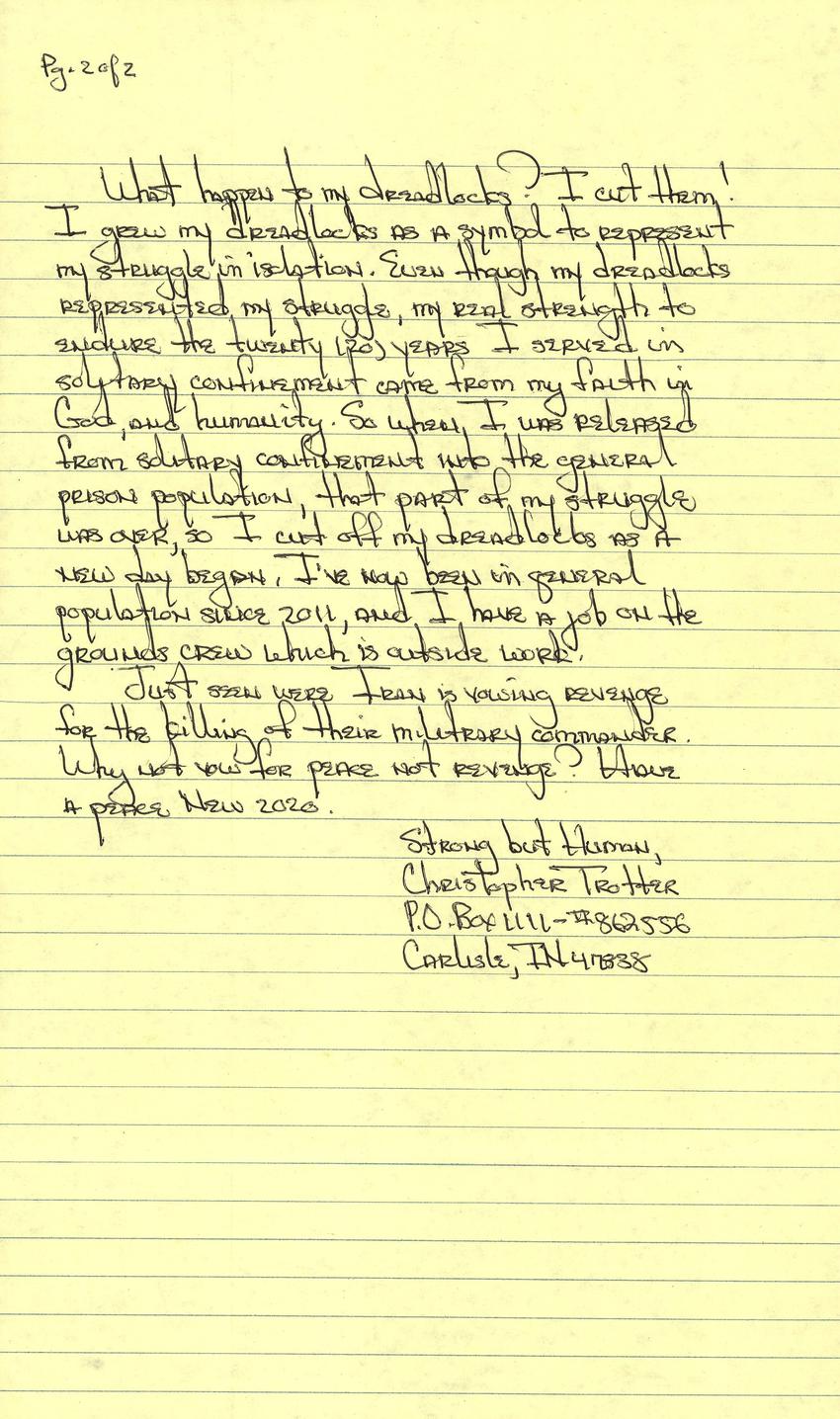 Happy New 2020! Just seen your post, and thank you for your positive words of encouragement and sharing of your wisdom.

I believe in "Atonement" and the asking of forgiveness of others, forgiving others, and forgiving myself plays a big part in my life. The first religious/spiritual book I read in prison was "Lose Thy Man" by Bishop T. D. Jakes, and I've been watching his show for over twenty (20) years now.

I will try reaching out to the C.O.'s family when my mind and heart is totally at peace because I don't want my ego or pride [undecipherable] involved in the words I speak (My resentencing appeal was just denied, so I have to reconcile my mind to accept that set back in a positive manner before I can reach out to anyone). You feel me?

Just seen were Iran is vowing revenge for the killing of their military commander. Why not vow for peace not revenge? Have a peace New 2020.

I finished the transcription for your post. Stay strong and keep going. Keep writing! PS. Your handwriting is gorgeous.