Zine Review: Backwoods, A journal of anarchy and wortcunning 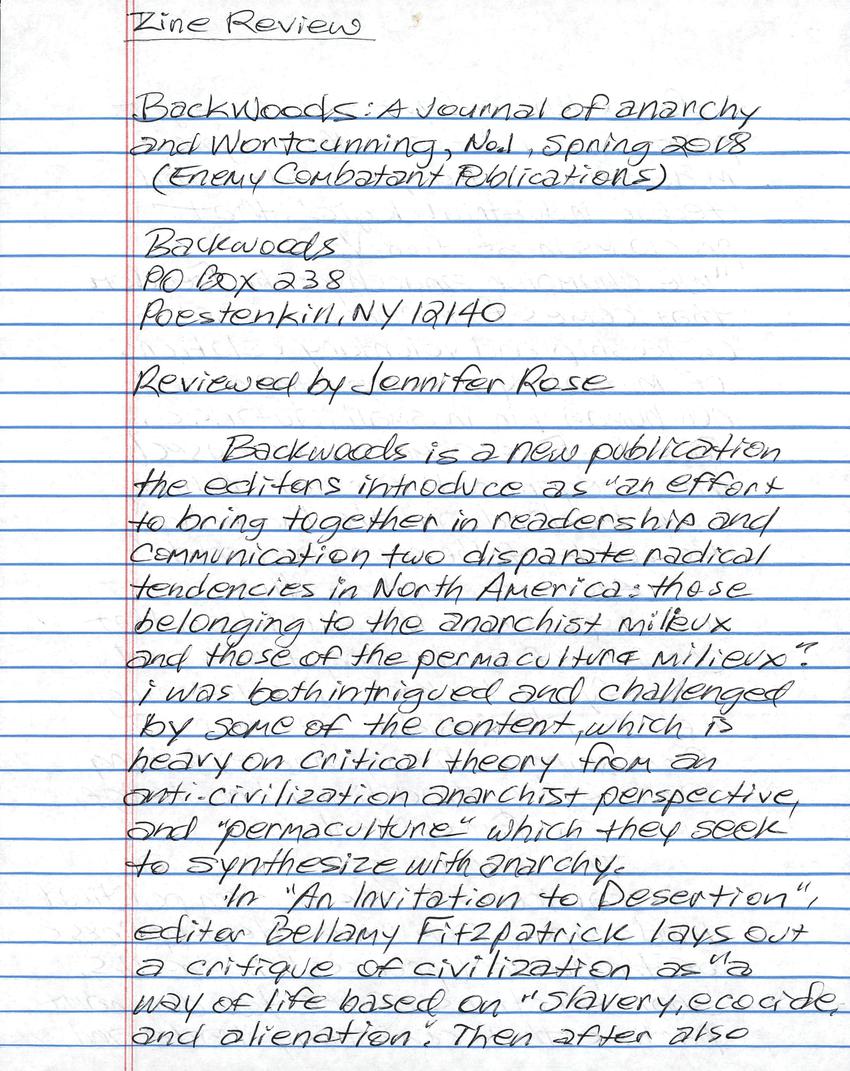 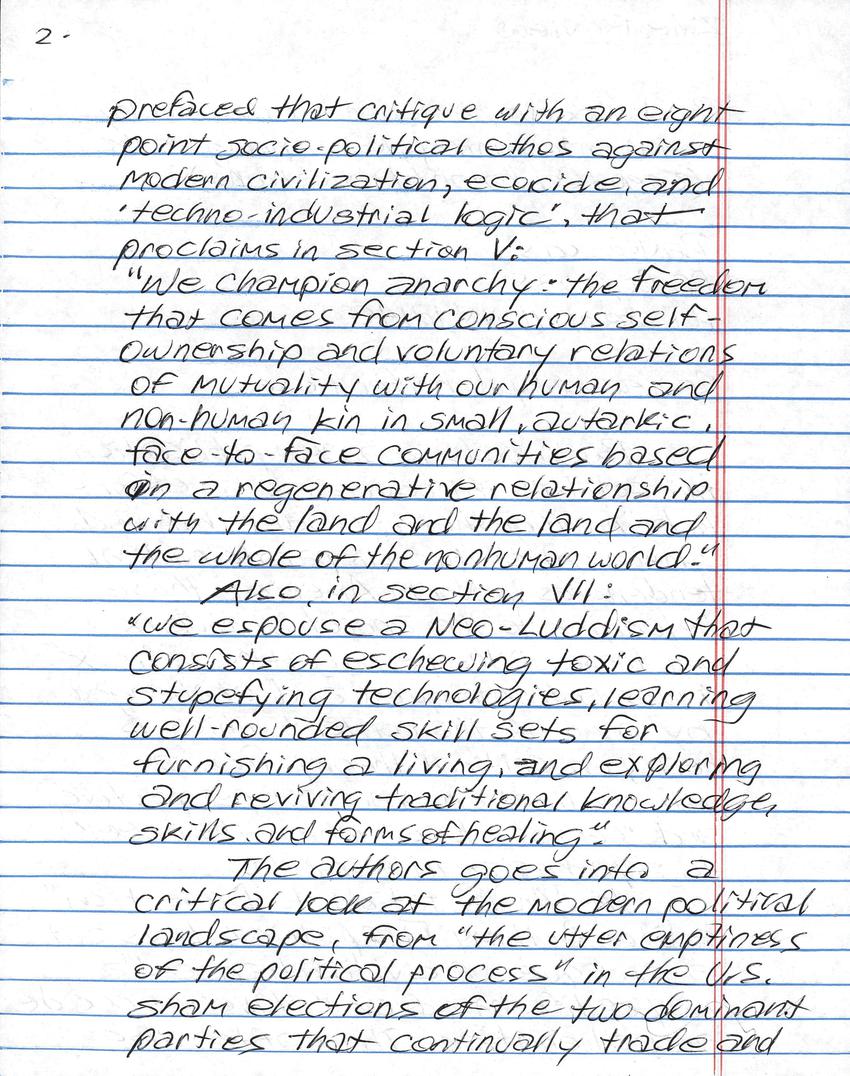 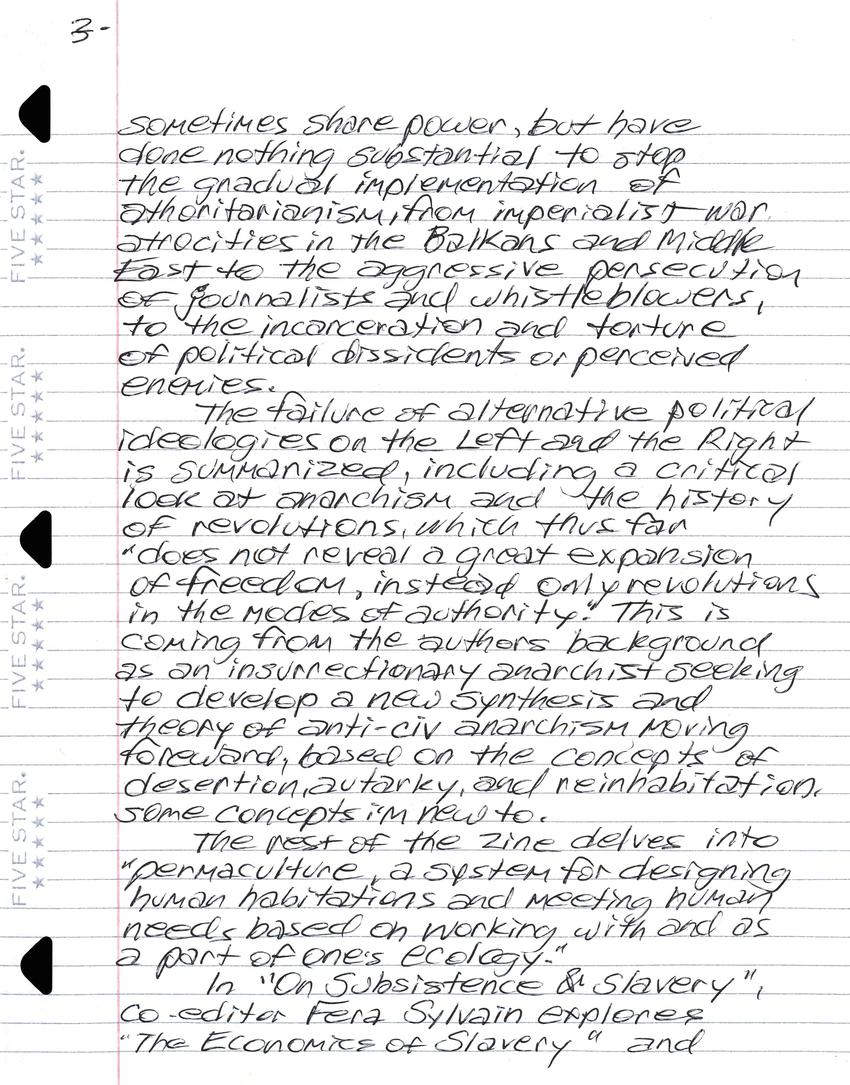 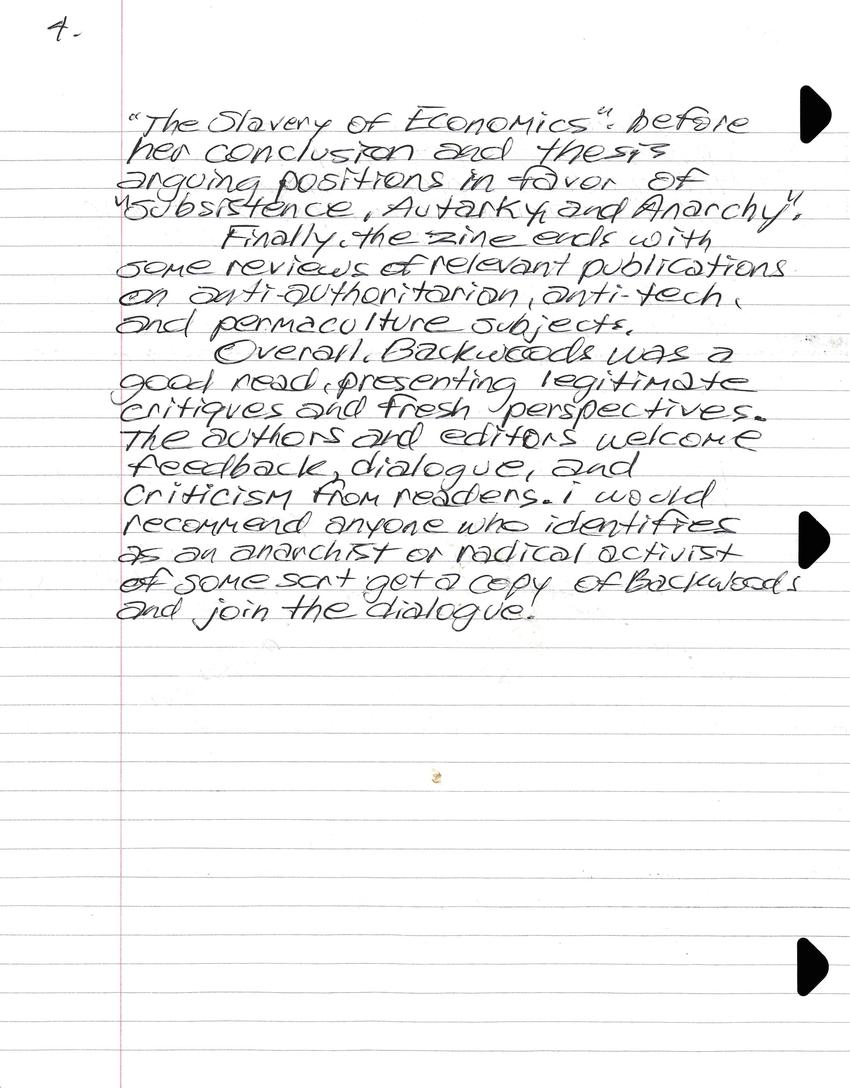 Backwoods is a new publication the editors introduce as "an effort to bring together in readership and communication two disparate radical tendencies in North America: those belonging to the anarchist milieux and those of the permaculture milieux? I was both intrigued and challenged by some of the content, which is heavy on critical theory from an anti-civilization anarchist perspective, and "permaculture" which they seek to synthesize with anarchy.
In "An Invitation to Desertion", editor Bellamy Fitzpatrick lays out a critique of civilization as "a way of life based on "slavery, ecocide, and alienation." Then after also prefaced that critique with an eight point socio-political ethos against modern civilization, ecocide, and "techno-industrial logic," that proclaims in section V:
"We champion anarchy: the freedom that comes from conscious self-ownership and voluntary relations of mutuality with our human and non-human kin in small, autarkic, face-to-face communities based on a regenerative relationship with the land and the land and the whole of the nonhuman world."
Also, in section VII:
"We espouse a Neo-Luddism that consists of eschewing toxic and stupefying technologies, learning well-rounded skill sets for furnishing a living, and exploring and reviving traditional knowledge, skills, and forms of healing."
The authors goes into a critical look at the modern political landscape, from "the utter emptiness of the political process" in the U.S. sham elections of the two dominant parties that continually trade and sometimes share power, but have done nothing substantial to stop the gradual implementation of authoritarianism, form imperialist war atrocities in the Balkans and Middle East to the aggressive persecution of journalists and whistleblowers, to the incarceration and torture of political dissidents or perceived enemies.
The failure of alternative political ideologies on the Left and the Right is summarized, including a critical look at anarchism and the history of revolutions, which thus far "does not reveal a great expansion of freedom, instead only revolutions in the modes of authority." This is coming from the author's background as an insurrectionary anarchist seeking to develop a new synthesis and theory of anti-civ anarchism moving forward, based on the concepts of desertion, autarky and inhabitation some concepts I'm new to.
The rest of the Zine delves into "permaculture, a system for designing human habitations and meeting human needs based on working with and as a part of one's ecology.
In "On Subsistence & Slavery", co-editor Fera Sylvain explores "The Economics of Slavery" and "The Slavery of Economics." before her conclusion and thesis arguing positions in favor of subsistence, Autarky, and Anarchy."
Finally, the zine ends with some reviews of relevant publications on anti-authoritarian, anti-tech, and permaculture subjects.
Overall, Backwoods was a good read, presenting legitimate critiques and fresh perspectives. The authors and editors welcome feedback, dialogue and criticism from readers. I would reccommend anyone who identifies as an anarchist or radical activist of some sort get a copy of Backwoods and join the dialogue.