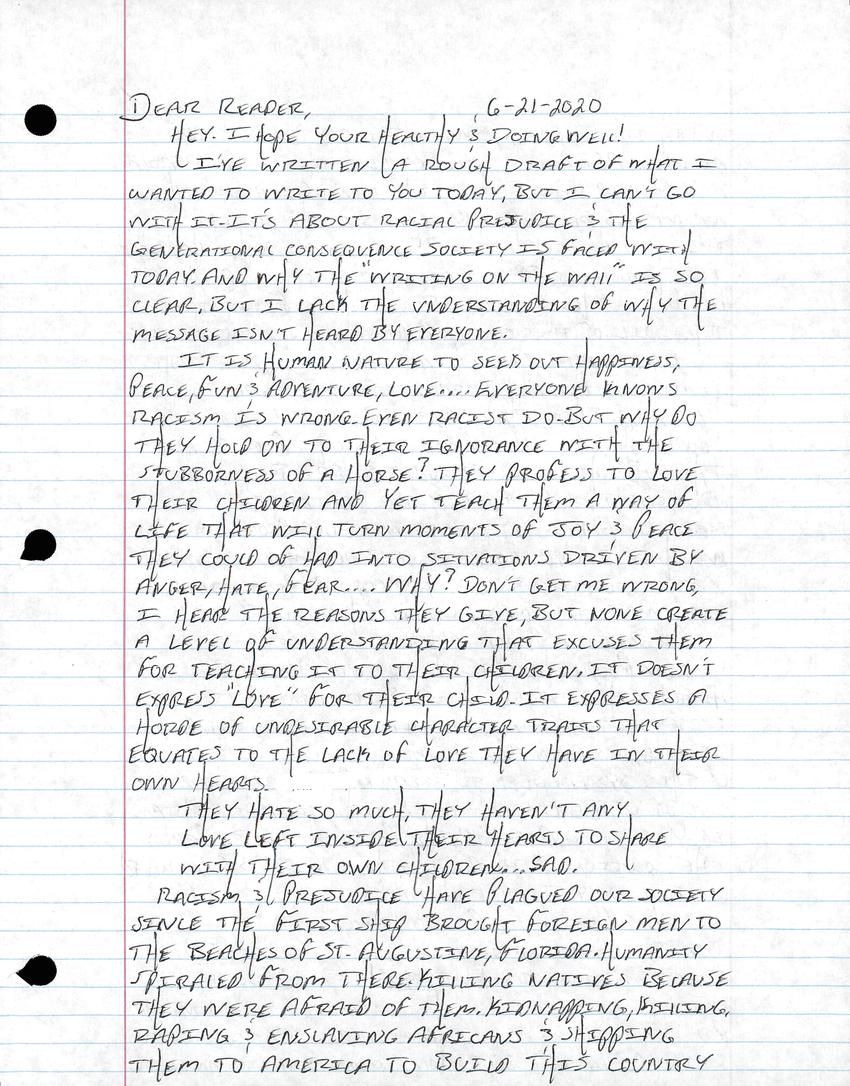 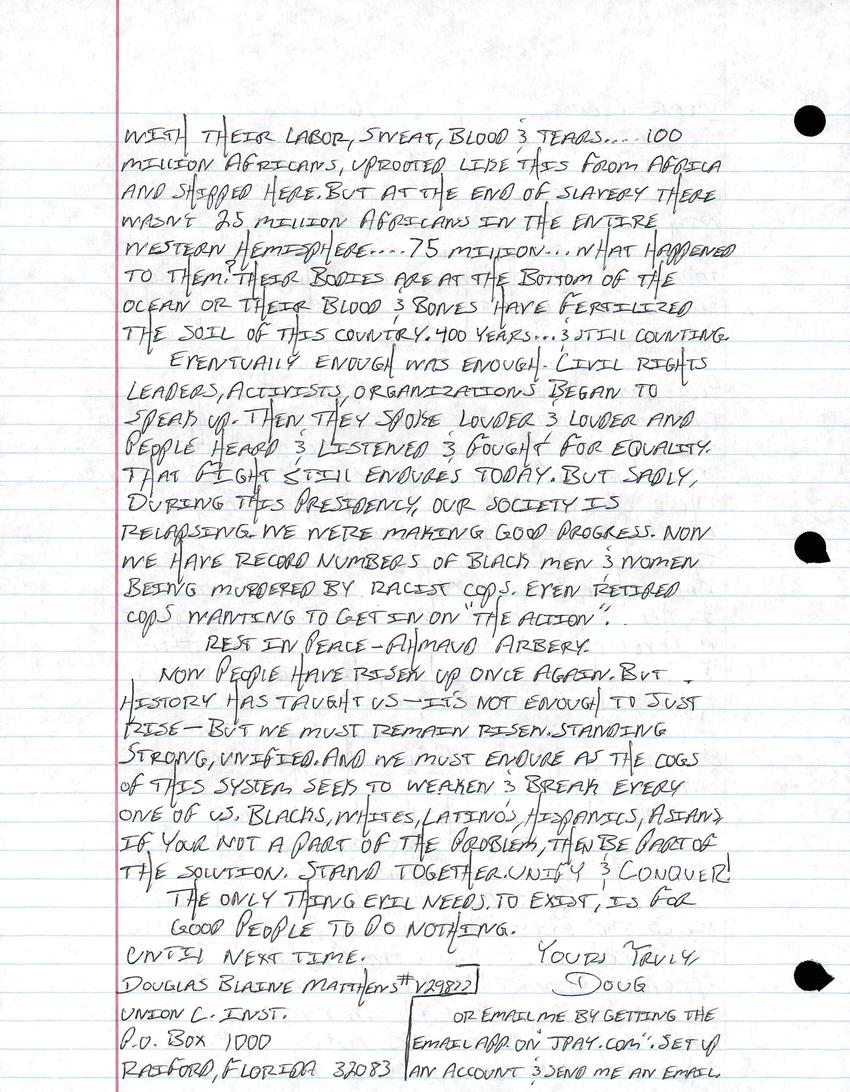 Hey. I hope you're healthy and doing well! I've written a rough draft of what I wanted to write to you today, but I can't go with it. It's about racial prejudice and the generational consequence society is faced with today. And why the "writing on the wall" is so clear, but I lack the understanding of why the message isn't heard by everyone.

It is human nature to seed out happiness, peace, fun and adventure, love... everyone knows racism is wrong. Even racists do. But why do they hold on to their ignorance with the stubbornness of a horse? They profess to love their children and yet teach them a way of life that will turn moments of joy and peace they could have had into situations driven by anger, hate, fear... why? Don't get me wrong, I hear the reasons they give, but none create a level of understanding that excuses them for teaching it to their children. It doesn't express "love" for their child. It expresses a horde of undesirable character traits that equates to the lack of love they have in their own hearts.

They hate so much. They haven't any love left inside their hearts to share with their own children... sad. Racism and pressure have plagued our society since the first ship brought foreign men to the beaches of St. Augustine, Florida. Humanity spiraled from there. Killing natives because they were afraid of them. Kidnapping, killing, raping, and enslaving Africans and shipping them to America to build this country with their labor, sweat, blood, and tears... 100 million Africans, uprooted like this from African and shipped here. But at the end of slavery there weren't 25 million Africans in the entire western hemisphere... 75 million... what happened to them? Their bodies are at the bottom of the ocean or their blood and bones have fertilized the soil of this country. 400 years... and still counting.

Eventually, enough was enough. Civil rights leaders, activists, organizations began to speak up. They they spoke louder and louder and people heard and listened and fought for equality. That fight still endures today. But sadly, during this presidency, our society is relapsing. We were making good progress. Now we have record numbers of Black men and women being murdered by racist cops. Even retired cops wanting to get in on the "action".

Now people have risen up once again. But history has taught us - it's not enough to just rise - but we must remain risen. Standing strong, unified. And we must endure as the cogs of this system seek to weaken and break every one of us. Blacks, Whites, Latinos, Hispanics, Asians. If you're not a part of the problem, them be part of the solution. Stand together. Unity and Conquer!

The only thing evil needs, to exist, is for good people to do nothing.

Or email me by getting the email app on "JPay.com". Set up an account and send me an email.