The Evil That They Do 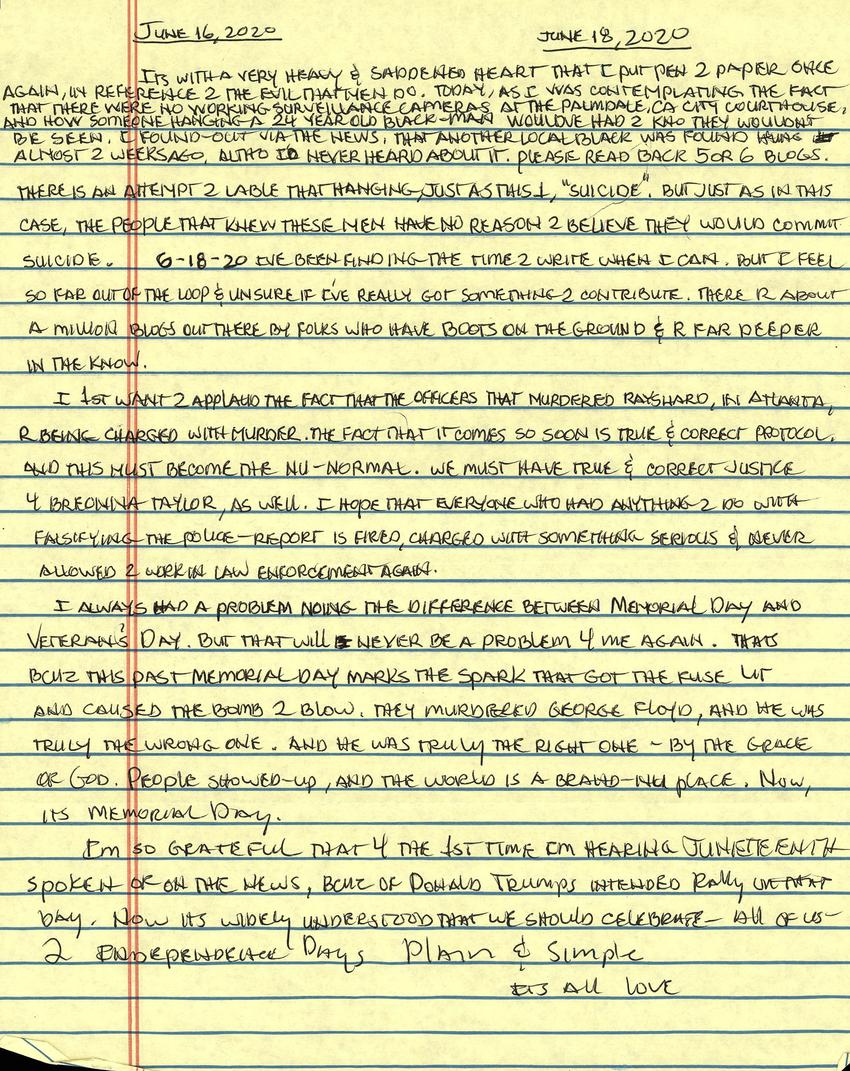 It's with a very heavy and saddened heart that I put pen to paper once again, in reference to the evil that men do. Today, as I was contemplating the fact that there were no working surveillance cameras at the Palmdale, CA city courthouse, and how someone hanging a 24-year-old Black man would've had two know they wouldn't be seen. I found out via the news that another local Black was found hung almost 2 weeks ago, although I'd never heard about it. Please read back 5 or 6 blogs. There is an attempt to label that hanging, just as this one, "suicide", but just as in this case, the people that knew these men have no reason to believe they would commit suicide.

I've been finding the time to write when I can. But I feel so far out of the loop and unsure if I've really got something to contribute. There are about a million blogs out there by folks who have boots on the ground and are far deeper in the know.

I first want to applaud the fact that the officers that murdered Rayshard, in Atlanta, are being charged with murder. The fact that it comes to soon is true and correct justice for Breonna Taylor, as well. I hope that everyone who had anything to do with falsifying the police report is fired, charged with something serious, and never allowed to work in law enforcement again.

I always had a problem knowing the difference between Memorial Day and Veteran's Day. But that will never be a problem for me again. That's because this past Memorial Day marks the spark that got the fuse lit and caused the bomb to blow. They murdered George Floyd, and he was truly the wrong one. And he was truly the right one - by the grace of God. People showed up, and the world is in a brand new place. Now, it's Memorial Day.

I'm so grateful that for the first time I'm hearing Juneteenth spoken of in the news, because of Donald Trump's intended rally on that day. Now it's widely understood that we should celebrate - all of us - 2 Independence Days. Plain and simple.

Thanks for writing! I submitted the transcription for your post that someone else made.