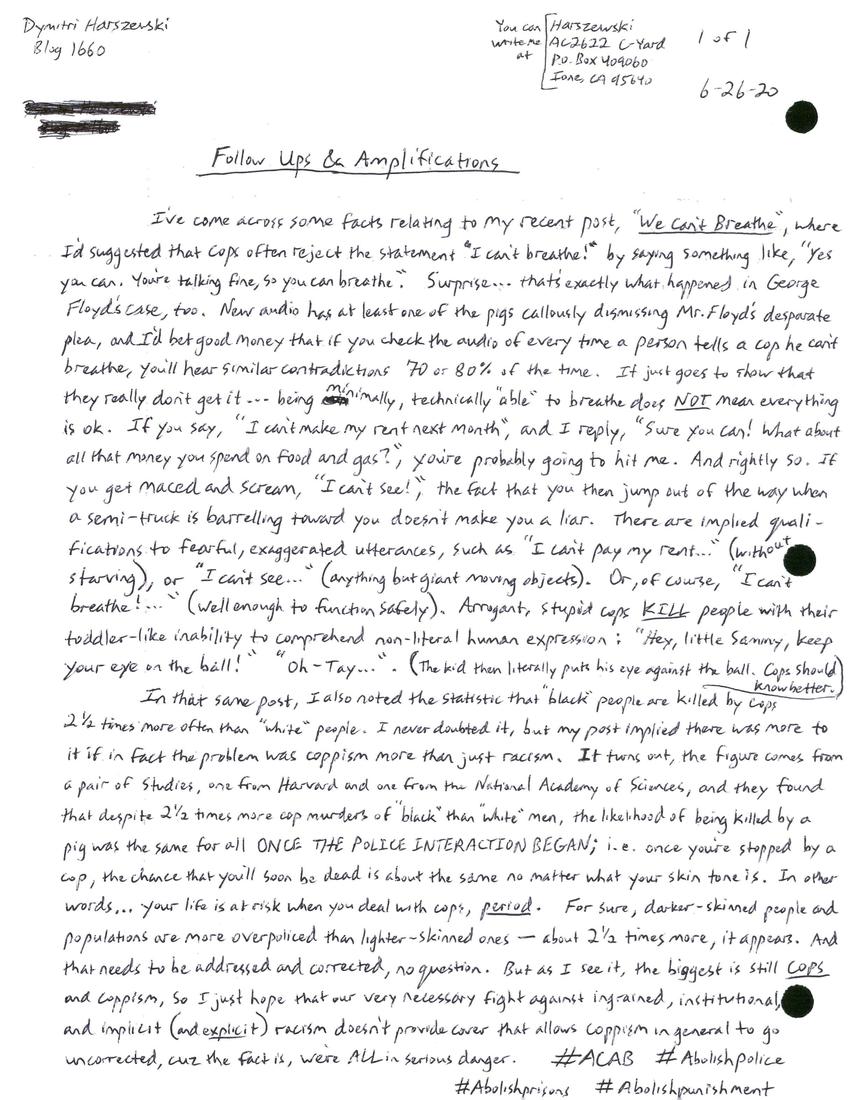 I've come across some facts relating to my recent post, "͟W͟e͟ ͟C͟a͟n͟'͟t͟ ͟B͟r͟e͟a͟t͟h͟e͟"͟, where I'd suggested that cops often reject the statement, "I can't breathe!" by saying something like "yes, you can. You're talking fine, so you can breathe." Surprise...That's exactly what happened in George Floyd's case, too. New audio has at least one of the pigs callously dismissing Mr. Floyd's desperate plea, and I'd bet good money that if you check the audio of every time a person tells a cop he can't breathe, you'll hear similar contributions 70 or 80% of the time. It just goes to show that they really don't get it...being minimally, technically "able" to breathe does N͟O͟T͟ mean everything is ok. If you say, "I can't make my rent next month," and I reply, "Sure you can! What about all that money you spend on food and gas?", you're probably going to hit me. And rightly so. If you get maced and scream, "I can't see!" the fact that you then jump out of the way when a semi-truck is barreling toward you doesn't make you a liar. There are implied qualifications to fearful, exaggerated utterances, such as "I can't pay my rent..." (without starving), or "I can't see..." (anything but giant moving objects). Or, of course, "I can't breathe!..." (well enough to function safely). Arrogant, stupid cops K͟I͟L͟L͟ people with their toddler-like inability to comprehend non-literal human expression: "Hey, little Sammy, keep your eye on the ball!" "Oh-Tay..." (The kid then literally puts his eye against the ball. Cops should know better.)

In that same post, I also noted the statistic that "black" people are killed by cops 2½ times more often than "white" people. I never doubted it, but my post implied there was more to it if, in fact, the problem was coppism more than racism. It turns out, the figure comes from a pair of studies, one from Harvard and one from the National Academy of Sciences, and they found that despite 2½ times more cop murders of "black" than "white" men, the likelihood of being killed by a pig was the same for all ONCE THE POLICE INTERACTION BEGAN; i.e. once you're stopped by a cop, the chance that you'll soon be dead is about the same no matter what your skin tone is. In other words...your life is at risk when you deal with cops, p͟e͟r͟i͟o͟d͟. For sure, darker-skinned people and populations are more overpoliced than lighter-skinned ones — about 2½ times more, it appears. And that needs to be addressed and corrected, no question. But as I see it, the biggest is still C͟O͟P͟S͟ and coppism, so I just hope that our very necessary fight against ingrained, institutional, and implicit (and e͟x͟p͟l͟i͟c͟i͟t͟) racism doesn't provide cover that allows coppism, in general, to go uncorrected, cuz the fact is, we're ALL in serious danger. #ACAB #Abolishpolice #Abolishprisons #Abolishpunishment

Fascinating. You bring a good point. Saying that you can't breathe doesn't mean you "can't breathe" at all. Under the circumstances, you just can't breathe to function properly. But what happened to George Floyd, as far as I know, was horrible.

We need to correct the system. It's getting out of hand and history will repeat itself again. 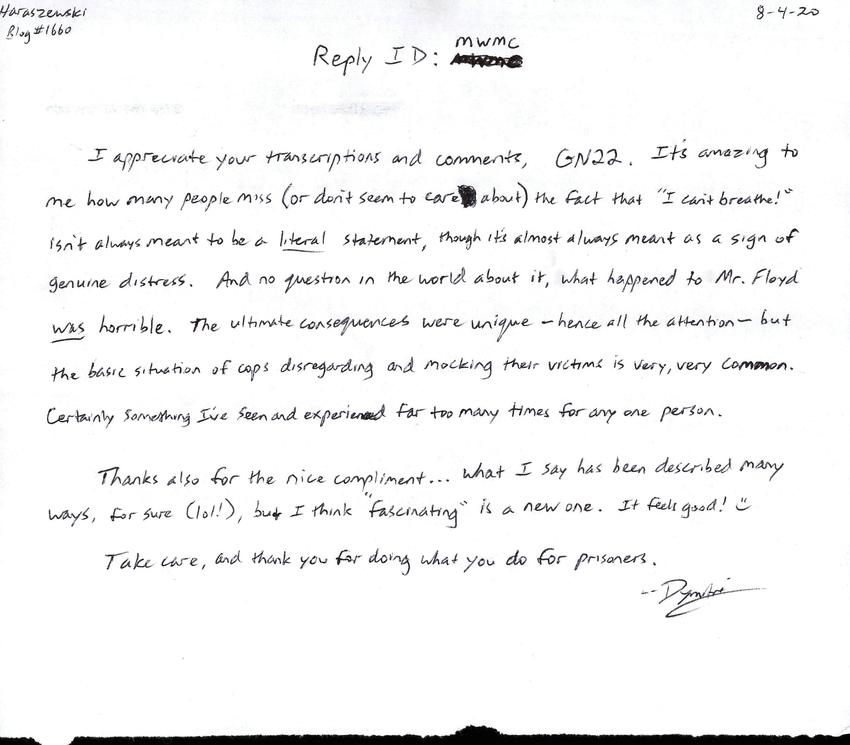