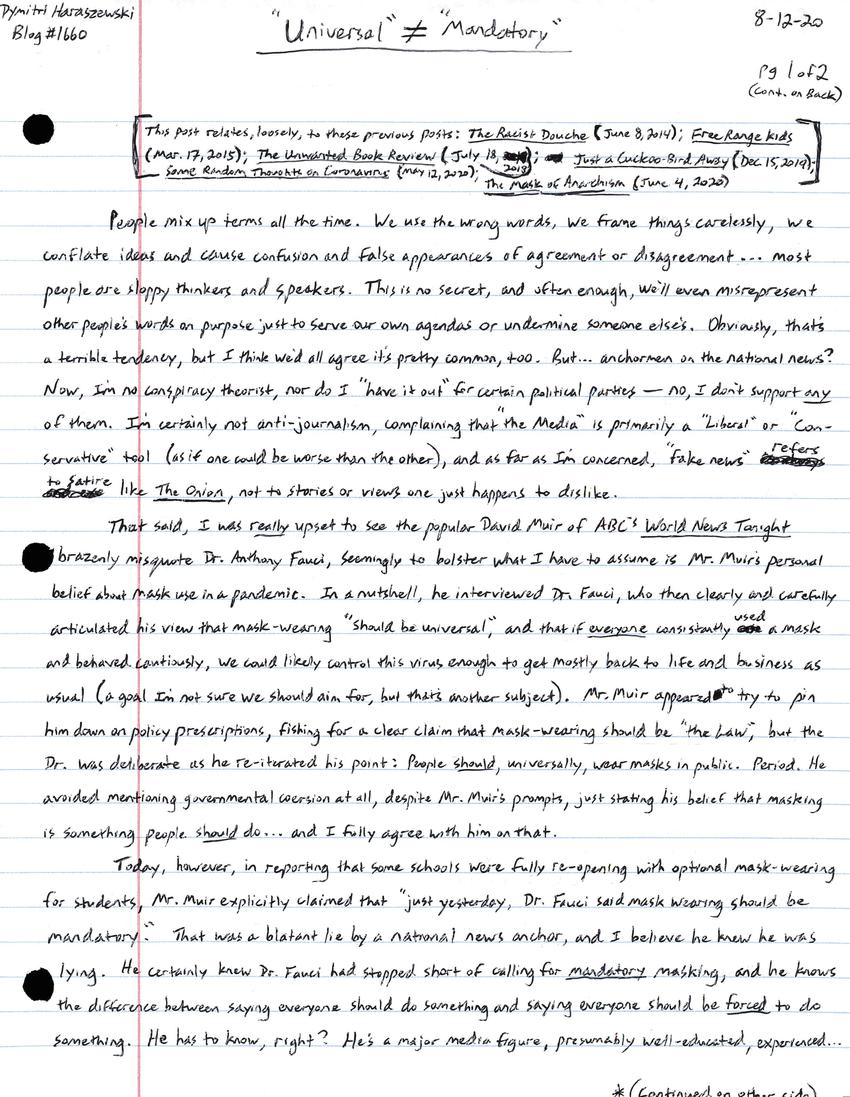 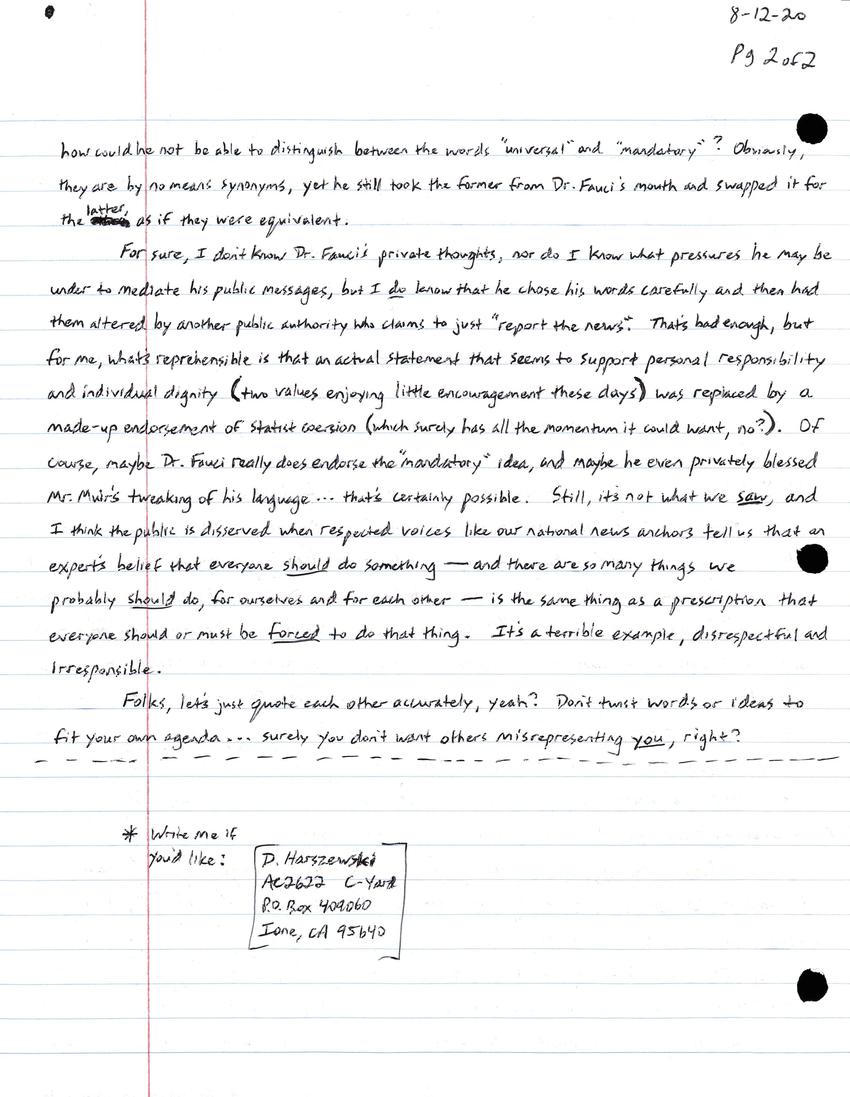 People mix up terms all the time. We use the wrong words, we frame things carelessly, we conflate ideas and cause confusion and false appearances of agreement or disagreement... most people are sloppy thinkers and speakers. This is no secret, and often enough, we'll even misrepresent other people's words on purpose just to serve our own agendas or undermine someone else's. Obvious;y, that's a terrible tendency, but I think we'd all agree it's pretty common, too. But... anchormen on the national news? Now, I'm no conspiracy theorist, nor do I "have it out" for certain political parties - no, I don't support any of them. I'm certainly no antijournalism, complaining that "the Media" is primarily a "Liberal" or "Conservative" tool (as if one could be worse than the other), and as far as I'm concerned, "fake news" refers to satire like The Onion, not to stories or views one just happens to dislike.

That said, I was really upset to see the popular David Muir of ABC's World News Tonight brazenly misquote Dr. Anthony Fauci, seemingly to bolster what I have to assume is Mr. Muir's personal belief about mask use in a pandemic. In a nutshell, he interviewed Dr. Fauci, who then clearly and carefully articulated his view that mask-wearing "should be universal", and that if everyone consistently used a mask and behaved cautiously, we could likely control this virus enough to get mostly back to life and business as usual (a goal I'm not sure we should aim for, but that's another subject). Mr. Muir appeared to try to pin him down on policy prescriptions, fishing for a clear claim that mask-wearing should be "the Law," but the Dr. was deliberate as he re-iterated his point: People should, universally, wear masks in public. Period. He avoided mentioning governmental coersion at all, despite Mr. Muir's prompts, just stating his belief that masking is something people should do...and I fully agree with him on that. Today, however, in reporting that some schools were fully re-opening with optional mask-wearing for students, Mr. Muir explicitly claimed that "just yesterday, Dr. Fauci said mask wearing should be mandatory." That was a blatant lie by a national news anchor, and I believe he knew he was lying. He certainly knew Dr. Fauci had stopped short of calling for mandatory masking, and he knows the difference between saying everyone should do something and saying everyone should be forced to do something. He has to know, right? He 's a major media figure, presumably well-educated, experienced...how could he not be able to distinguish between the words "universal" and "mandatory"? Obviously, they are by no means synonyms, yet he still took the former from Dr. Fauci's mouth and swapped it for the latter, as if they were equivalent.

For sure, I don't know Dr. Fauci's private thoughts, nor do I know what pressures he may be under to mediate his public messages, but I do know that he chose his words carefully and then had them altered by another public authority who claims to just "report the news." That's bad enough, but for me, what's reprehensible is that an actual statement that seems to support personal responsibility and individual dignity (two values enjoying little encouragement these days) was replaced by a made-up endorsement of statist coersion (which surely has the momentum it could want, no?). Of course, maybe Dr. Fauci really does endorse the "mandatory" idea, and maybe he even privately blessed Mr. Muir's tweaking of his language... that's certainly possible. Still, it's not what we saw, and I think the public is disserved when respected voices like our national news anchors tell us that an expert's belief that everyone should do something - and there are so many things we probably should do, for ourselves and for each other - is the same thing as a prescription that everyone should or must be forced to do that thing. It's a terrible example, disrespectful and irresponsible. Folks, let's just quote each other accurately, yeah? Don't trust words or ideas to fit your own agenda... surely you don't want others misrepresenting you, right?