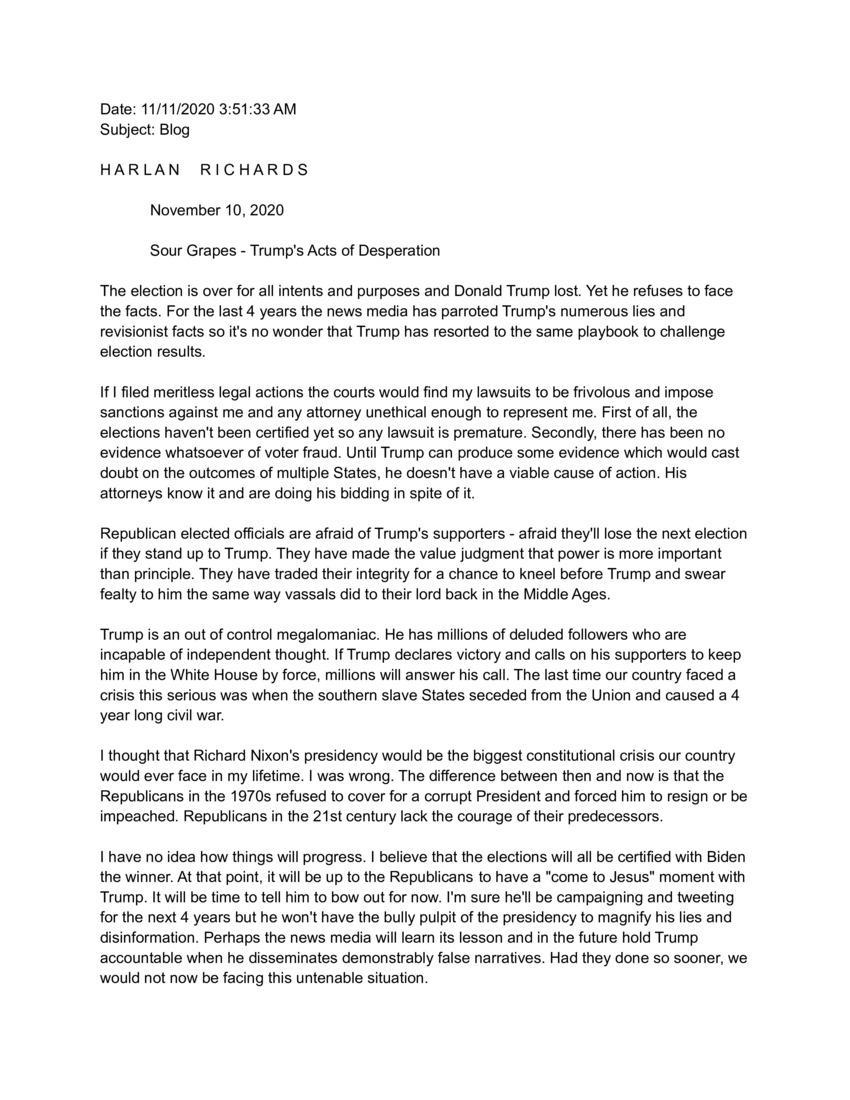 The election is over for all intents and purposes and Donald Trump lost. Yet he refuses to face the facts. For the last 4 years the news media has parroted Trump's numerous lies and revisionist facts so it's no wonder that Trump has resorted to the same playbook to challenge election results.

If I filed meritless legal actions the courts would find my lawsuits to be frivolous and impose sanctions against me and any attorney unethical enough to represent me. First of all, the elections haven't been cerfied so yet any lawsuit is premature. Secondly, there has been no evidence whatsoever of voter fraud. Until Trump can produce some evidence which would cast doubt on the outcomes of multiple States, he doesn't have a viable cause of action. His attorneys know it and are doing his bidding in spite of it.

Republican elected officials are afraid of Trump's supporters- afraid they'll lose the next election if they stand up to Trump. They have made the value judgment that power is more important than principle. They have traded their integrity for a chance to kneel before Trump and swear fealty to him the same ways vassals did to their lord back in the Middle Ages.

Trump is an out of control megalomaniac. He has millions of deluded followers who are incapable of independent thought. If Trump declares victory and calls on his supporters to keep him in the white house by force, millions will answer his call. The last time our country faced a crisis this serious was when the southern slave states seceded from the Union and caused a 4 year long civil war.

I thought that Richard Nixon's presidency would be the biggest constitutional crisis our country would ever face in my lifetime. I was wrong. The difference between then and now is that the Republicans in the 1970s refused to cover for a corrupt President and forced him to resign or be impeached. Republicans in the 21st century lack the courage of their predecessors.

I have no idea how things will progress. I believe that the elections will all be certified with Biden the winner. At that point, it will be up to the Republicans to have a "come to Jesus" moment with Trump. It will be time to tell him to bow out for now. I'm sure he'll be campaigning and tweeting for the next 4 years but he won't have the bully pulpit of the presidency to magnify his lies and disinformation. Perhaps the new media will learn its lesson and in the future hold Trump accountable when he disseminates demonstrably false narratives. Had they done so sooner, we would not now be facing this untenable situation.

Thank you for writing this!

I enjoyed the parallels that you drew with other historical eras. I am also very frustrated with the election and it was nice to hear a fresh perspective from someone who agreed with me.

I finished the transcription for your post so that others can read it.
(scanned reply – view as blog post)
uploaded Dec. 14, 2020.  Original (PDF) 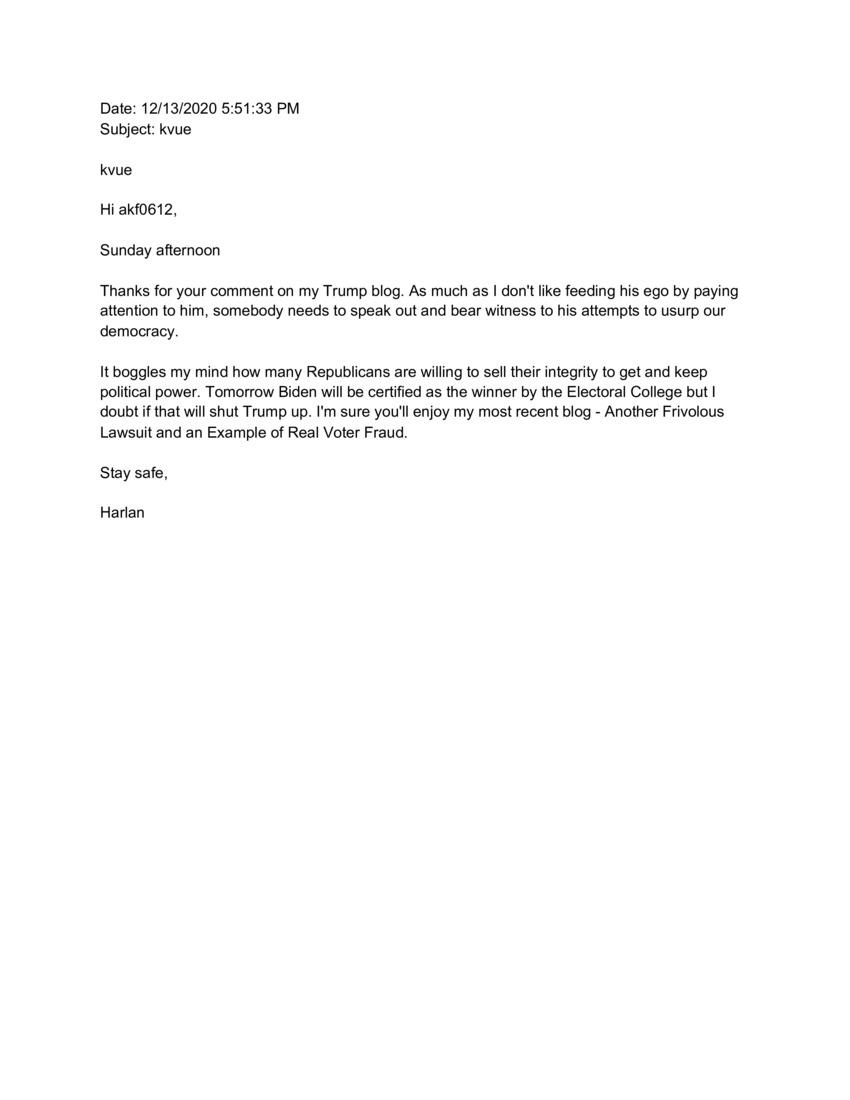