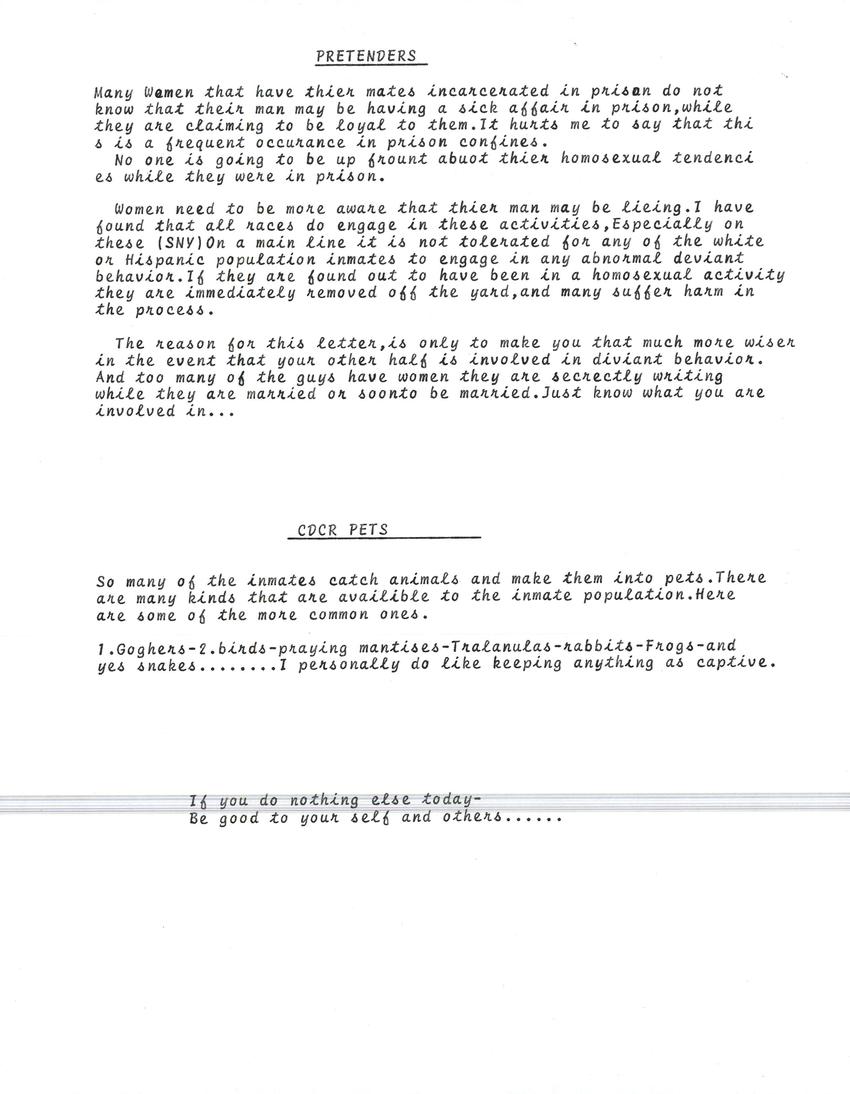 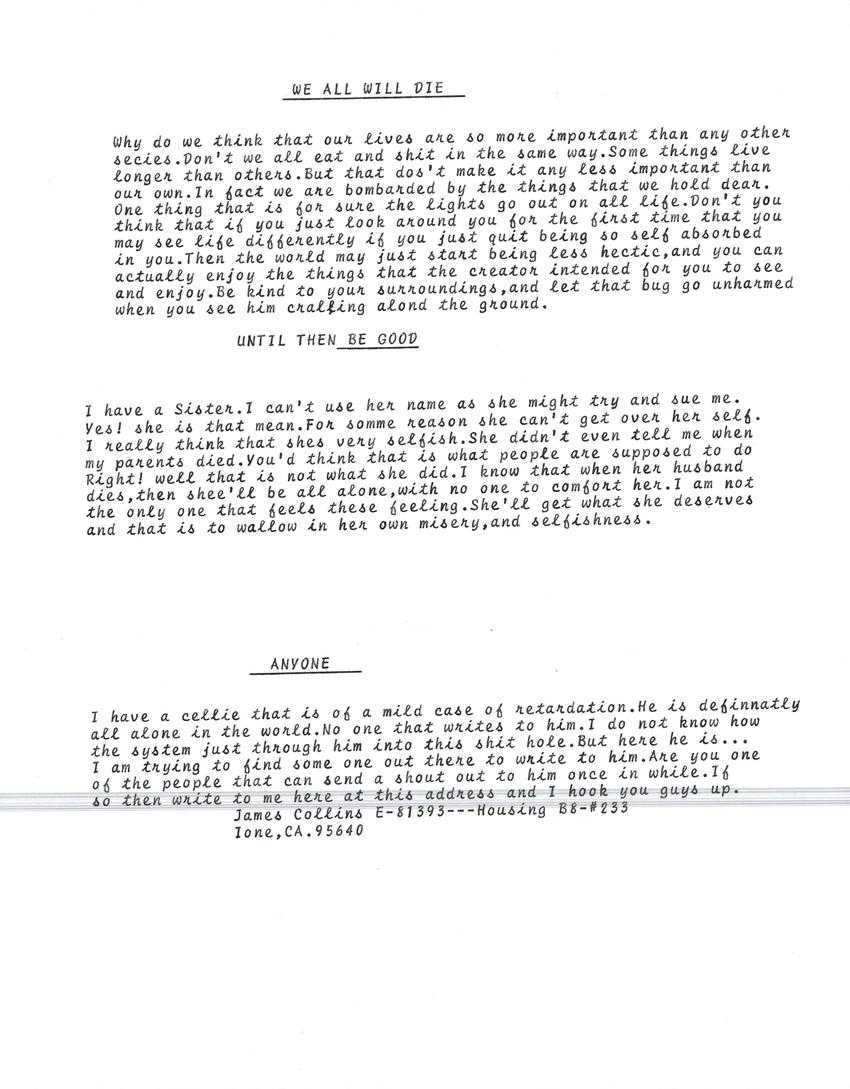 Many women that have their mates incarcerated in prison do not know that their man may be having a sick affair in prison, while they are claiming to be loyal to them. It hurts me to say that this is a frequent occurrence in prison confines.
No one is going to be up front about their homosexual tendencies while they were in prison.

Women need to be more aware that their man may be lying. I have found that all races do engage in these activities, especially on these (SNY) On a main line it is not tolerated for any of the white or Hispanic population inmates to engage in any abnormal deviant behavior. If they are found out to have been in a homosexual activity they are immediately removed off the yard, and many suffer harm in the process.

The reason for this letter, is only to make you that much more wiser in the event that your other half is involved in deviant behavior. And too many of the guys have women they are secretly writing while they are married or soon to be married. Just know what you are involved in...

So many of the inmates catch animals and make them into pets. There are many kinds that are available to the inmate population. Here are some of the more common ones.

1. Gophers - 2. birds - praying mantises - tarantulas - rabbits - frogs - and yes snakes... I personally do like keeping anything as captive.

If you do nothing else today -
Be good to your self and others...

WE ALL WILL DIE

Why do we think that our lives are so more important than any other species. Don't we all eat and shit in the same way. Some things live longer than others. But that doesn't make it any less important than our own. In fact we are bombarded by the things that we hold dear. One thing that is for sure the lights go out on all life. Don't you think that if you just look around you for the first time that you may see life differently if you just quit being so self absorbed in you. Then the world may just start being less hectic, and you can actually enjoy the things that the creator intended for you to see and enjoy. Be kind to your surroundings, and let that bug go unharmed when you see him crawling along the ground.

UNTIL THEN BE GOOD

I have a sister. I can't use her name as she might try and sue me. Yes! She is that mean. For some reason she can't get over herself. I really think that she's very selfish. She didn't even tell me when my parents died. You'd think that is what people are supposed to do. Right! Well that is not what she did. I know that when her husband dies, then she'll be all alone, with no one to comfort her. I am not the only one that feels these feelings. She'll get what she deserves and that is to wallow in her own misery, and selfishness.

I have a cellie that is of a mild case of retardation. He is definitely all alone in the world. No one that writes to him. I do not know how the system just through him into this shit hole. But here he is... I am trying to find someone out there to write to him. Are you one of the people that can send a shout out to him once in a while? If so then write to me here at this address and I hook you guys up.
James Collins E-81393---Housing B8-#233
Ione, CA. 95640