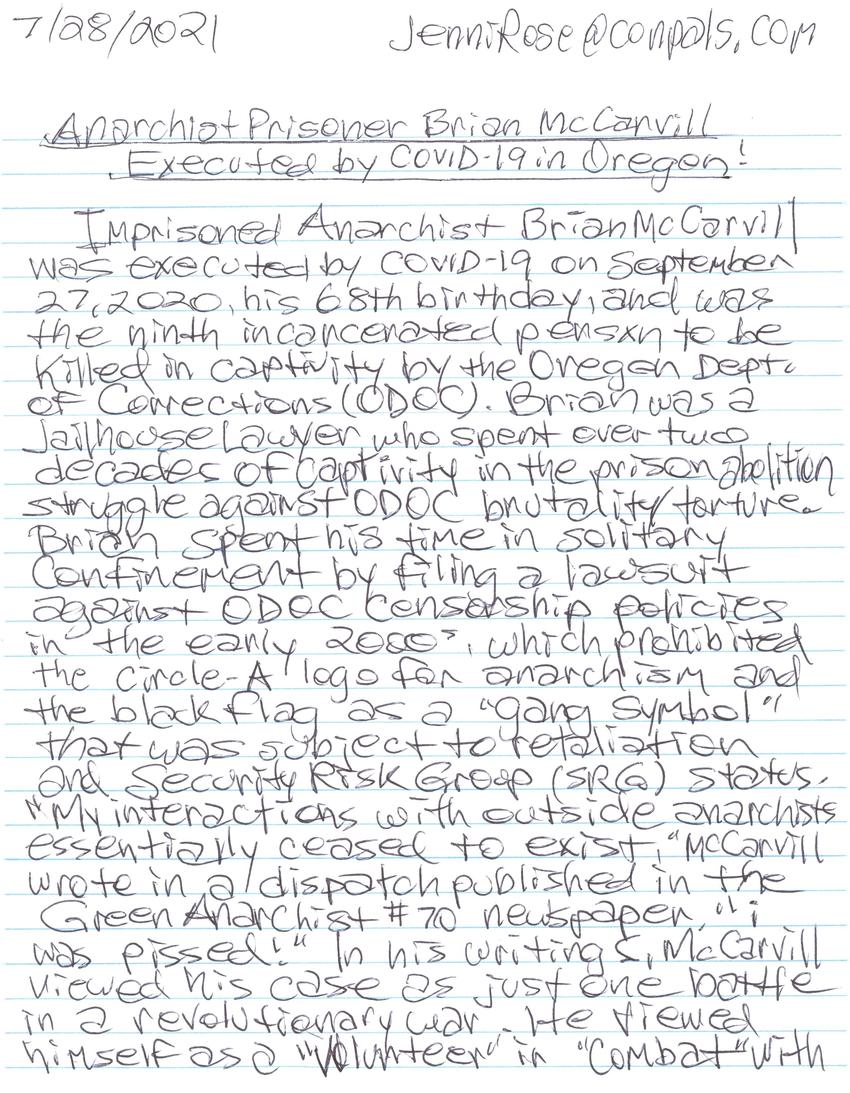 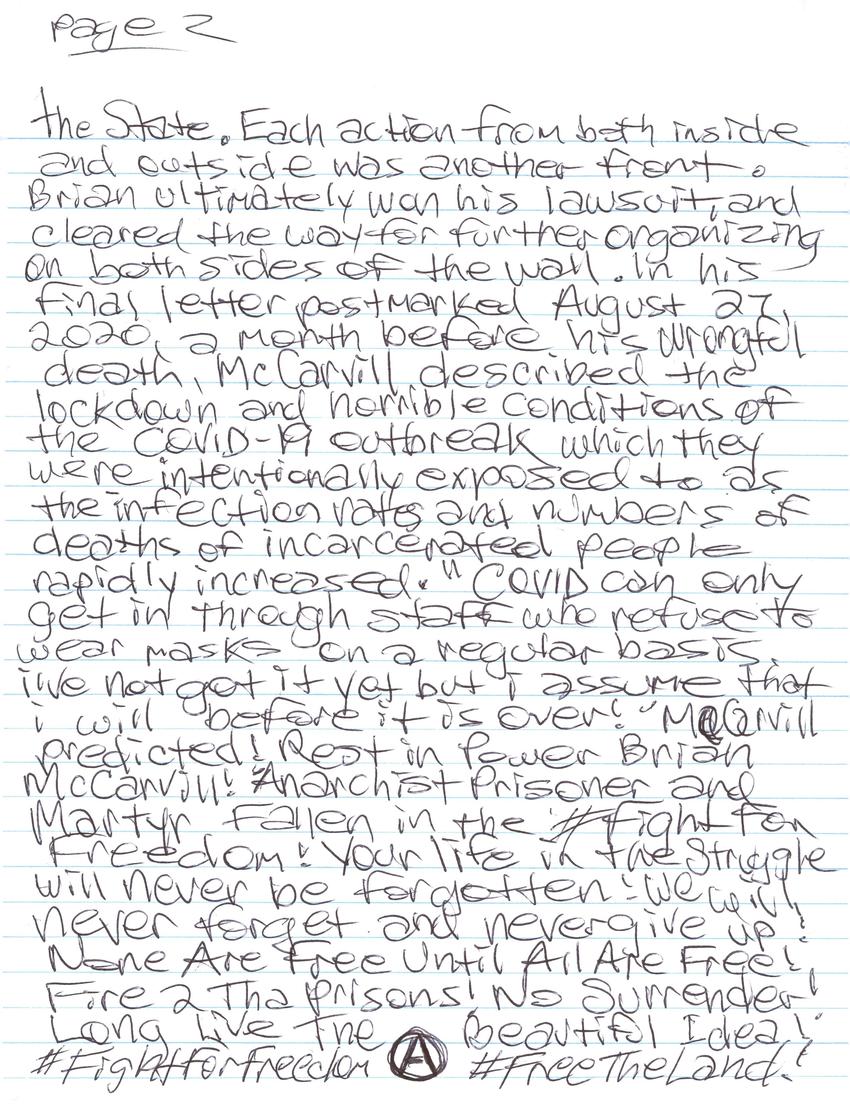 Imprisoned Anarchist Brian McCarvill was executed by COVID-19 on September 27, 2020, his 68th birthday, and was the ninth incarcerated person to be killed in captivity by the Oregon Dept. of Corrections (ODOC). Brian was a Jailhouse Lawyer who spent over two decades of captivity in the prison abolition struggle against ODOC brutality torture. Brian Spent his time in solitary confinement by filling a lawsuit against OPOC Censorship policies in the early 2000s, which prohibited the Circle-A logo for anarchism and the black flag as a "gang symbol" that was subject to retaliation and Security Risk Group (SRG) status. "My interactions with outside anarchists essentially ceased to exist," McCarvill wrote in a dispatch published in the Green Anarchist #70 newspaper, "I was pissed." In his writings, McCarvill viewed his case as just one battle in a revolutionary war. He viewed himself as a "volunteer" in "combat" with the State. Each action from both inside and outside was another front. Brian ultimately won his lawsuit, and cleared the way for the organizing on both sides of the wall. IN his final letter postmarked August 27, 2020, a month before his wrongful death, McCarvill described the lockdown and horrible conditions of the COVID-19 outbreak which they were intentionally exposed to as the infection rates and numbers of deaths of incarcerated people rapidly increased. "COVID can only get in through staff who refuse to wear masks on a regular basis. I've not got it yet but assume that I will before it is over!" McCarvill predicted! Rest in Power Brian McCarvill! Anarchist Prisoner and Martyr Fallen in the #FightForFreedom! "Your life in the struggle will never be forgotten! We will never forget and never give up! None Are Free Until All Are Free! Fire 2 Tha Prisons! No Surrender! Long Live The Beautiful Idea! #FightForFreedom #FreeTheLand Ⓐ