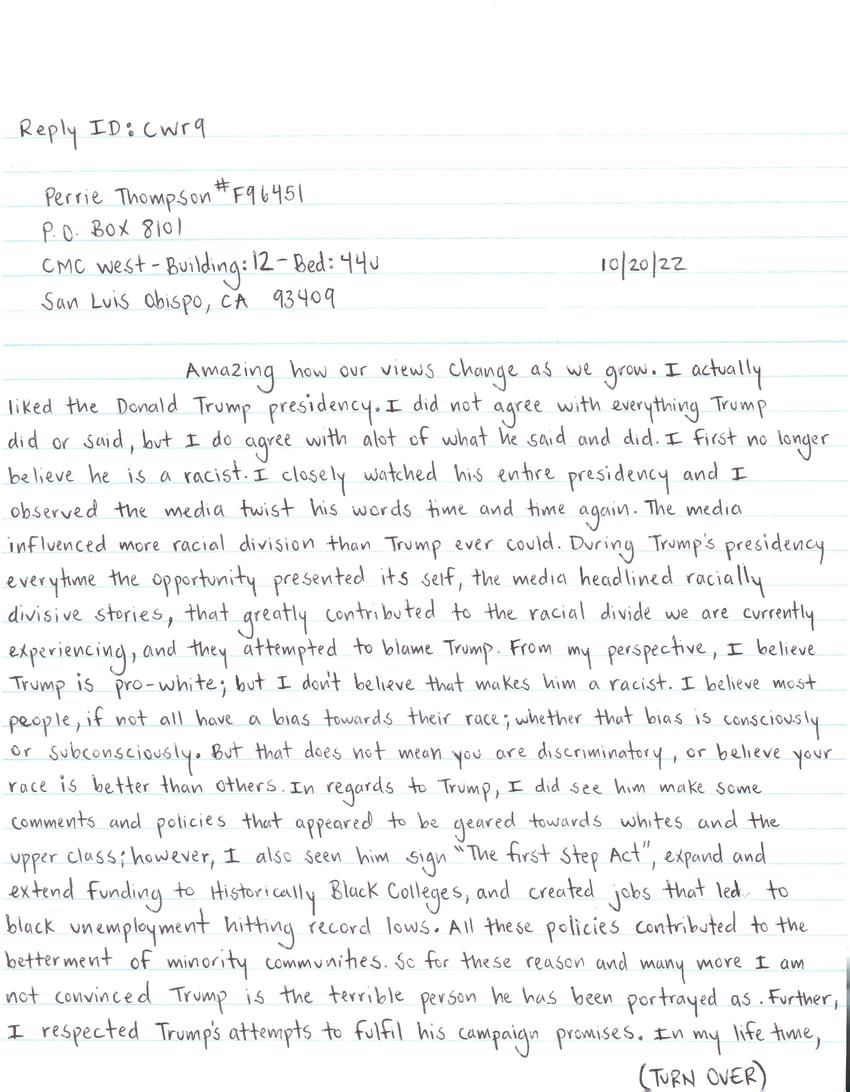 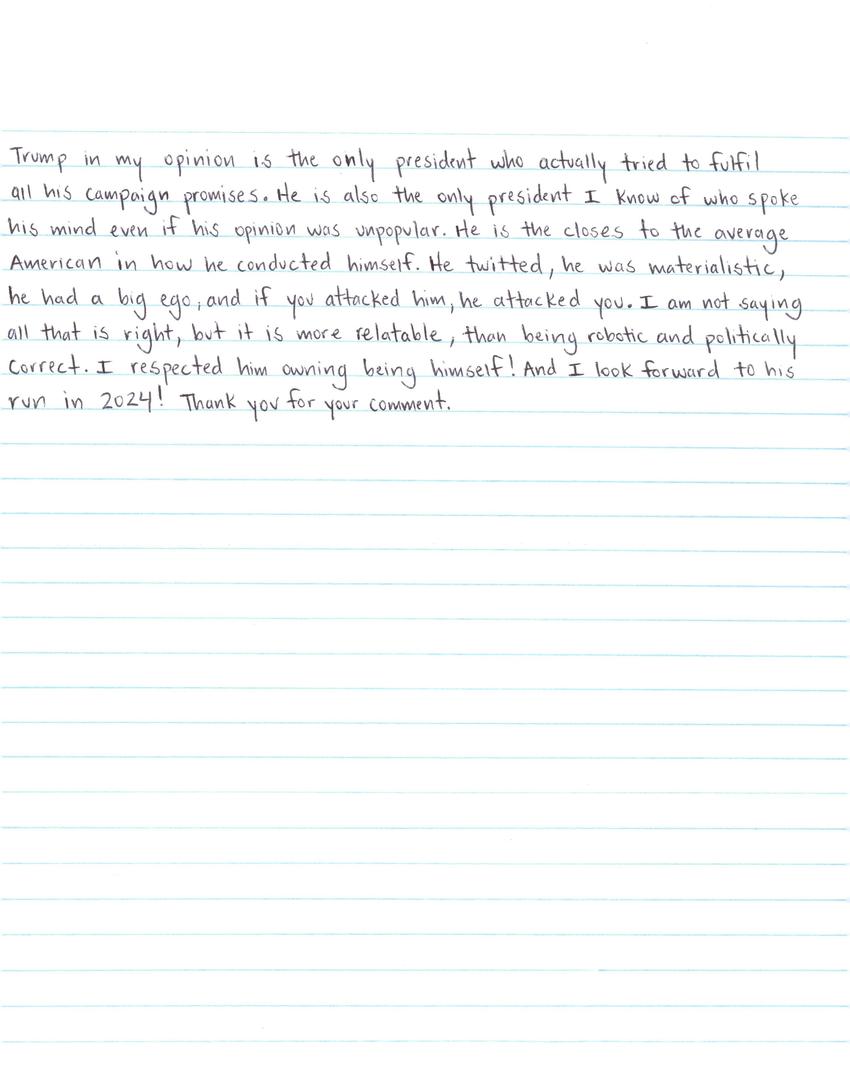 Amazing how our views change as we grow. I actually liked the Donald Trump presidency. I did not agree with everything Trump did or said, but I do agree with alot of what he said and did. I first no longer believe he is a racist. I closely watched his entire presidency and I observed the media twist his words time and time again. The media influenced more racial division than Trump ever could. During Trump's presidency everytime the opportunity presented its self, the media headlined racially divisive stories, that greatly contributed to the racial divide we are currently experiencing, and they attempted to blame Trump. From my perspective, I believe Trump is pro-white; but I don't believe that makes him a racist. I believe most people, if not all have a bias towards their race; whether that bias is consciously or subconsciously. But that does not mean you are discriminatory, or believe your race is better than others. In regards to Trump, I did see him make some comments and policies that appeared to be geared towards whites and the upper class; however, I also seen him sign "The First Step Act", expand and extend funding to historically Black Colleges, and created jobs that led to black unemployment hitting record lows. All these policies contributed to the betterment of minority communities. So for these reason and many more I am not convinced Trump is the terrible person he has been portrayed as. Further, I respected Trump's attempts to fulfil his campaign promises. In my life time,
(TURN OVER)

Trump in my opinion is the only president who actually tried to fulfil all his campaign promises. He is also the only president I know of who spoke his mind even if his opinion was unpopular. He is the closes to the average American in how he conducted himself. He twitted, he was materialistic, he had a big ego, and if you attacked him, he attacked you. I am not saying all that is right, but it is more relatable, than being robotic and politically correct. I respected him owning being himself! And I look forward to his run in 2024! Thank you for your comment.