The Minds Of Terrorists 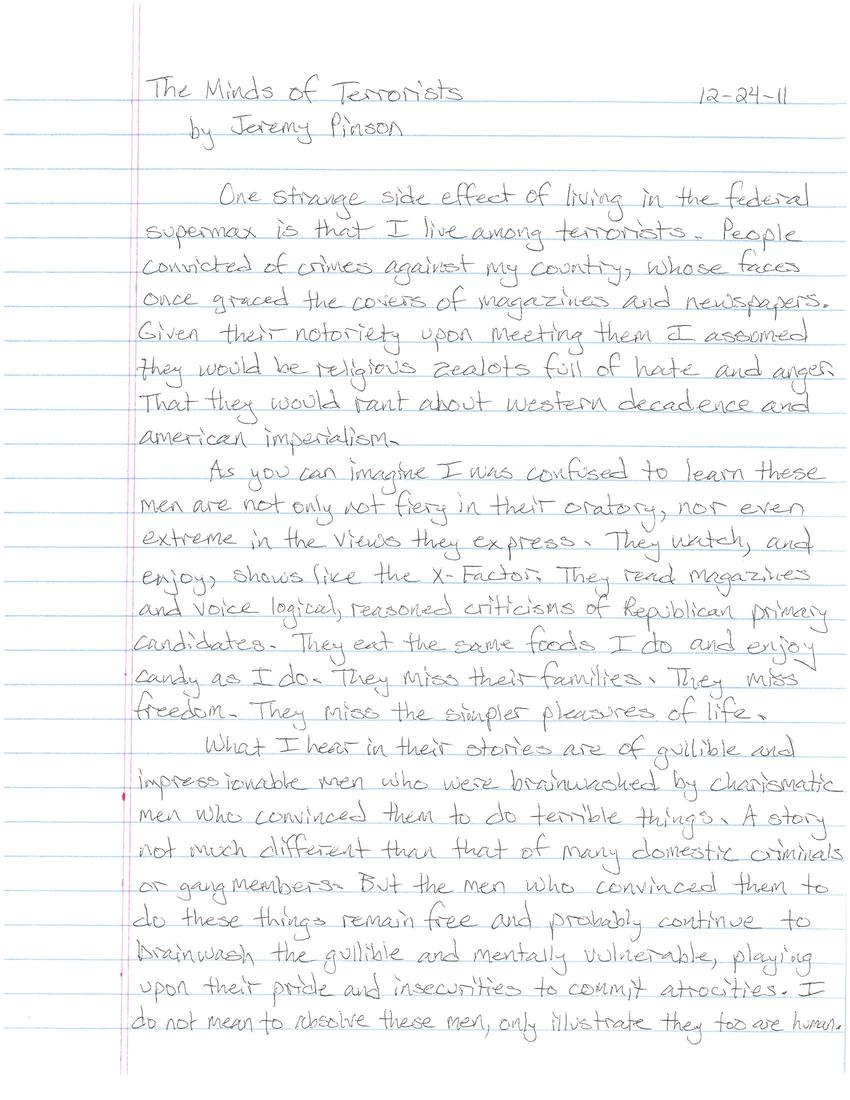 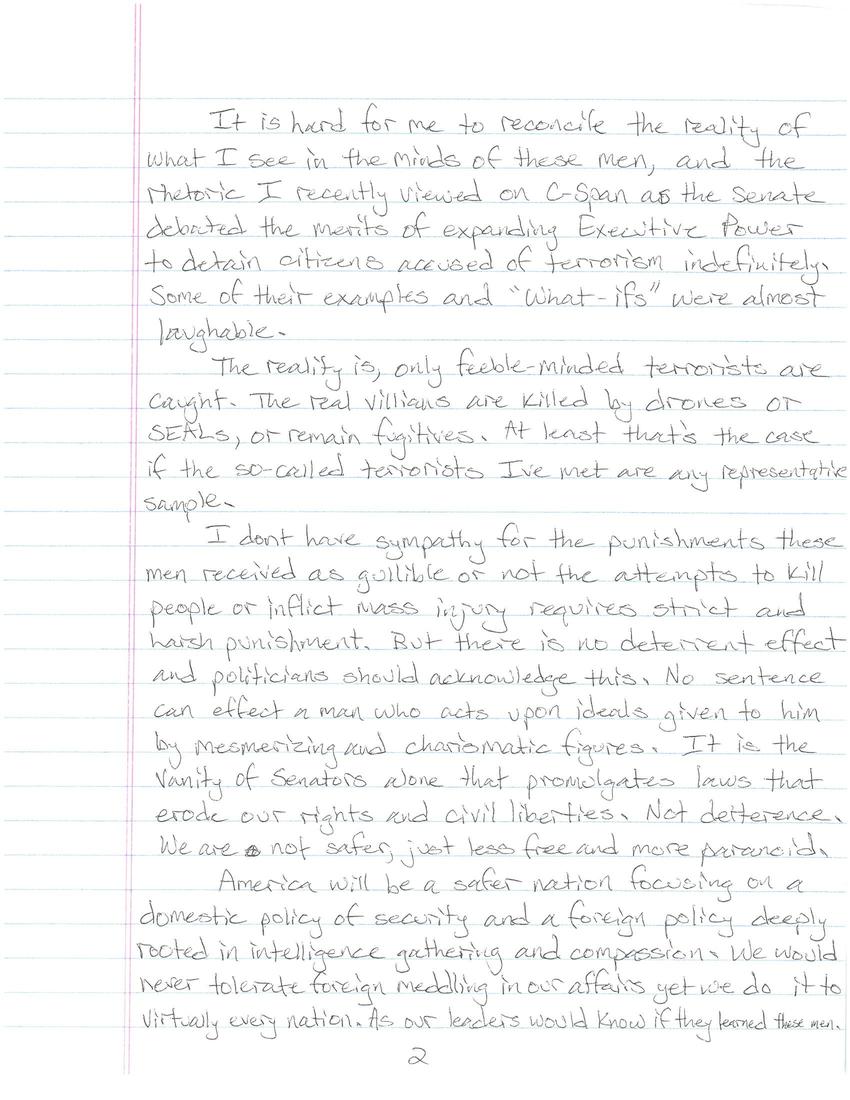 The Minds of Terrorists
by Jeremy Pinson

One strange side effect of living in the federal supermax is that I live among terrorists. People convicted of crimes against my country, whose faces once graced the covers of magazines and newspapers. Given their notoriety upon meeting them, I assumed they would be religious zealots full of hate and anger. That they would rant about Western decadence and American imperialism.

As you can imagine, I was confused to learn these men are not only fiery in their oratory, nor even extreme in the views they express, they watch and enjoy, shows like X-Factor. They read magazines and voice logical, reasoned criticisms of Republican primary candidates. They eat the same foods I do and enjoy candy as I do. They miss their families. They miss freedom. They miss the simpler pleasures of life.

What I hear in their stories are of gullible and impressionable men who were brainwashed by charismatic men who convinced them to do terrible things. A story not much different than that of my domestic criminals or gang members. But the men who convinced them to do these things remain free and probably continue to brainwash the gullible and mentally vulnerable, playing upon their pride and insecurities to commit atrocities. I do not mean to absolve these men, only illustrate they are too human.

It is hard for me to reconcile the reality of what I see in the minds of these men, and the rhetoric I recently viewed on C-Span as the senate debated the merits of expanding Executive power to detain citizens accused of terrorism indefinitely. Some of their examples and "what-ifs" were almost laughable.

The reality is, only feeble-minded terrorist are caught. The real villains are killed by drones or SEALS, or remain fugitives. At least that's the case if the so-called terrorists I've met are any representative sample.

I don't have sympathy for the punishments these men received as gullible or not. The attempt to kill people or inflict mass injury requires strict and harsh punishment. But there is no deterrent effect and politicians should acknowledge this. No sentence can affect a man who acts upon ideals given to him by mesmerizing and charismatic figures. It is the vanity of senators alone that promulgates laws that erode our rights and civil liberties. Not deterrence. We are not safer, just less free and more paranoid.

America will be a safer nation focusing on a domestic policy of security and a foreign policy deeply rooted in intelligence gathering and compassion. We would never tolerate foreign meddling in our affairs, yet we do it to virtually every nation. As our leaders would know if they learned from these men.