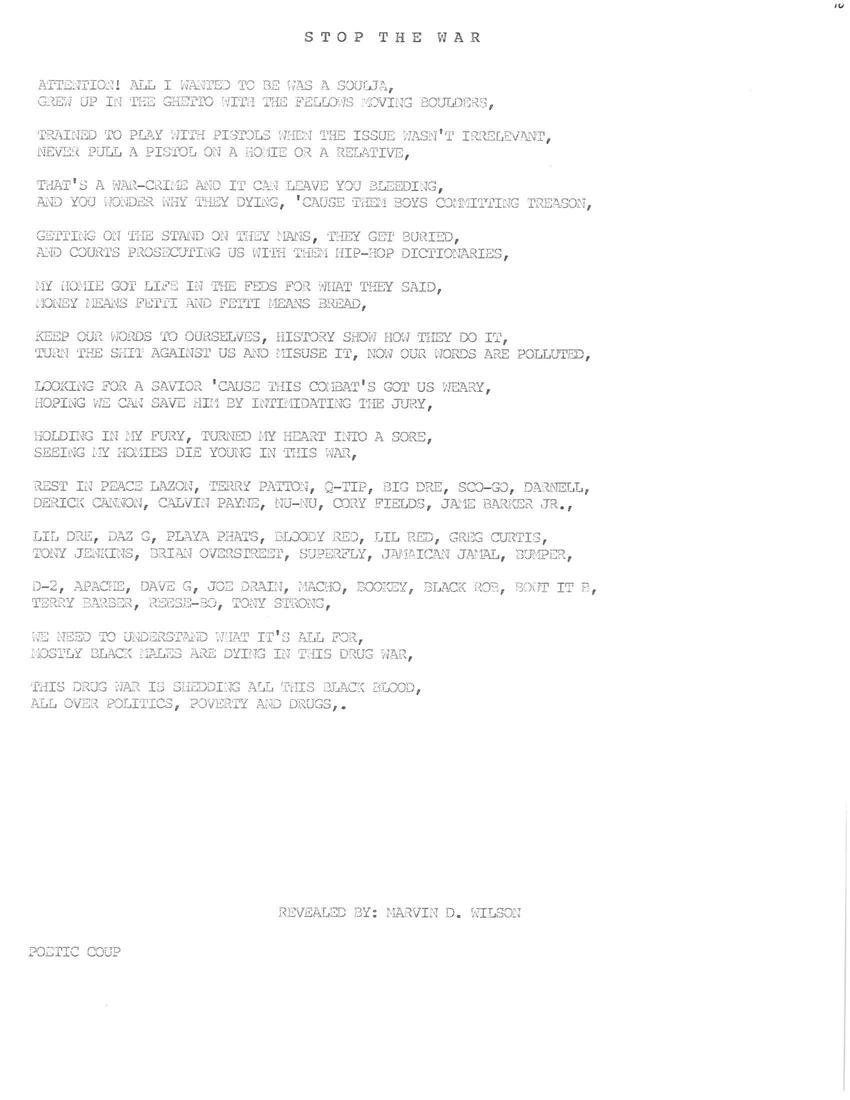 Attention! All I wanted to be was a soulja,
Grew up in the ghetto with the fellows moving boulders,

Trained to play with pistols when the issue wasn't irrelevant,
never pull a pistol on a homie or a relative,

That's a war-crime and it can leave you bleeding,
And you wonder why they dying, 'cause them boys committing treason,

Getting on the stand on they mans, they get buried,
And courts prosecuting us with them hip-hop dictionaries,

My homie life in the feds for what they said,
Money means fetti and fetti means bread,

Keep our words to ourselves, history show how they do it,
Turn the shit against us and misuse it, now our words are polluted,

Looking for a savior 'cause this combat's got us weary,
Hoping we can save him by intimidating the jury,

Holding in my fury, turned my heart into a sore,
Seeing my homies die young in this war,

We need to understand what it's all for,
Mostly black males are dying in this drug war,

This drug war is shedding all this black blood,
All over politics, poverty and drugs.