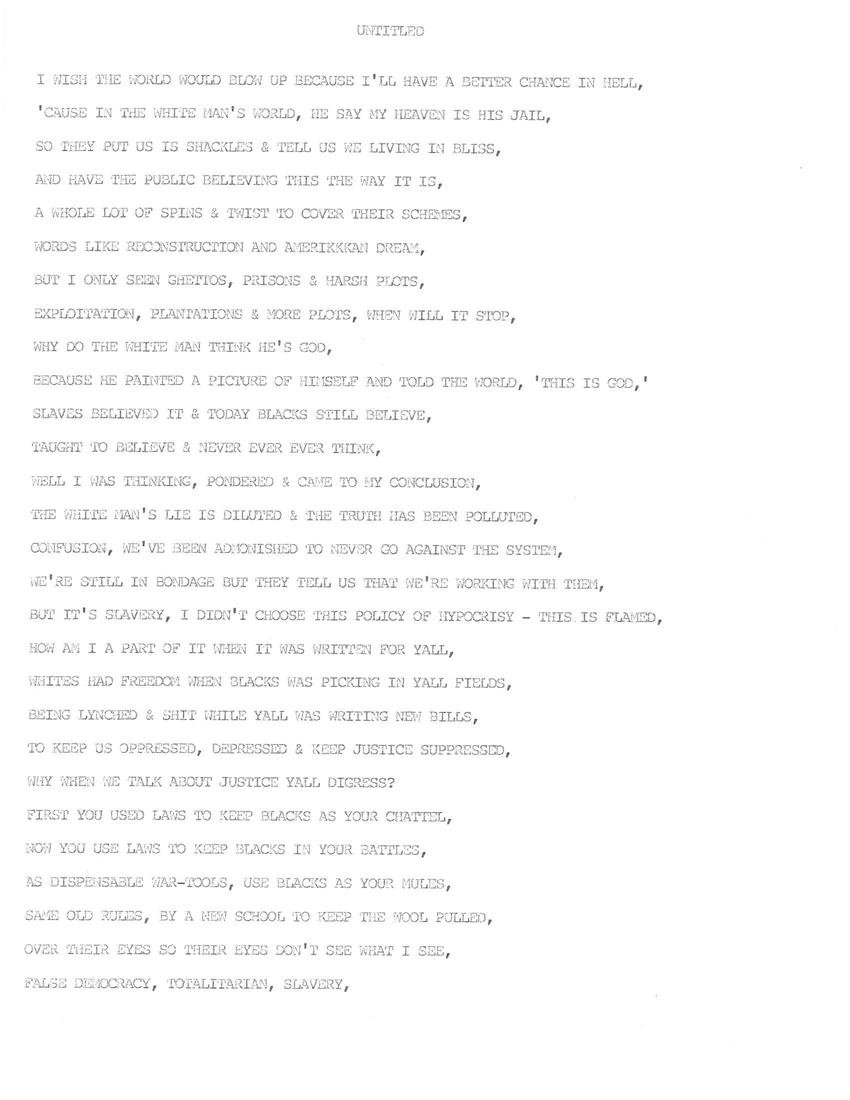 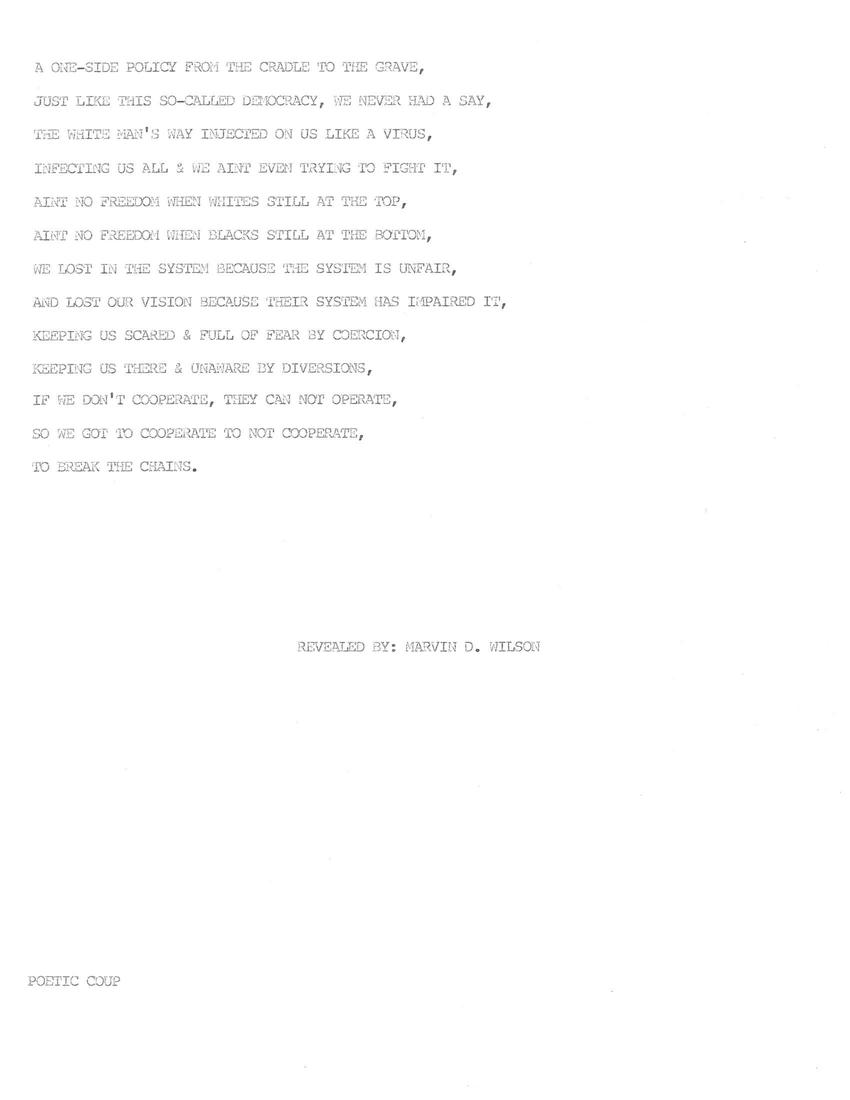 I wish the world would blow up because I'll have a better chance in Hell,
'Cause in the white man's world, he say my heaven is his jail,
So they put us in shackles & tell us we living in bliss,
And have the public believing this the way it is,
A whole lot of spins & twist to cover their schemes,
Words like reconstruction and Amerikkan dream,
But I only seen ghettos, prisons & harsh plots,
Exploitation, plantations & more plots, when will it stop,
Why do the white man think he's God,
Because he painted a picture of himself and told the world, 'This is God,'
Slaves believed it & today blacks still believe,
Taught to believe & never ever ever think,
Well I was thinking, pondered & came to my conclusion,
The white man's lie is diluted & the truth has been polluted,
Confusion, we've been admonished to never got against the system,
We're still in bondage but they tell us that we're working with them,
But it's slavery, I didn't choose this policy of hypocrisy - this is flamed,
How am I a part of it when it was written for y'all,
Whites had freedom when blacks was picking in y'all fields,
Being lynched & shit while y'all was writing new bills,
To keep us oppressed, depressed & keep justice suppressed,
Why when we talk about justice y'all digress?
First you used laws to keep blacks as your chattel,
Now you use laws to keep blacks in your battles,
As dispensable war-tools, use blacks as your mules,
Same old rules, by a new school to keep the wool pulled,
Over their eyes so their eyes don't see what I see,
False democracy, totalitarian, slavery,
A one-sided policy from the cradle to the grave,
Just like this so-called democracy, we never had a say,
The white man's way injected on us like a virus,
Infecting us all & we ain't even trying to fight it,
Ain't no freedom when whites still at the top,
Ain't no freedom when blacks still at the bottom,
We lost in the system because the system is unfair,
And lost our vision because their system has impaired it,
Keeping us scared & full of fear by coercion,
Keeping us there & unaware by diversions,
If we don't cooperate, they can not operate,
So we got to cooperate to not cooperate,
To break the chains.