Manchild in the Promised Land 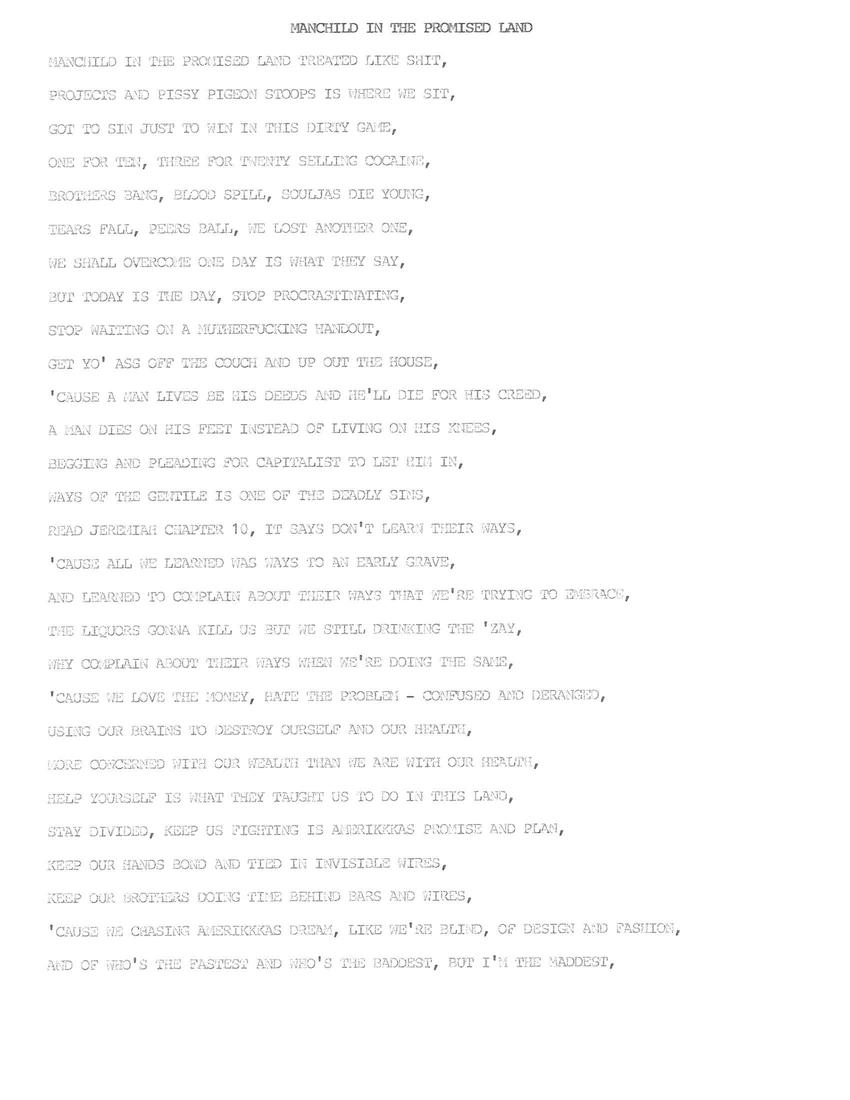 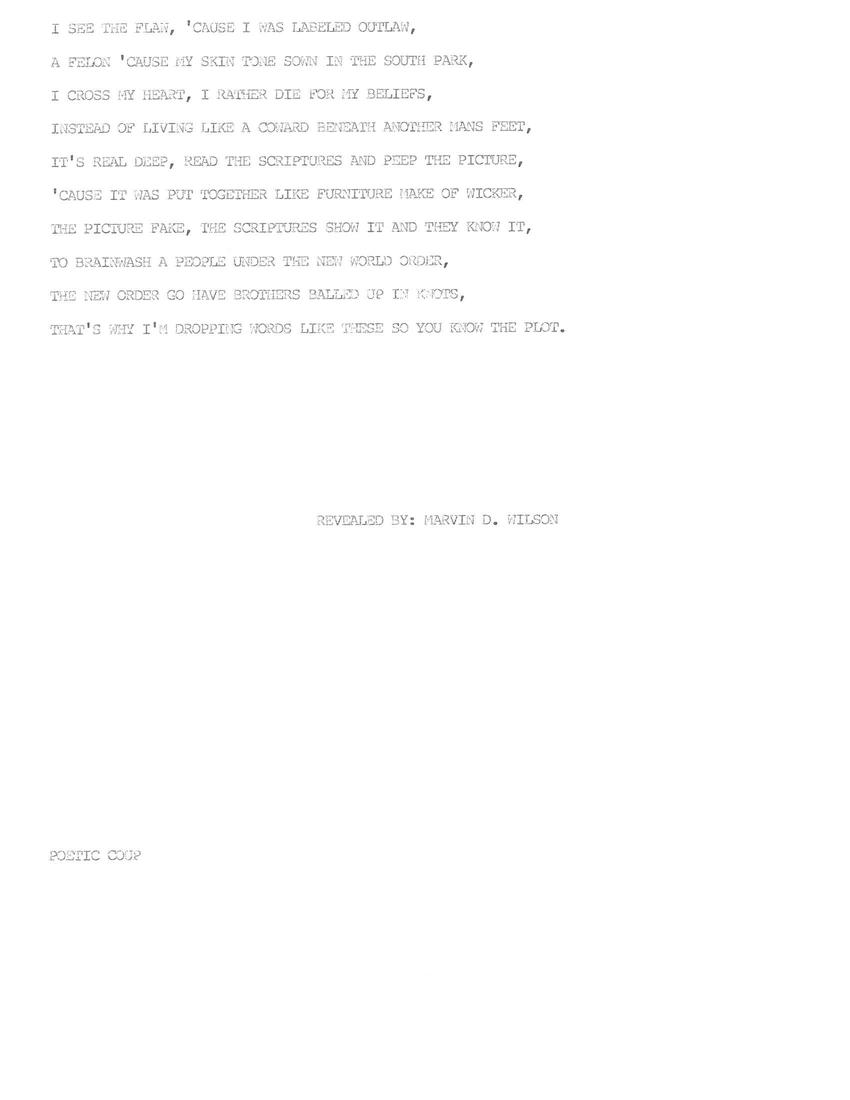 Manchild in the Promised Land

Manchild in the promised land treated like shit,
Projects and pissy pigeon stoops is where we sit,
Got to sin just to win in this dirty game,
One for ten, three for twenty selling cocaine,
Brothers bang, blood spill, souljas die young,
Tears fall, peers ball, we lost another one,
We shall overcome one day is what they say,
But today is the day, stop procrastinating,
Stop waiting on a mutherfucking handout,
Get yo' ass off the couch and up out the house,
'Cause a man lives be his deeds and he'll die for his creed,
A man dies on his feet instead of living on his knees,
Begging and pleading for capitalist to let him in,
Ways of the gentile is one of the deadly sins,
Read Jeremiah Chapter 10, it says don't learn their ways,
'Cause all we learned was ways to an early grave,
And learned to complain about their ways that we're trying to embrace,
The liquors gonna kill us but we still drinking the 'zay,
Why complain about their ways when we're doing the same,
'Cause we love the money, hate the problem - confused and deranged,
Using our brains to destroy ourself and our health,
More concerned with our wealth than we are with our health,
Help yourself is what they taught us to do in this land,
Stay divided, keep us fighting is Amerikka's promise and plan,
Keep our hands bound and tied in invisible wires,
Keep our brothers doing time behind bars and wires,
'Cause we chasing Amerikka's dream, like we're blind, of design and fahsion,
And of who's the fastest and who's the baddest, but I'm the maddest,
I see the flaw, 'cause I was labeled outlaw,
A felon 'cause my skin tone sown in the south park,
I cross my heart, I rather die for my beliefs,
Instead of living like a coward beneath another man's feet,
It's real deep, read the scriptures and peep the picture,
'Cause it was put together like furniture made of wicker,
The picture fake, the scriptures show it and they know it,
To brainwash a people under the new world order,
The new order go have brothers balled up in knots,
That's why I'm dropping words like these so you know the plot.