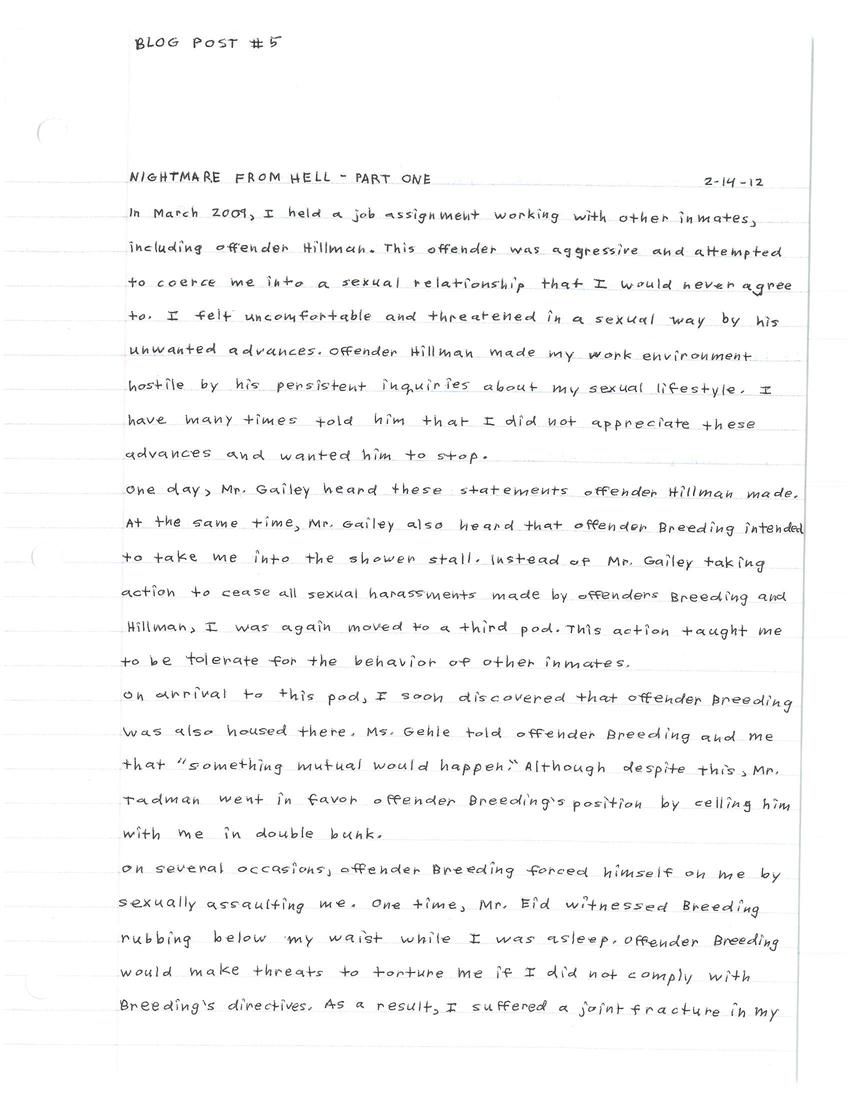 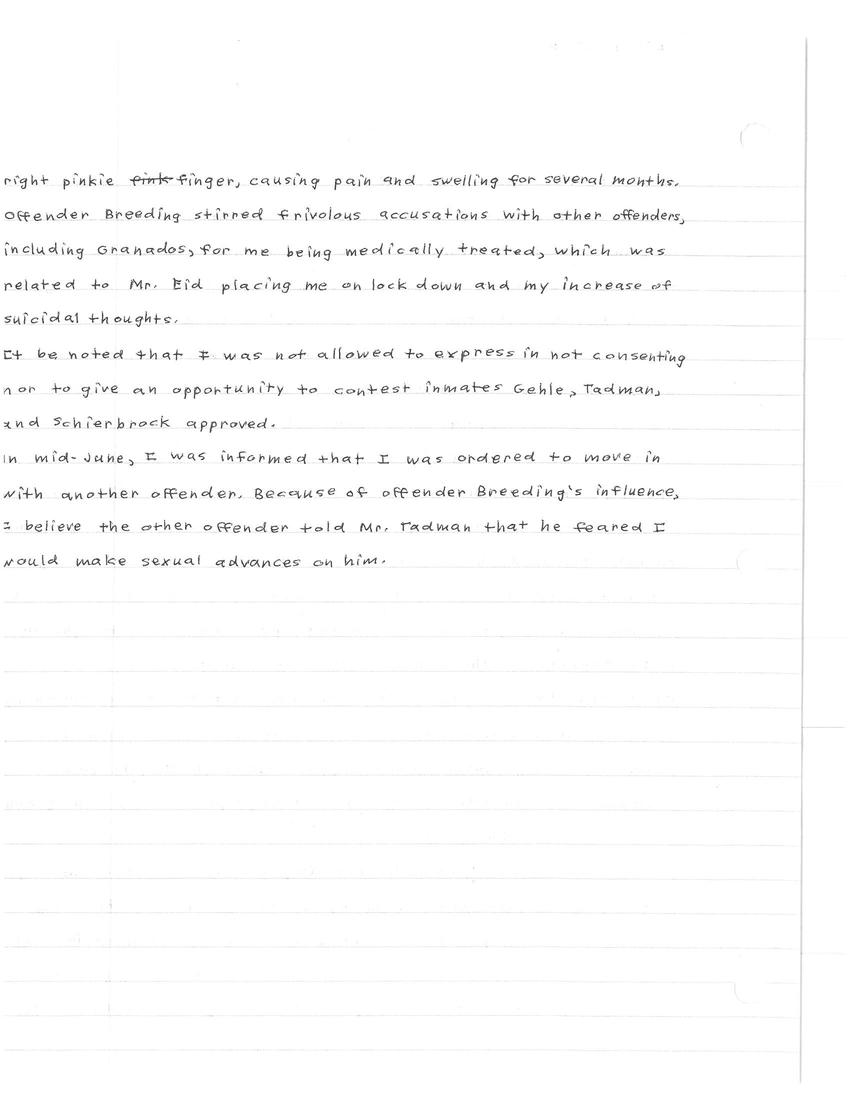 In March 2009, I held a job assignment working with other inmates, including offender Hillman. This offender was aggressive and attempted to coerce me into a sexual relationship that I would never agree to. I felt uncomfortable and threatened in a sexual way by his unwanted advances. Offender Hillman made my work environment hostile by his persistent inquiries about my sexual lifestyle. I have many times told him that I did not appreciate these advances and wanted him to stop.
One day, Mr. Gailey heard these statements offender Hillman made. At the same time, Mr. Gailey also heard that offender Breeding intended to take me into the shower stall. Instead of Mr. Gailey taking action to cease all sexual harassments made by offenders Breeding and Hillman, I was again moved to a third pod. This action taught me to be tolerate for the behaviour of other inmates.
On arrival to this pod, I soon discovered that offender Breeding was also housed there. Ms. Gehle told offender Breeding and me that "something mutual would happen". Although despite this, Mr. Tadman went in favour offender Breeding's position by celling him with me in double bunk.
On several occasions, offender Breeding forced himself on me by sexually assaulting me. One time, Mr. Eid witnessed Breeding rubbing below my waist while I was asleep. Offender Breeding would make threats to torture me if I did not comply with Breeding's directives. As a result, I suffered a joint fracture in my right pinkie finger, causing pain and swelling for several months. Offender Breeding stirred frivolous accusations with other offenders, including Granados, for me being medically treated, which was related to Mr. Eid placing me on lockdown and my increase of suicidal thoughts.
It be noted that I was not allowed to express in not consenting nor to give an opportunity to contest inmates Gehle, Tadman, and Schierbrock approved.
In mid-June, I was informed that I was ordered to move in with another offender. Because of offender Breeding's influence, I believe the other offender told Mr. Tadman that he feared I would make sexual advances on him.