Being Apart Of Two World 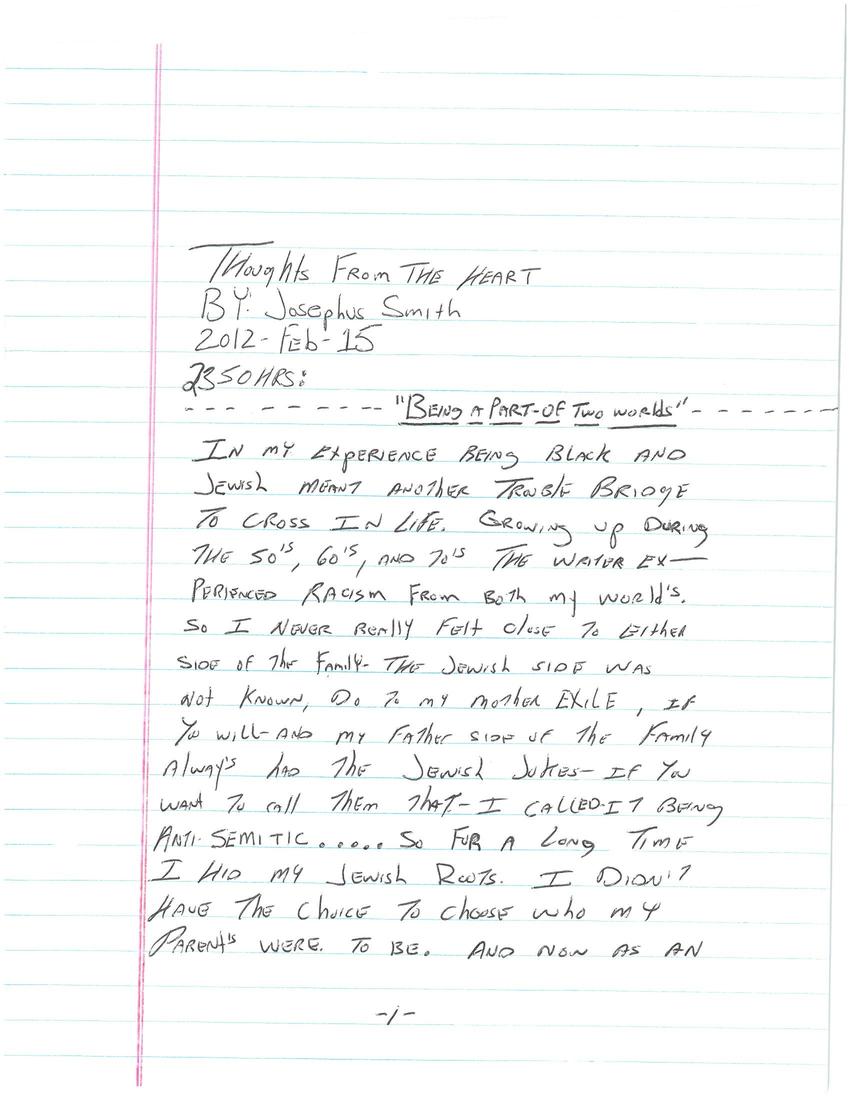 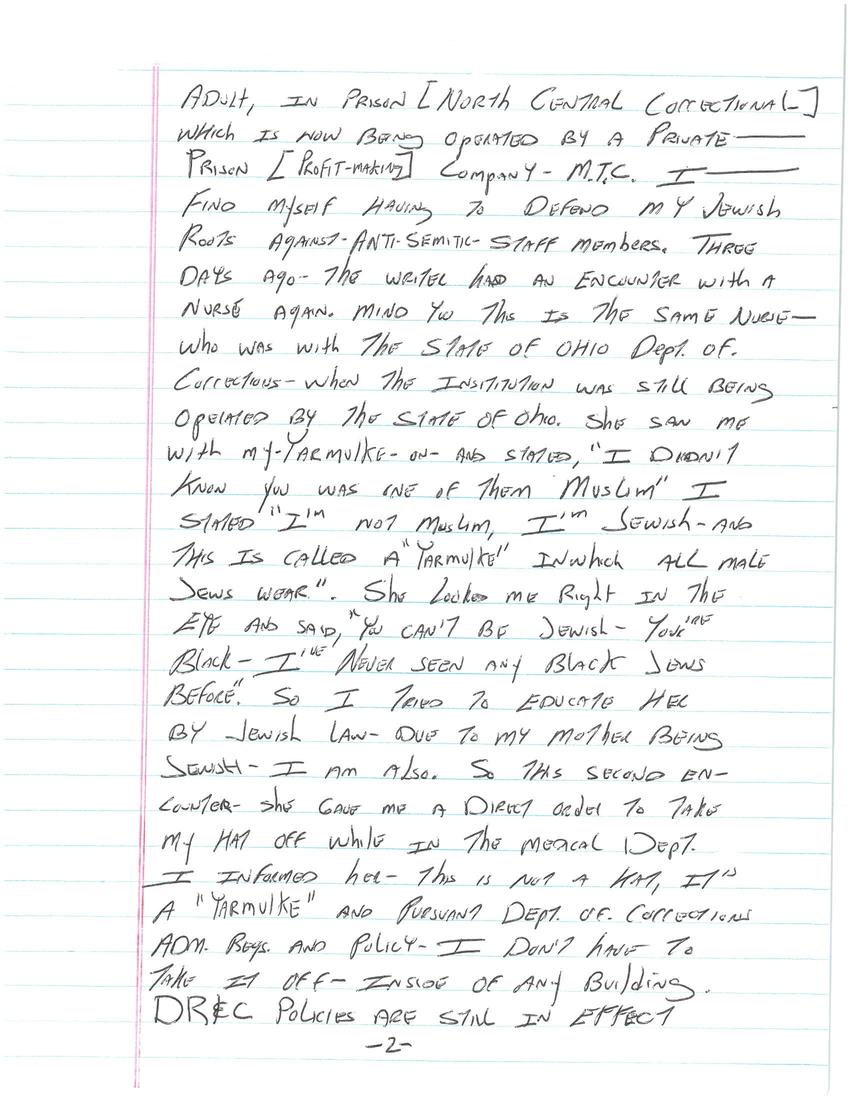 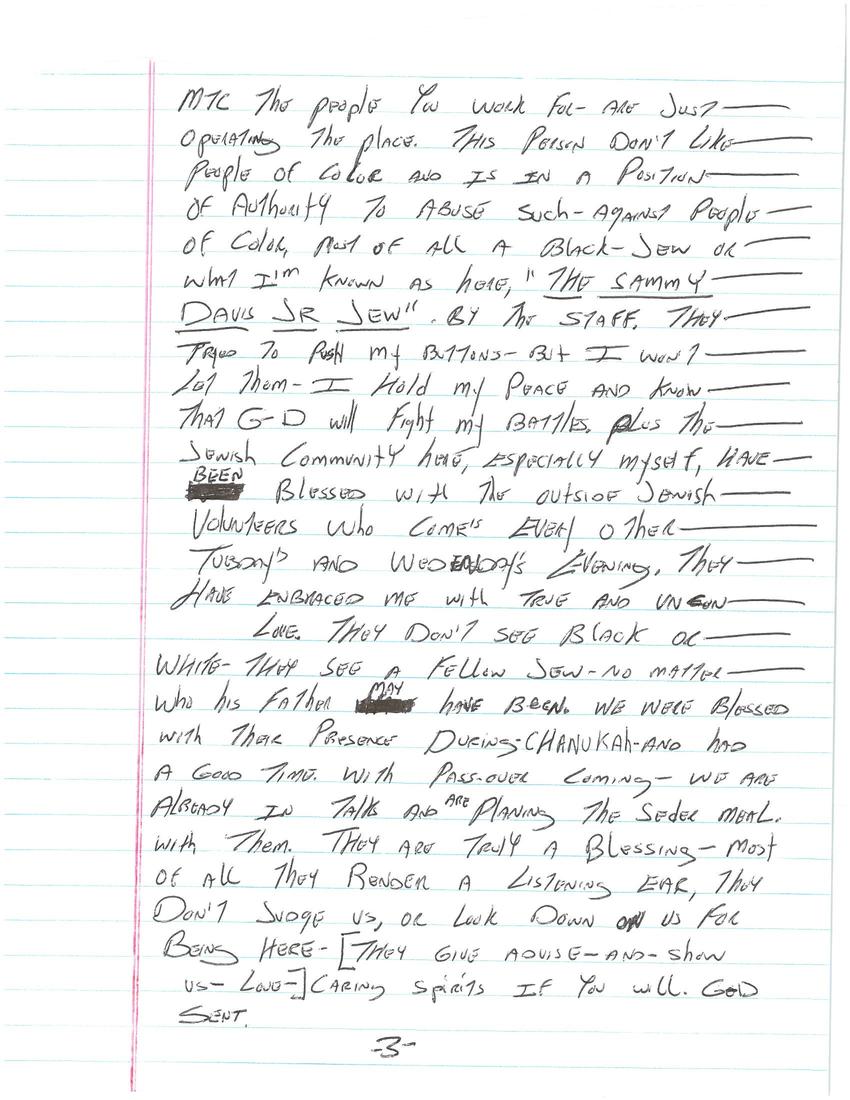 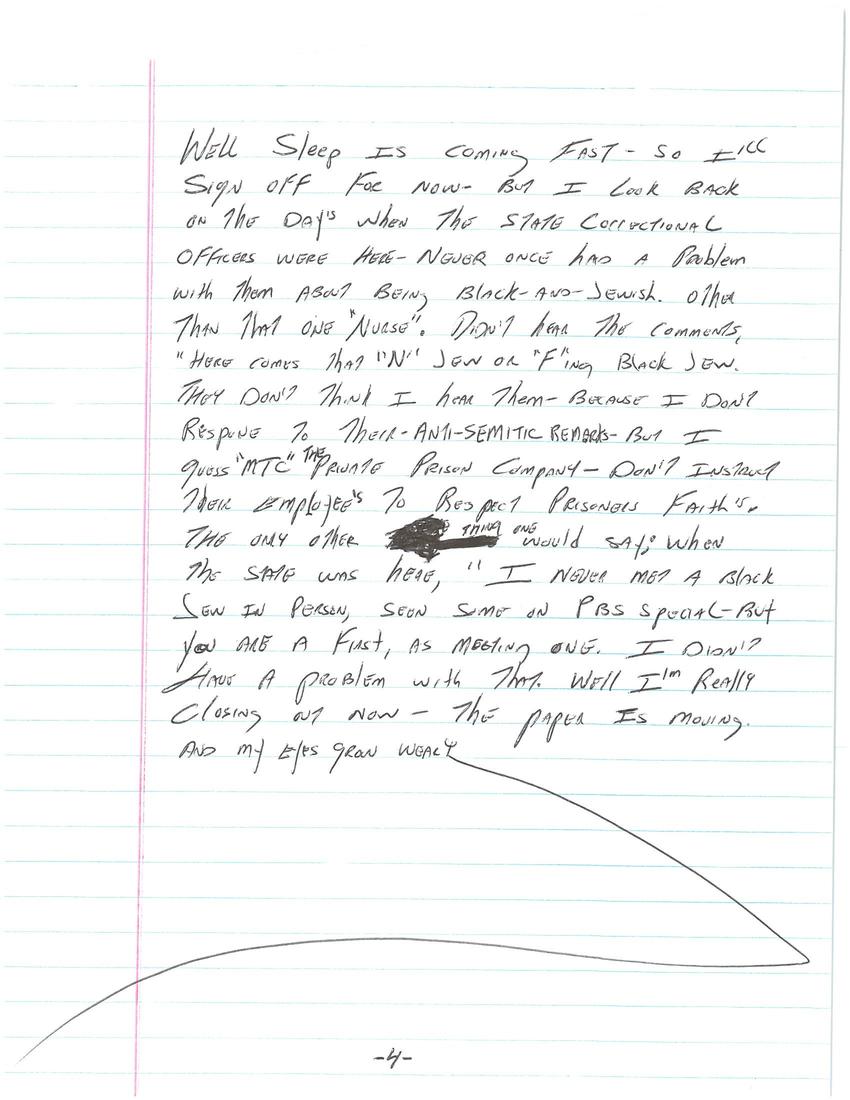 "Being a Part of two Worlds"

In my experience being black and Jewish meant another trouble bridge to cross in life. Growing up during the 50's, 60's, and 70's the writer experienced racism from both my world's. So I never really felt close to either side of the family. The Jewish side was not known, do to my mother exile, if you will and my Father side of the family always had the Jewish jokes - If you want to call them that - I called. It being anti semitic.... so for a long time I hid my Jewish roots. I didn't have the choice to choose who my parents were to be. And now as an adult, in prison (North Central Correctional) which is now being operated by a private prison. (Profit-making) company - M.I.C. I find myself having to defend my Jewish roots against anti-Semetic staff members. Three days ago the writer had an encounter with a nurse again. Mind you this is the same nurse who was with the state of Ohio Department of Corrections wwhen the institution was still being operated by the state of Ohio. She saw me with my-Yarmulke-on-and stated, "I didn't know you was one of them museum" I stated "I'm not muslim, I'm Jewish and this is called a "Yarmulke" in which all male jews wear". She looked me right in the eye and said, "You can't be Jewish - your're black - I've never seen any black Jews
before". so I tried to educate her by Jewish law- due to my mother being Jewish - I am also. So this second encounter-she gave me a direct order to take my hat off while in the medical department. I informed her-this is a not a hat, It's a "Yarmulke" and Pursuant Department of corrections ADM BEGS and Policy. I don't have to take it off - inside of any building. DREC Policies are still in effect. MTC the people you work for are just operating the place. This prison don't like people of color and is an a position or authority to abuse such - against people of color, rest of all a black-Jew or what I'm known as here", "The Sammy Davis Jr Jew". By the staff. They tried to push my buttons - but I won't let them - I hold my peace and know that g-D will fight my battles. Plus the Jewish community here, expecially myself, have been blessed with the outside Jewish volunteers who come's every other Tuesday's and wednesday's evening. They have embraced me with true and uneven.

Love they don't see black or white. They see a fellow Jew - no matter who his Father may have been. We were blessed with their presense during - chanukah-and had a good time. With pass-over coming-we are already in talk and are planning the seder meal with them. They are truly a blessing - most of all they render a listening ear, they don't judge us, or look down on us for bieng here - (They give advise - and -show -us - love)caring spirits if you will. God sent.

Well sleep is coming fast so I'll sign off for now. But I look back on the day's when the state correctional officers were here - never once had a problem withj them about being black and Jewish. Other that that one "Nurse". Didn't hear the comments, "Here comes that "N" Jew or "F"ing black Jew. They don't think I hear them - because I don't respond to theei-anti-sematic-remarks-but I guess "MTC" the private prison company - don't instruct their employee's to respect prisoners Faith's. The only other thing one would say, when the staff was here, "I never met a black Jew in person, seen some on PBS special but you are a first, as meeting one. I didn't have a problem with that. Well I'm really closing out now - the paper is moving and my eyes grow weary.