Contrast Rain And Justice For All 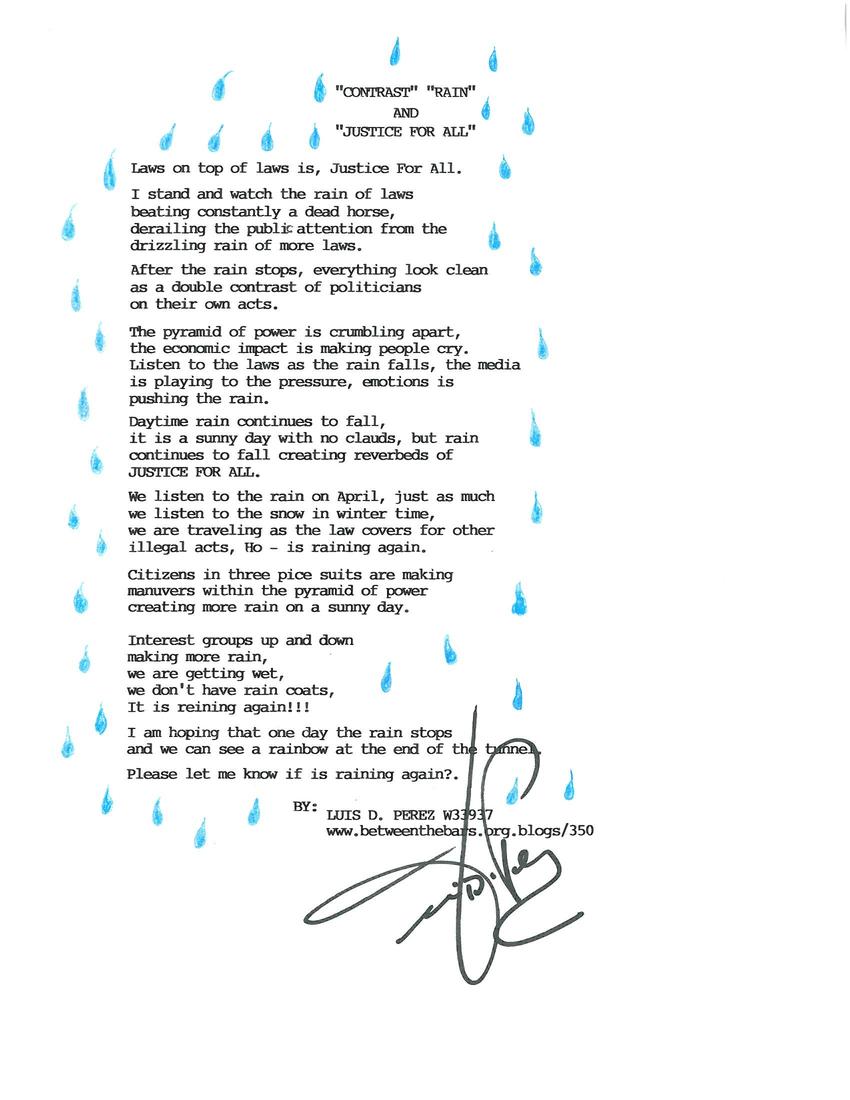 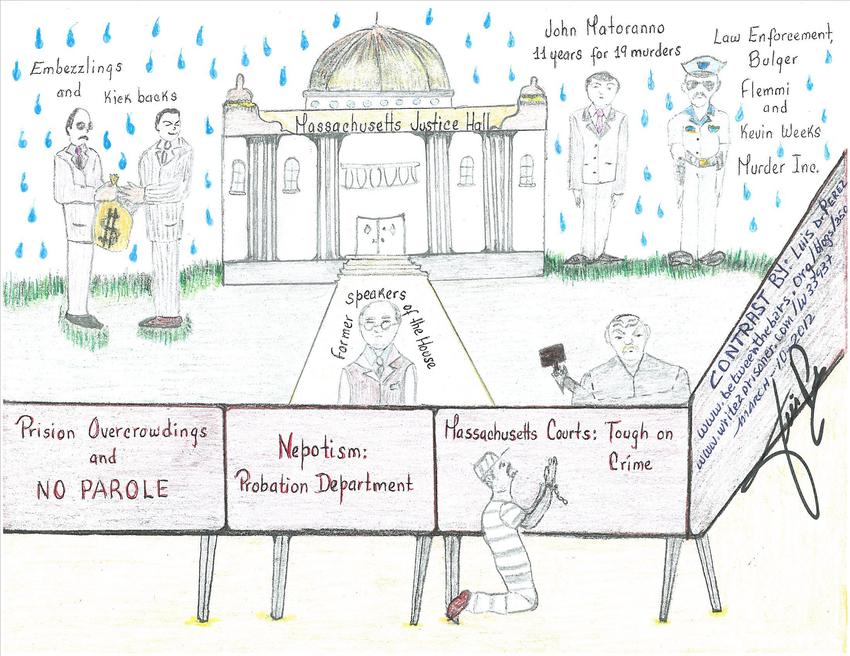 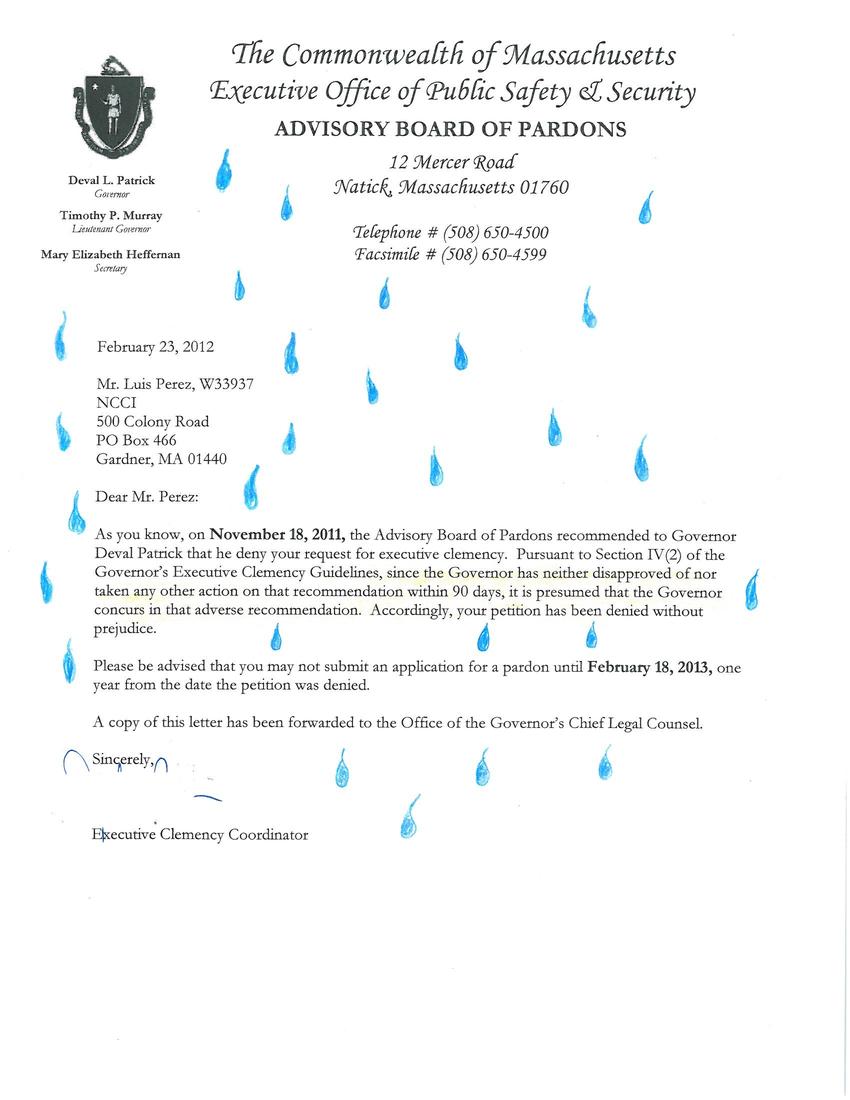 "CONTRAST" "RAIN"
AND "JUSTICE OR ALL"

Laws on top of laws is, Justice For All.

I stand and watch the rain of laws
beating constantly a dead horse,
derailing the public attention from the
drizzling rain of more laws.

After the rain stops, everything look clean
as a double contrast of politicians
on their own acts.

We listen to the rain on April, just as much
we listen to the snow in winter time,
we are travelling as the law covers for other
illegal acts, Ho - is raining again.

Citizens in three piece suits are making
manuvers within the pyramid of power
creating more rain on a sunny day.

Interest groups up and down
making more rain,
we are getting wet,
we don't have rain coats,
It is raining again!!!

I am hoping that one day the rain stops
and we can see a rainbow at the end of the tunnel.

Please let me know if it raining again?.

As you know, on November 18, 2011, the Advisory Board of Pardons recommended to governor Deval Patrick trha the deny your equest for executive clemency. Pursuant to Section IV (2) of the Governor's Executive Clemency Guidelines, since the governor has neither disapproved of nor taken any other action on that recommendation within 90 days, it is presumed that the Governor concurs in that adverse recommendation. Accordingly, your petition has been denied without prejudice.

Please be advised that you may not submit an application for a pardon until February 18, 2013, one year from the date the petition was denied.

A copy of this letter has been forwarded to the Office of the Governor's Chief Legal Counsel.