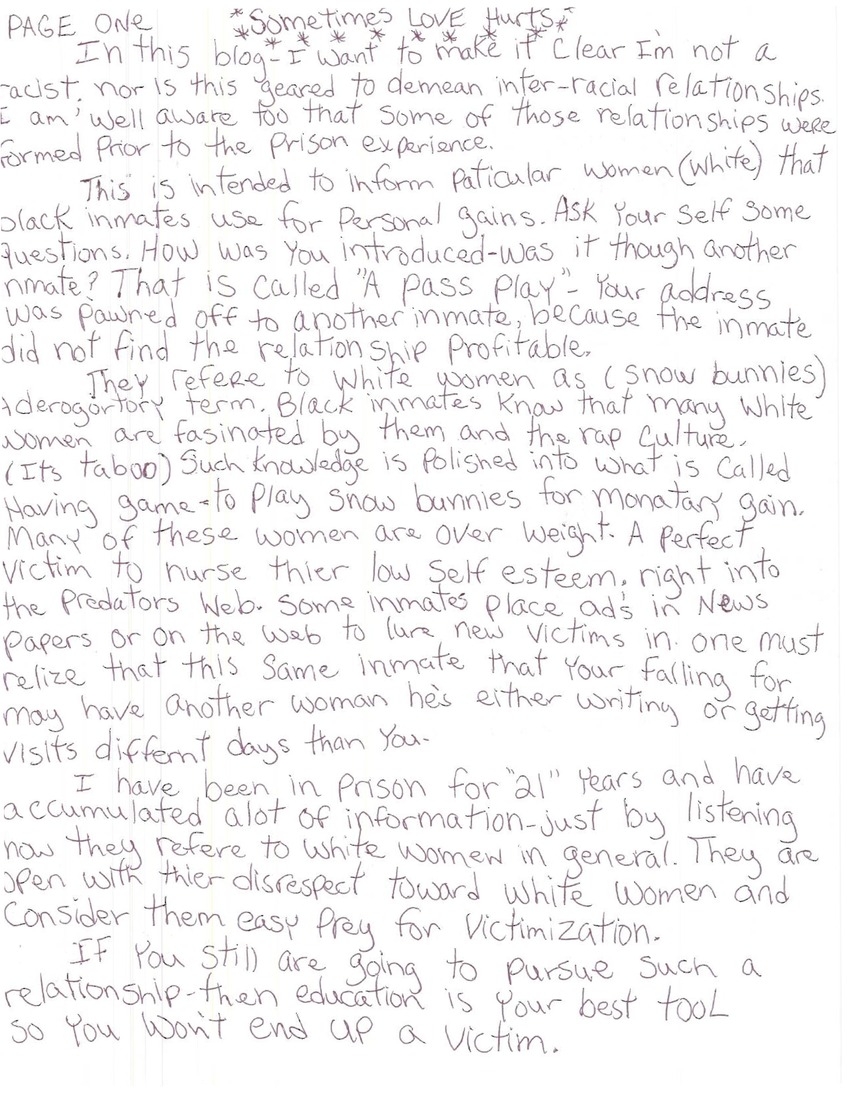 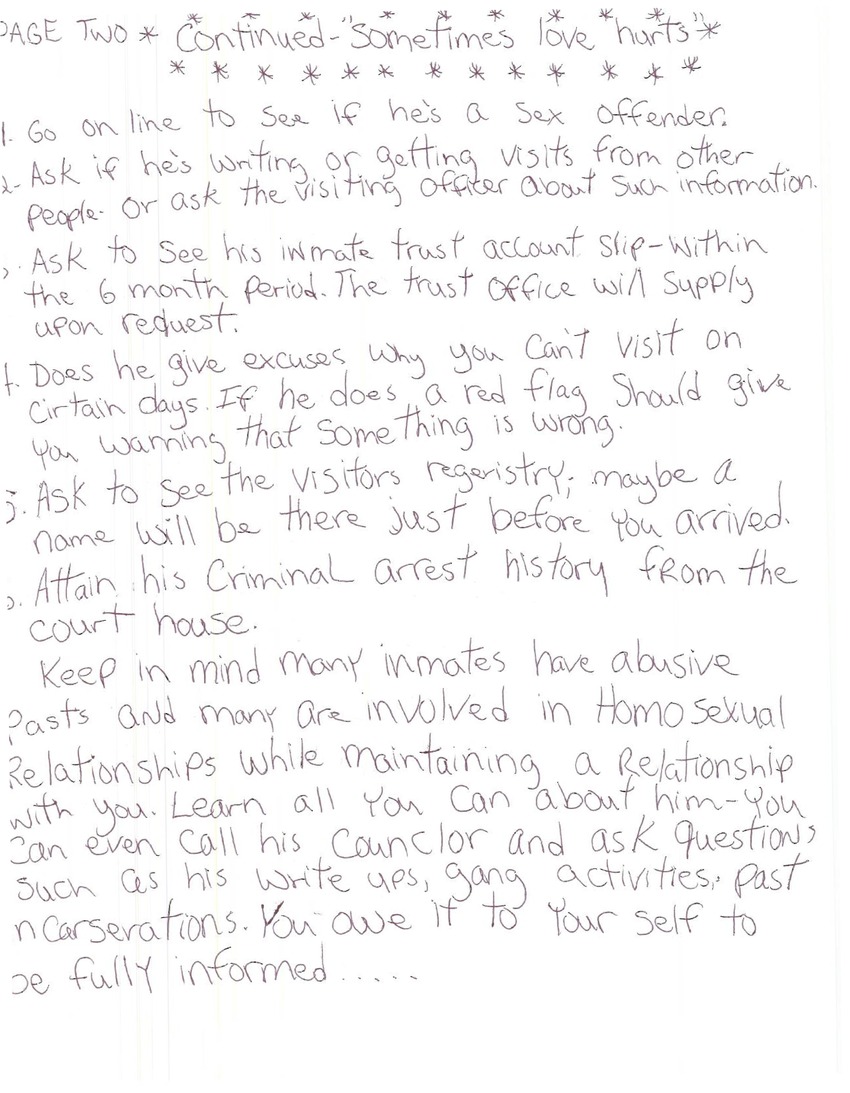 In this blog, I want to make it clear I'm not a racist nor is this geared to demean interracial relationships. I am well aware, too, that some of those relationships were formed prior to the prison experience. This is intended to inform particular women (white) that black inmates use them for personal gains.

Ask yourself some questions. How was you introduced? Was it through another inmate? That is called a "pass play". Your address was pawned off to another inmate because the inmate did not find the relationship profitable.

They refer to white women as "snow bunnies", a derogatory term. Black inmates know that many white women are fascinated by them and the rap culture. It's taboo. Such knowledge is polished into what is called "having game", to play "snow bunnies" for monetary gain. Many of these women are overweight. A perfect victim to nurse their low self-esteem. Right into the predator's web. Some inmates place ads in newspapers or on the web to lure new victims in one must realize that this same inmate that you're falling for may have another woman he's either writing or getting visits from on different days than you.

I have been in prison for 21 years and have accumulated a lot of information just by listening. Now they refer to white women in general. They are open with their disrespect towards white women and consider them easy prey for victimization.

If you still are going to pursue such a relationship, then education is your best tool. So you won't end up a victim.

1. Go online to see if he's a sex offender.
2. Ask if he's writing or getting visits from other people. Or ask the visiting officer about such information.
3. Ask to see his inmate trust account slip within the six month period. The trust office will supply upon request.
4. Does he give excuses why you can't visit on certain days? If he does, a red flag should give you warning that something is wrong.
5. Ask to see the visitors registry. Maybe a name will be there just before you arrived.
6. Attain his criminal arrest history from the courthouse.

Keep in mind many inmates have abusive pasts and many are involved in homosexual relationships while maintaining a relationship with you. Learn all you can about him. You can even call his councilor and ask questions such as his write ups, gang activities, past incarcerations. You owe it to yourself to be fully informed.