One of the Hardest Aspects of Being Here 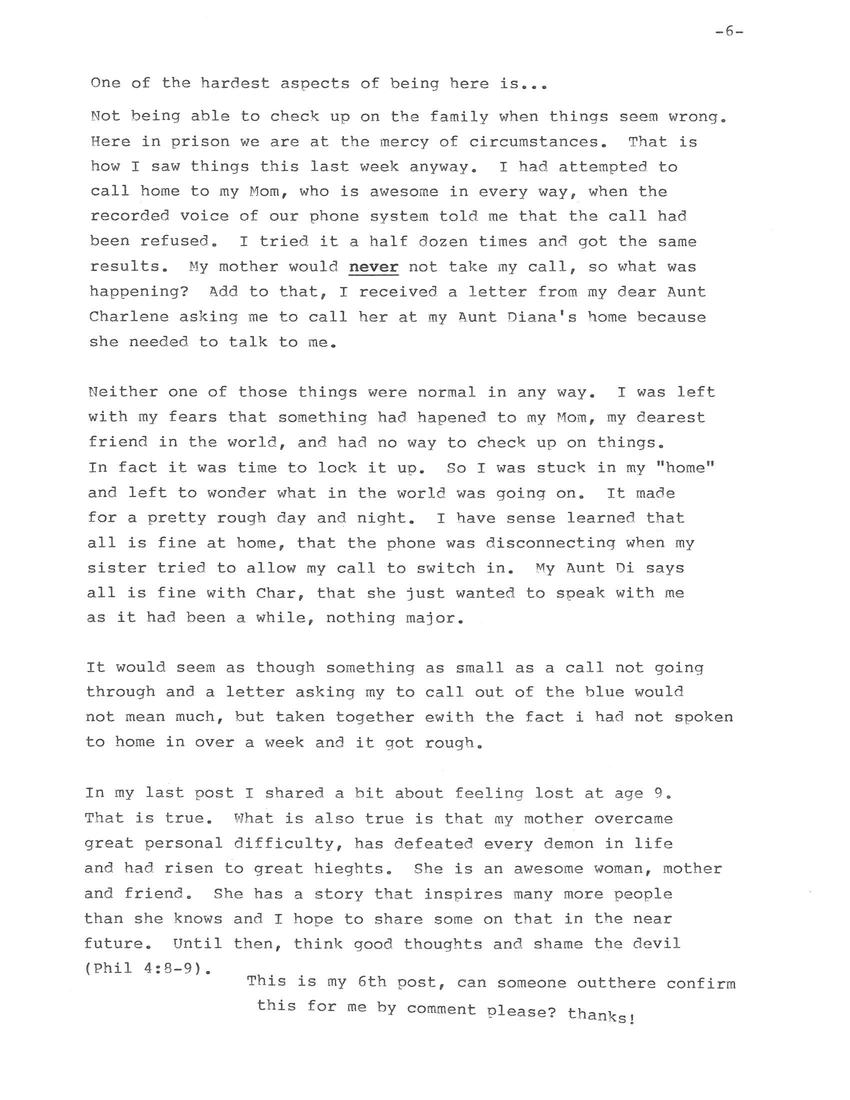 On of the hardest aspects of being here is...

Not being able to check up on the family when things seem wrong. Here in prison we are at the mercy of circumstances. That is how I saw things this last week anyway. I had attempted to call home to my Mom, who is awesome in every way, when the recorded voice of our phone system told me that the call had been refused. I tried it a half dozen times and got the same results. My Mothe would never not take a call, so what was happening? Add to that, I received a letter from my dear Aunt Charlene asking me to call her at my aunt Diana's home because she needed to talk to me.

Neither one of those things were normal in any way. I was left with my fears that something had happened to my Mom, mt dearest friend in the world, and had no way to ckeck up on things. In fact it wa time tolock it up. So I was stuck in my "home" and left to wonder what in the world was going on. It made for a pretty rough day and night. I hve since learned that all is fine at home, thatt th phone was disconnecting when my sister tried to allow my call to switch in. My aunt Di says al is fine with Char, that she just wanted to speak with me as it had been a while, nothing major.

It would seem as though something as small as a call not going through and a letter askin me to call out of th blue would not mena much, but taken together with the fact I had not spoken to home in over a week and it got rough.

In my last post I shared a bit about feeling lost at age 9. That is true. What is also true is that my Mother overcame great personal difficulty, has defeated every demon in life and had risen to great heights. She is an awesome woman, mother and friend. She has a story tha inspires many more people than she knows and I hope to share some of that in the near future. Until then, think good thoughts and shame the devil (Phil 4:8-9).

This is my 6th post, can someone out there confirm this for me by comment please? Thanks!

Thanks for writing! I finished the transcription for your post.
Yes author, you are being read and heard. Out of the many letter that I passed up. I landed on yours which was very inspirational. Hold your head up high and keep reaching out to others; you dont know whose life you are touching and encouraging. Keep trusting in God and His word and He will see you through.The devil's job is to keep your life in a tizzy, but God will give you peace in the midst of the storm. Just rest in Him.

Worship82
Just started reading your blog... found it quite randomly actually. My name is Jessica and I live in Jacksonville, Florida. Your posts are quite interesting, just wondering tho, how long you have been in prison for so far? Hope all is well your way!
(scanned reply – view as blog post)
uploaded Aug. 9, 2012.  Original (PDF) 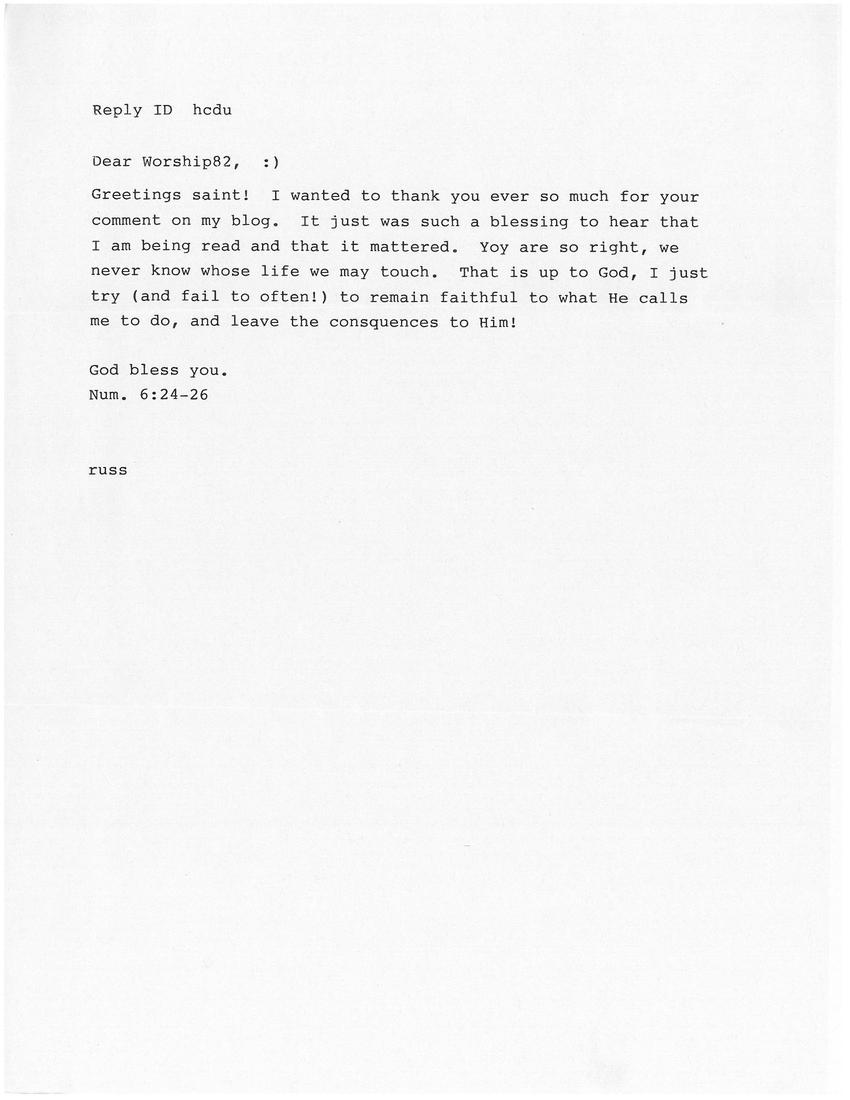