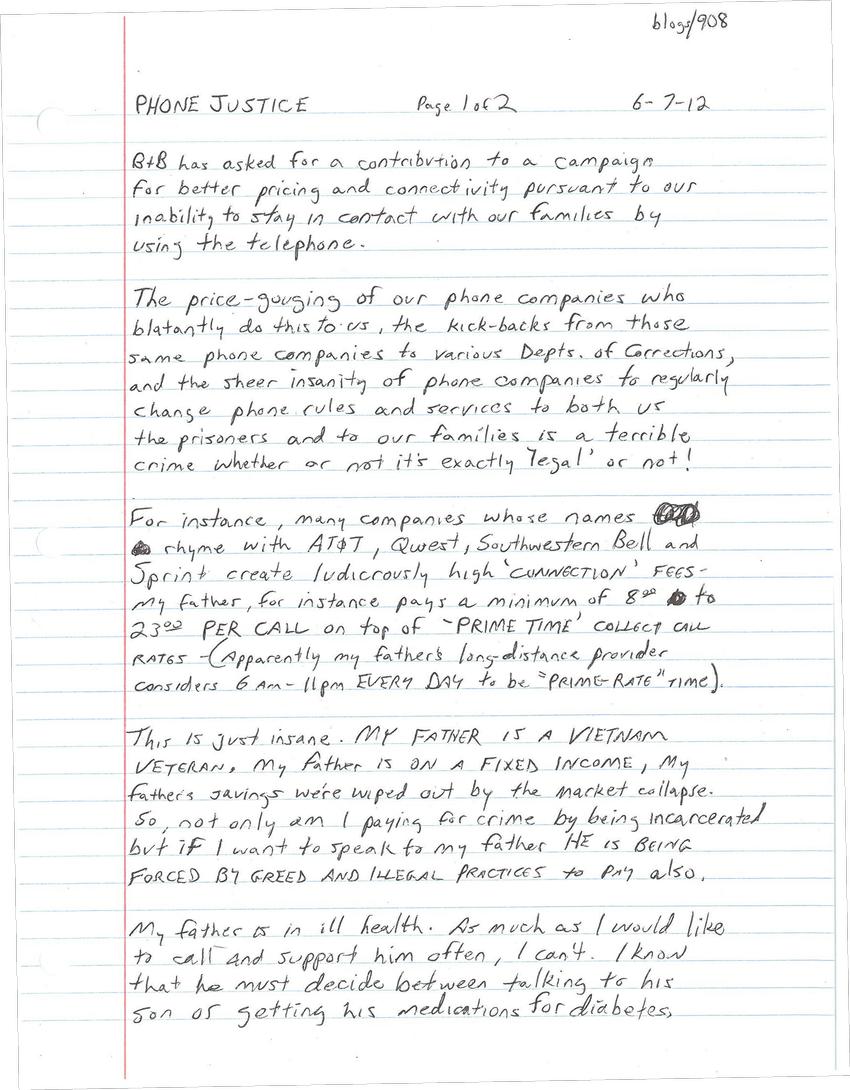 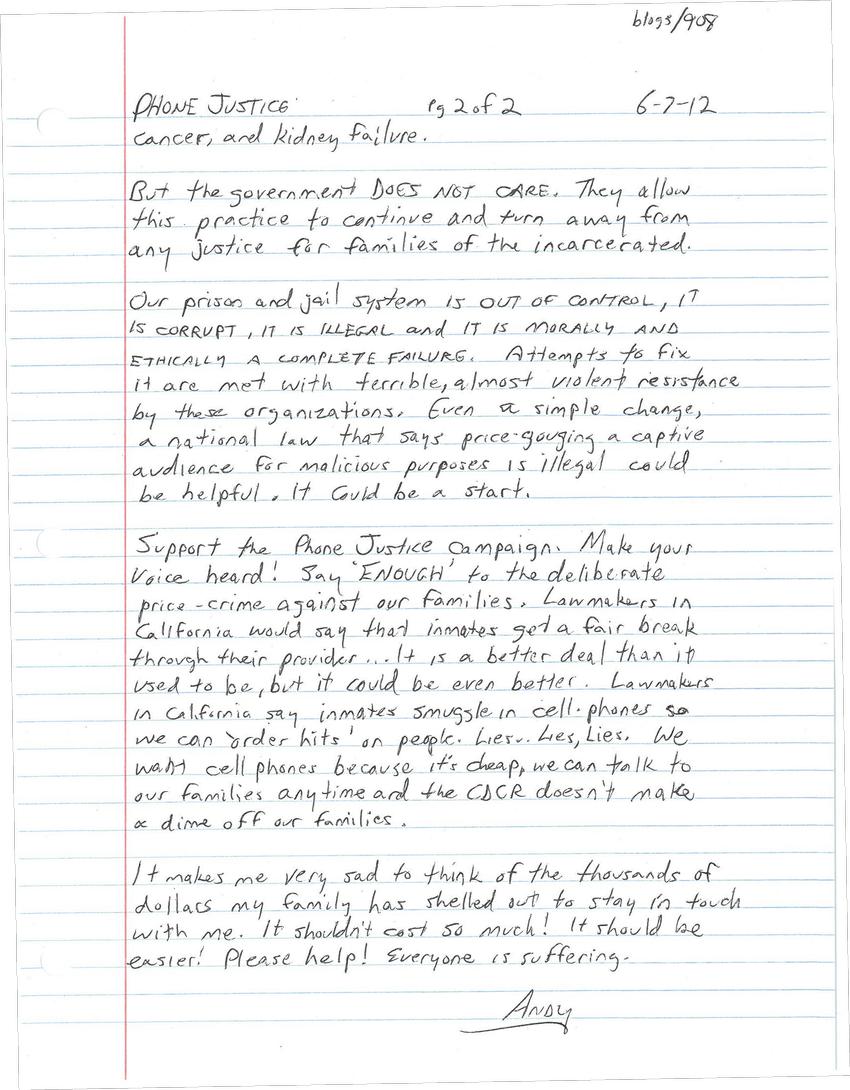 B+B has asked for a contribution to a campaign
for better pricing and connectivity pursuant to our
inability to stay in contact with our families by
using the telephone.

The price-gouging of our phone companies who
blatantly do this to us, the kick-backs from those
same phone companies to various Depts. of Corrections,
and the sheer insanity of phone companies to regularly
change phone rules and services to both us
the prisoners and to our families is a terrible
crime whether or not it's exactly legal or not!

For instance, many companies whose names
rhyme with AT&T, Qwest, Southwestern Bell and
Sprint create ludicrously high 'connection' fees -
my father, for instance pays a minimum of 8.00 to
23.00 PER CALL on top of 'PRIME TIME' collect call
rates - (apparently my father's long-distance provider
considers 6am - 11pm EVERY DAY to be "PRIME-RATE" time).

This is just insane. My father is a Vietnam
Veteran. My father is on a FIXED INCOME, my
father's savings were wiped out by the market collapse.
So, not only am I paying for crime by being incarcerated
but if I want to speak to my father HE IS BEING
FORCED BY GREED AND ILLEGAL PRACTICES to pay also.

My father is in ill health. As much as I would like
to call and support him often, I can't. I know
that he must decide between talking to his
son or getting his medications for diabetes,
cancer, and kidney failure.

But the government DOES NOT CARE. They allow
this practice to continue and turn away from
any justice for families of the incarcerated.

Our prison and jail system is OUT OF CONTROL, IT
IS CORRUPT, IT IS ILLEGAL and IT IS MORALLY AND
ETHICALLY A COMPLETE FAILURE. Attempts to fix
it are met with terrible, almost violent resistance
by these organizations. Even a simple change,
a national law that says price-gouging a captive
audience for malicious purposes is illegal could
be helpful. It could be a start.

Support the Phone Justice campaign. Make your
voice heard! Say 'ENOUGH' to the deliberate
price - crime against our families. Lawmakers in
California would say that inmates get a fair break
through their provider...It is a better deal than it
used to be, but it could be even better. Lawmakers
in California say inmates smuggle in cell phones so
we can 'order hits' on people. Lies, lies, lies. We
want cell phones because it's cheap, we can talk to
our families anytime and the CDCR doesn't make
a dime off our families.

It makes me very sad to think of the thousands of
dollars my family has shelled out to stay in touch
with me. It shouldn't cost so much! It should be
easier! Please help! Everyone is suffering.