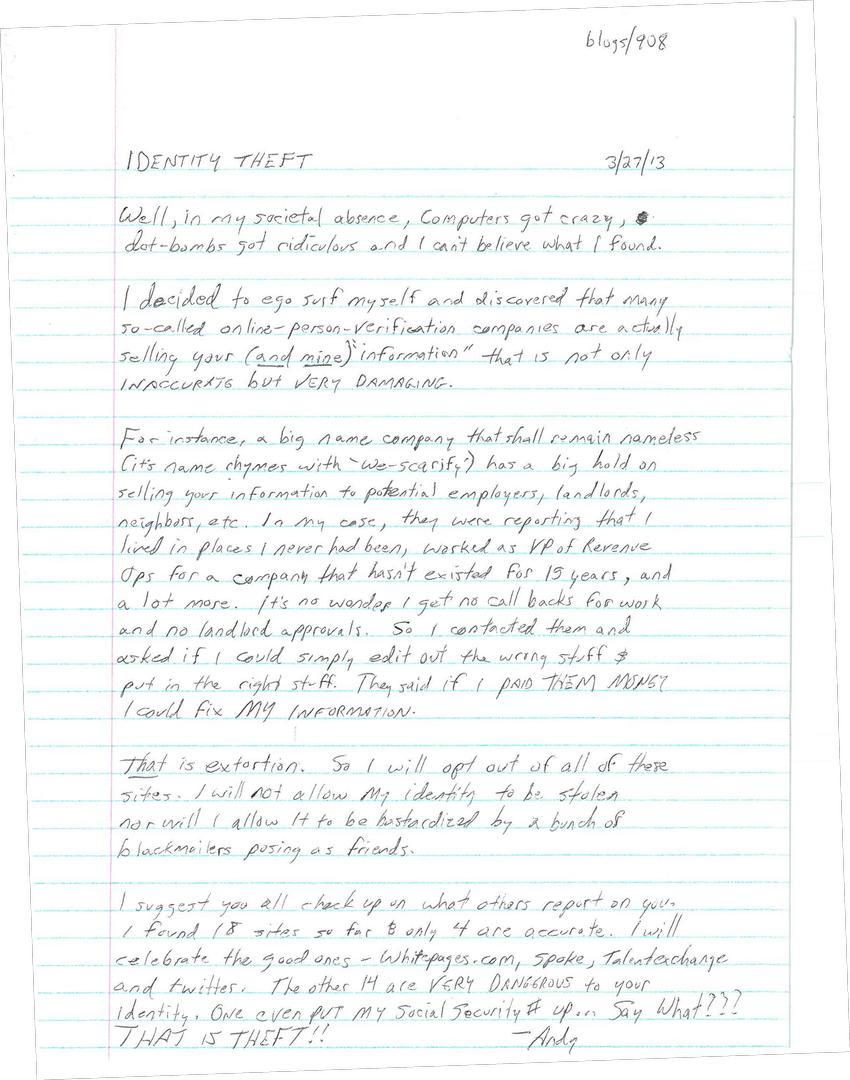 Well, in my societal absence, computers got crazy, dot-bombs got ridiculous and I can't believe what I found.

I decided to ego surf myself and discovered that many so-called online-person-verification companies are actually selling your (AND MINE) "information" that is not only INACCURATE but VERY DAMAGING.

For instance, a big name company that shall remain nameless (its name rhymes with "we-scarify") has a big hold on selling your information to potential employers, landlords, neighbors, etc. In my case, they were reporting that I lived in places I never had been, worked as VP of Revenue Ops for a company that hasn't existed for 15 years, and a lot more. It's no wonder I get no call backs for work and no landlord approvals. So I contacted them and asked if I could simply edit out the wrong stuff & put in the right stuff. They said if I PAID THEM MONEY I could fix MY INFORMATION.

THAT is extortion. So I will opt out of all of these sites. I will not allow my identity to be stolen nor will I allow it to be bastardized by a bunch of blackmailers posing as friends.

I suggest you all check up on what others report on you. I found 18 sites so far & only 4 are accurate. I will celebrate the good ones - Whitepages.com, Spoke, Talentexchange and Twitter. The other 14 are VERY DANGEROUS to your identity. One even put my social security # up... Say what??? THAT IS THEFT!!