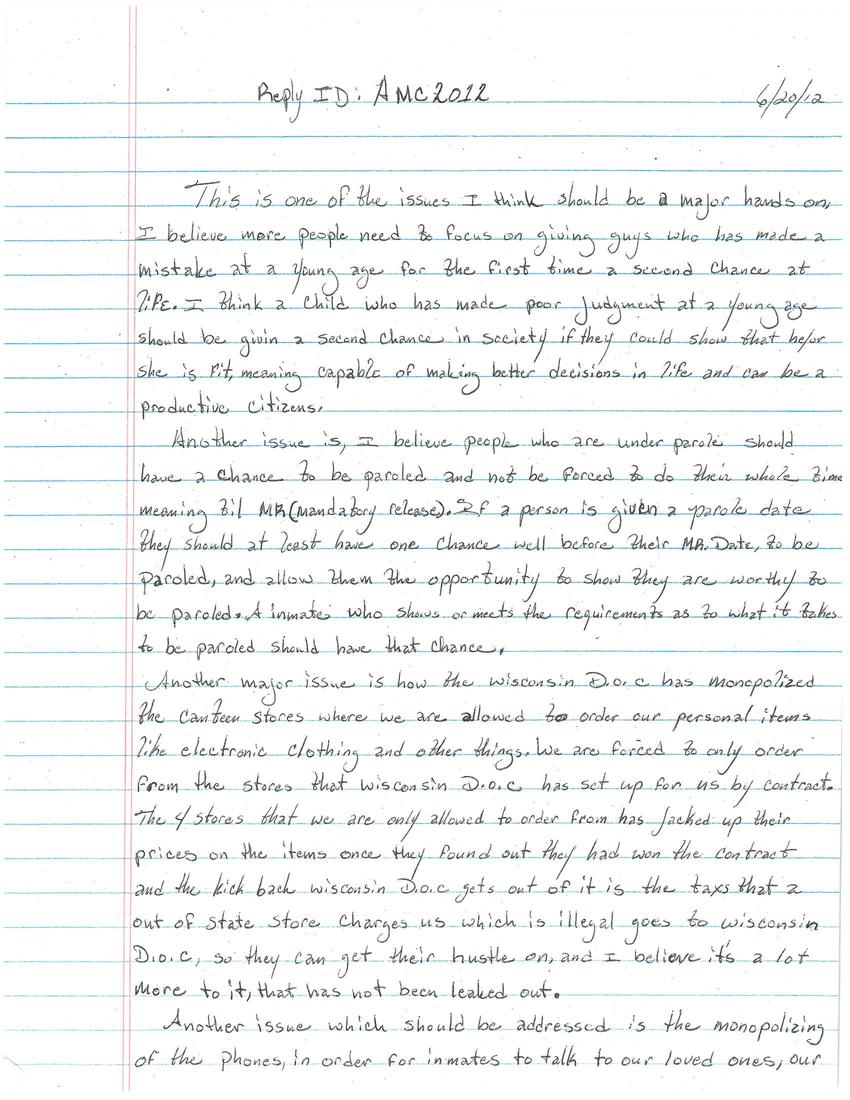 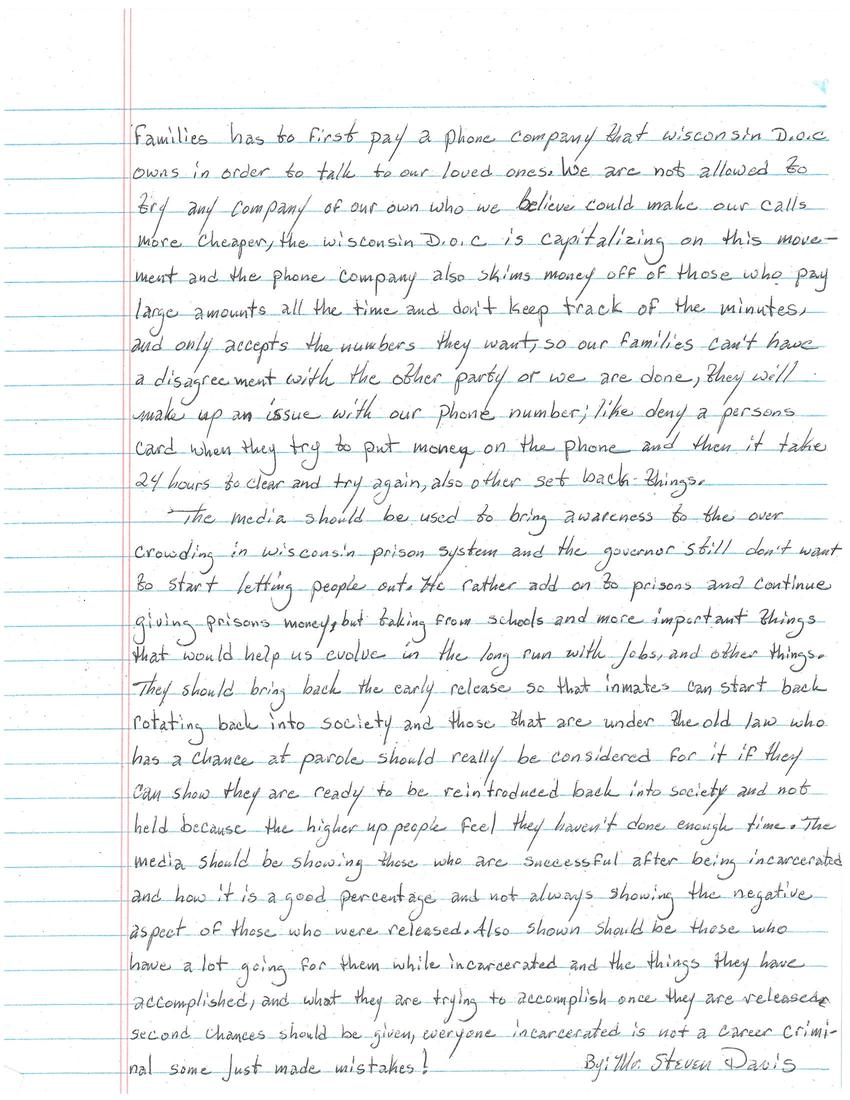 This is one of the issues I think should be a major hands on. I believe more people need to focus on giving guys who has made a mistake at a young age for the first time a second chance at life. I think a child who has made poor judgment at a young age should be given a second chance in society if they could show that he/or she is fit, meaning capable of making better decisions in life and can be a productive citizen.
Another issue is, I believe, people who are under parole should have a chance to be paroled and not be forced to do their whole time meaning until MR (mandatory release). If a person is given a parole date they should at least have on chance well before their M.R. Date, to be paroled, and allow them the opportunity to show they are worthy to be paroled. An inmate who shows or meets the requirements as to what it takes to be paroled should have that chance.
Another major issue is how the Wisconsin D.O.C. has monopolized the canteen stores where we are allowed to order our personal items like electronic clothing and other things. We are forced to only order from the stores that Wisconsin D.O.C. has set up for us by contract. The 4 stores that we are only allowed to order from has jacked up their prices on the items once they found out they had won the contract and the kick back Wisconsin D.O.C. gets out of it is the taxes that an out of state store charges us, which is illegal, goes to Wisconsin D.O.C., so they can get their hustle on, and I believe it's a lot more to it, that has not been leaked out.
Another issue which should be addressed is the monopolizing of the phones, in order for inmates to talk to our loved ones, our families has to first pay a phone company that Wisconsin D.O.C. owns in order to talk to our loved ones. We are not allowed to try any company of our own who we believe could make our calls cheaper, the Wisconsin D.O.C. is capitalizing on this movement and the phone company also skims money off of those who pay large amounts all the time and don't keep track of the minutes, and only accepts the numbers they want, so our families can't have a disagreement with the other party or we are done, they will make up an issue with our phone number, like deny a persons card when they try to put money on the phone and then it takes 24 hours to clear and try again, also other set back things.
The media should be used to bring awareness to the overcrowding in Wisconsin prison system and the governor still don't want to start letting people out. He'd rather add on to prisons and continue giving prisons money, but taking from schools and more important things that would help us evolve in the long run with jobs, and other things. They should bring back the early release so that inmates can start back rotating back into society and those that are under the old law who has a chance at parole should really be considered for it if they can show they are ready to be reintroduced back into society and not held because the higher up people feel they haven't done enough time. The media should be showing those who are successful after being incarcerated and how it is a good percentage and not always showing the negative aspect of those who were released. Also shown should be those who have a lot going for them while incarcerated and the things they have accomplished, and what they are trying to accomplish once they are released. Second chances should be given, everyone incarcerated is not a career criminal, some just made mistakes!

You brought up a lot of issues I wasn't aware of and I think would be great to be covered by journalists, videographers, and other media makers.