Born in the Belly 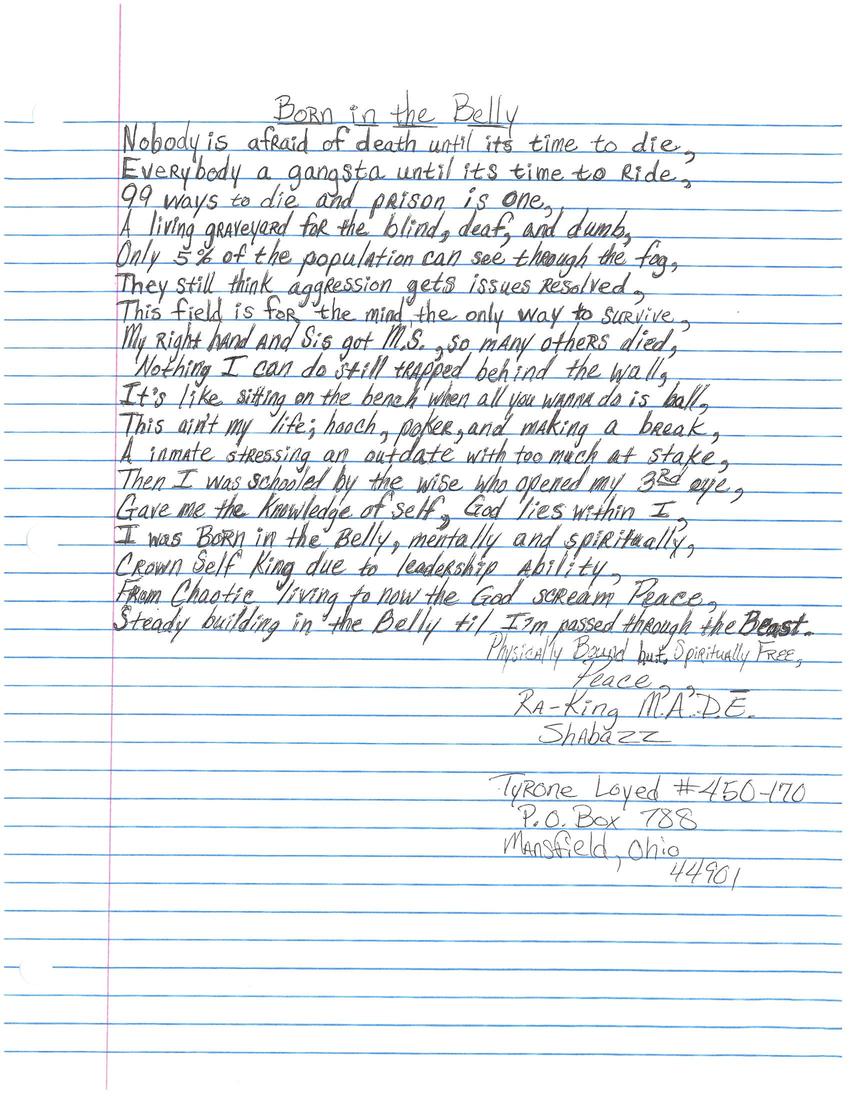 Born in the Belly

Nobody is afraid of death until its time to die,
Everybody a gangsta until its time to ride,
99 ways to die and prison is one,
A living graveyard for the blind, deaf, and dumb,
Only 5% of the population can see through the fog,
They still think aggression gets issues resolved,
This field is for the mind, the only way to survive,
My right hand and sis got M.S., so many others died,
Nothing I can do still trapped behind the wall,
It's like sitting on the bench when all you wanna do is ball,
This ain't my life; hooch, poker, and making a break,
A inmate stressing an outdate with too much at stake,
Then I was schooled by the wise who opened my 3rd eye,
Gave me the knowledge of self, God lies within I,
I was Born in the Belly, mentally and spiritually,
Crown self king due to leadership ability,
From Chaotic living to now the God scream Peace,
Steady building in the Belly til I'm passed through the Beast.
Physically Bound but. Spiritually Free,
Peace,,
RA-King M.A.D.E.
Shabazz

Tyrone,
I enjoyed reading your blog it was deep. I felt the pain from your words. It's different that's why I enjoyed it so much. You gave it your all and it shows. 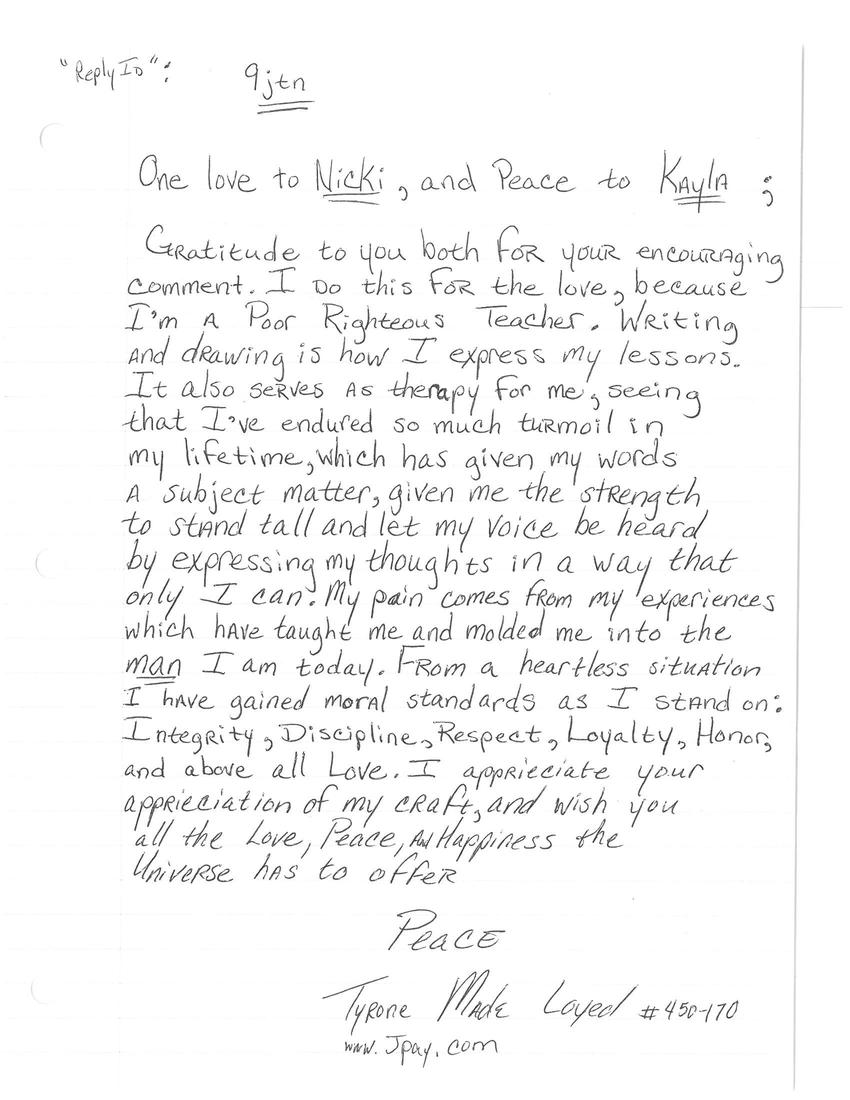