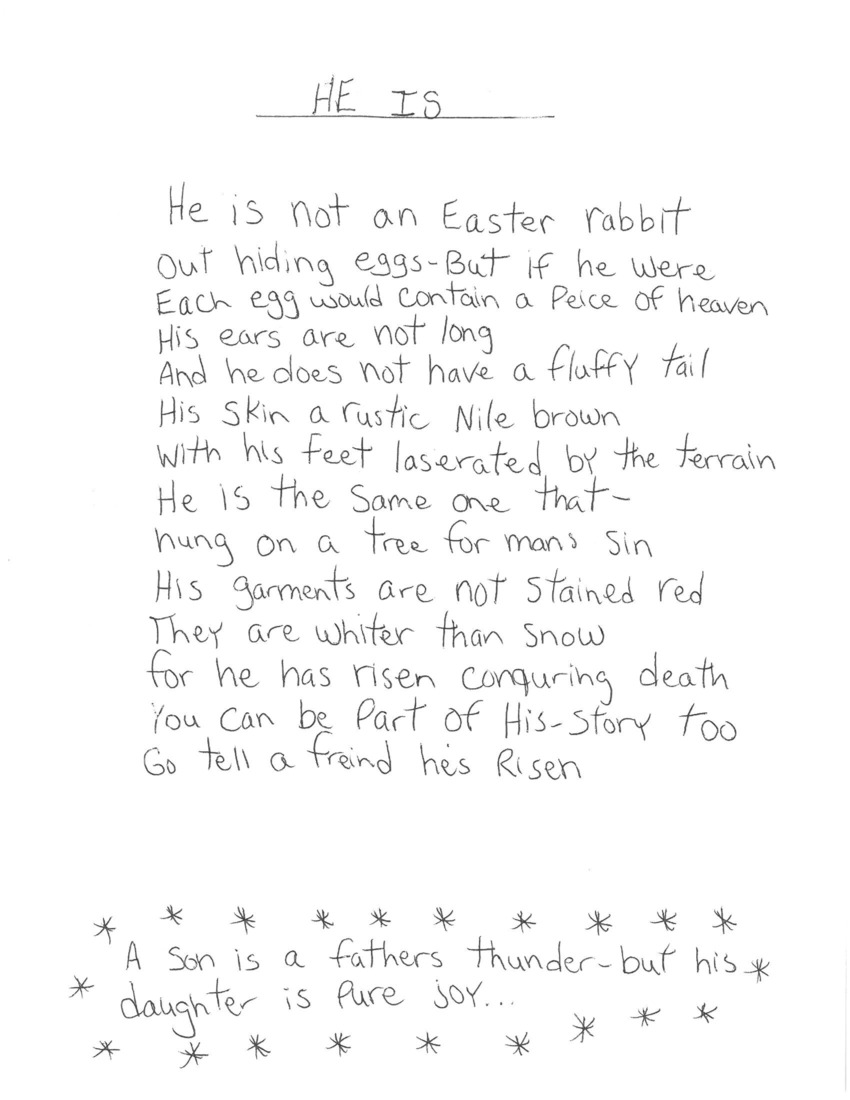 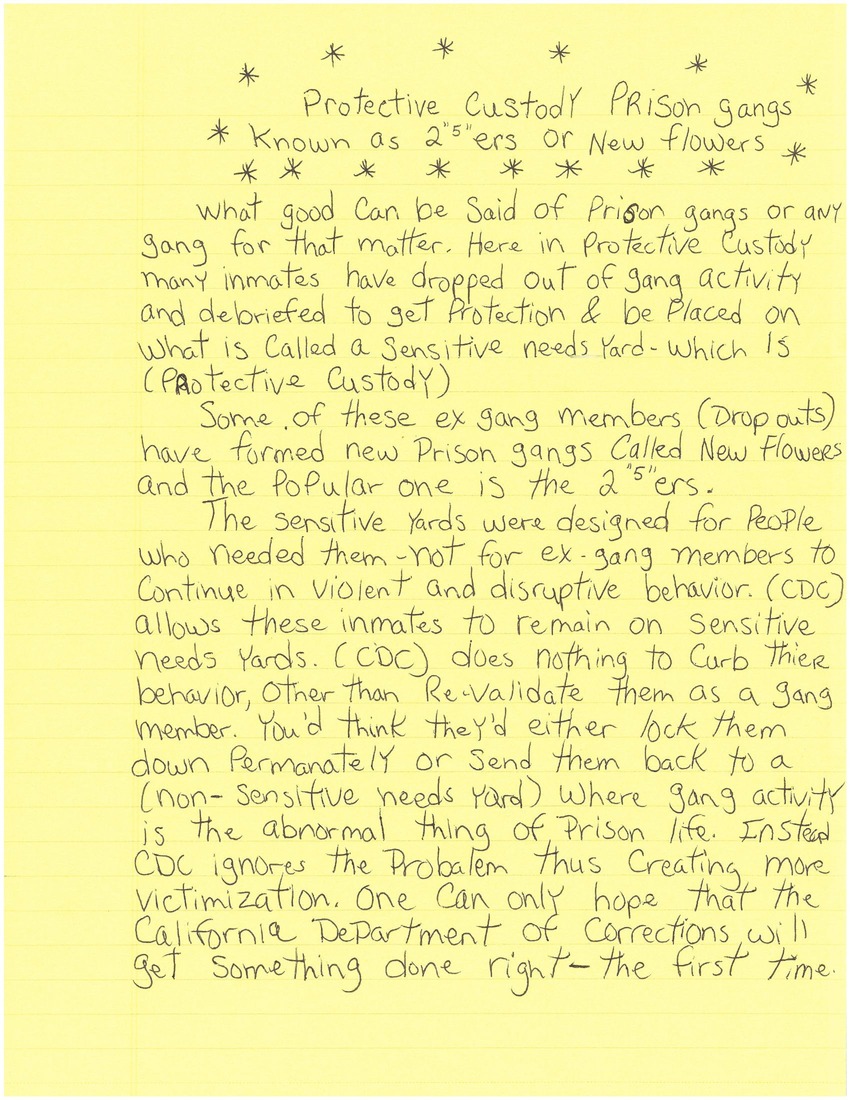 He is not an Easter Rabbit
Out hiding eggs, but if he were
Each egg would contain a piece of heaven
His ears are not long
And he does not have a fluffy tail
His skin a rustic Nile brown
With his feet lacerated by the terrain
He is the same one that
Hung on a tree for man's sin
His garments are not stained red
They are whiter than snow
For he has risen, conquering death
You can be part of his story too
Go tell a friend, he's risen

A son is a father's thunder, but his daughter is pure joy...

What good can be said of prison gangs or any gang for that matter. Here in Protective Custody, many inmates have dropped out of gang activity and debriefed to get protection and be placed on what is called a sensitive needs yard, which is protective custody.

Some of these ex-gang members (dropouts) have formed new prison gangs called New Flowers. The popular one is the 25ers.

The sensitive yards were designed for people who needed them, not for ex-gang members to continue in violent and disruptive behavior. CDC allows these inmates to remain on sensitive yards. CDC does nothing to curb their behavior, other than revalidate them as a gang member. You'd think they'd either lock them down permanently or send them back to a non-sensitive needs yard, where gang activity is the abnormal thing of prison life. Instead, CDC ignores the problem, thus creating more victimization.

One can only hope that the California Department of Corrections will get something done right, the first time.