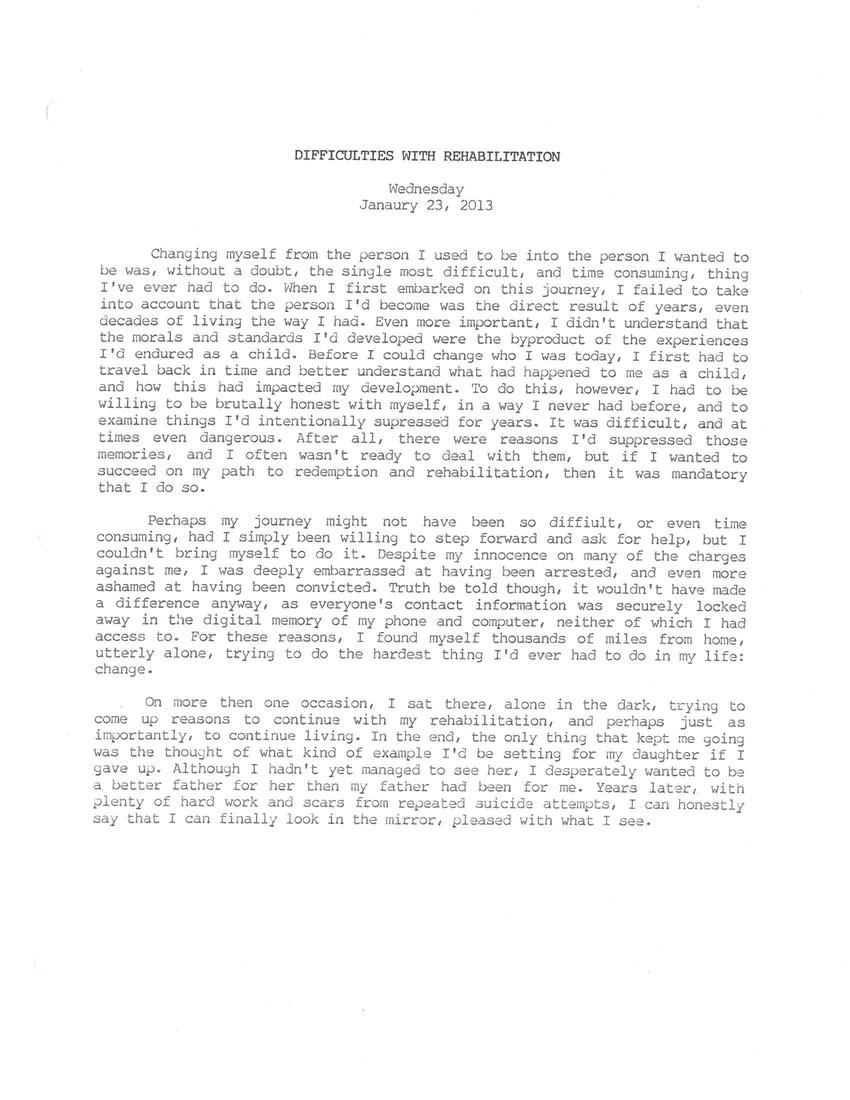 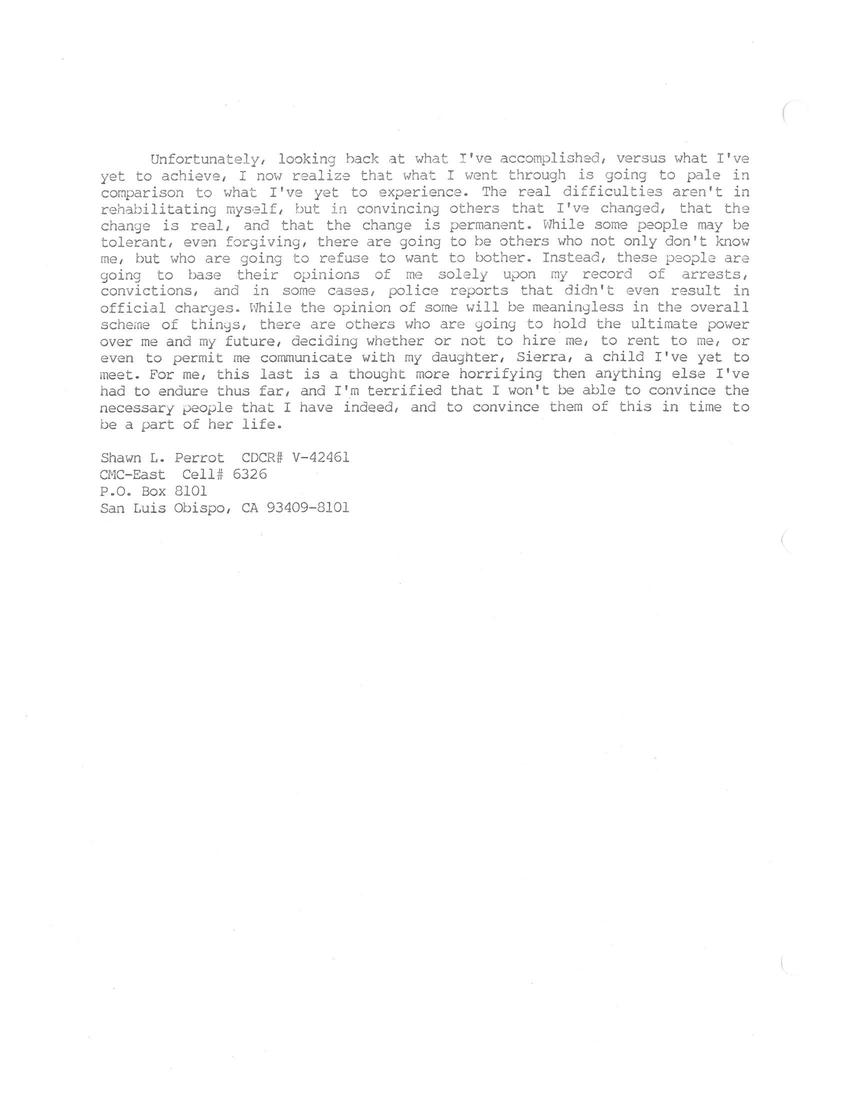 Changing myself from the person I used to be into the person I wanted to be was, without a doubt, the single most difficult, and time consuming, thing I've ever had to do. When I first embarked on this journey, I failed to take into account that the person I'd become was the direct result of years, even decades, of living the way I had. Even more important, I didn't understand that the morals and standards I'd developed were the byproduct of the experiences I'd endured as a child. Before I could change who I was today, I first had to travel back in time and better understand what had happened to me as a child, and how this had impacted my development. To do this, however, I had to be willing to be brutally honest with myself, in a way I never had before, and to examine things I'd intentionally supressed for years. It was difficult, and at times even dangerous. After all, there were reasons I'd supressed those memories, and I often wasn't ready to deal with them, but it I wanted to succeed on my path to redemption and rehabilitation, then it was mandatory that I do so.

Perhaps my journey might not have been so difficult, or even time consuming, had I simply been willing to step forward and ask for help, but I couldn't bring myself to do it. Despite my innocence on many of the charges against me, I was deeply embarrassed at having been arrested, and even more ashamed at having been convicted. Truth be told thoug, it wouldn't have made a difference anyway, as everyone's contact information was securely locked away in the digital memory of my phone and computer, neither of which I had access to. For these reasons, I found myself thousands of miles from home, utterly alone, trying to do the hardest thing I'd ever had to do in my life: change.

On more than one occasion, I sat there, alone in the dark, trying to come up with reasons to continue with my rehabilitation, and perhaps just as importantly, to continue living. In the end, the only thing that kept me going was the thought of what kind of example I'd be setting for my daughter if I gave up. Although I hadn't yet managed to see her, I desperately wanted to be a better father for her than my father had been for me. Years later, with plenty of hard work and scars from repeated suicide attempts, I can honestly say that I can finally look in the mirror, pleased with what I see.

Unfortunately, looking back at what I've accomplished, versus what I've yet to achieve, I now realize that what I went through is going to pale in comparison to what I've yet to experience. The real difficulties aren't in rehabilitating myself, but in convincing others that I've changed, that the change is real, and that the change is permanent. While some people may be tolerant, even forgiving, there are going to be others who not only don't know me, but who are going to refuse to want to bother. Instead, these people are going to base their opinions of me solely upon my record of arrests, convictions, and in some cases, police reports that didn't even result in official charges. While the opinion of some will be meaningless in the overall scheme of things, there are others who are going to hold the ultimate power over me and my future, deciding whether or not to hire me, to rent to me, or even to permit me to communicate with my daughter, Sierra, a child I've yet to meet. For me, this last is a thought more horrifying than anything else I've had to endure thus far, and I'm terrified that I won't be able to convince the necessary people that I have indeed, and to convince them of this in time to be part of her life.

Thanks for writing! I finished the transcription for your post.
Congratulations on the changes you have managed to make and best of luck for the future particularly in regards to establishing contact with your daughter.
(scanned reply – view as blog post)
uploaded March 24, 2013.  Original (PDF) 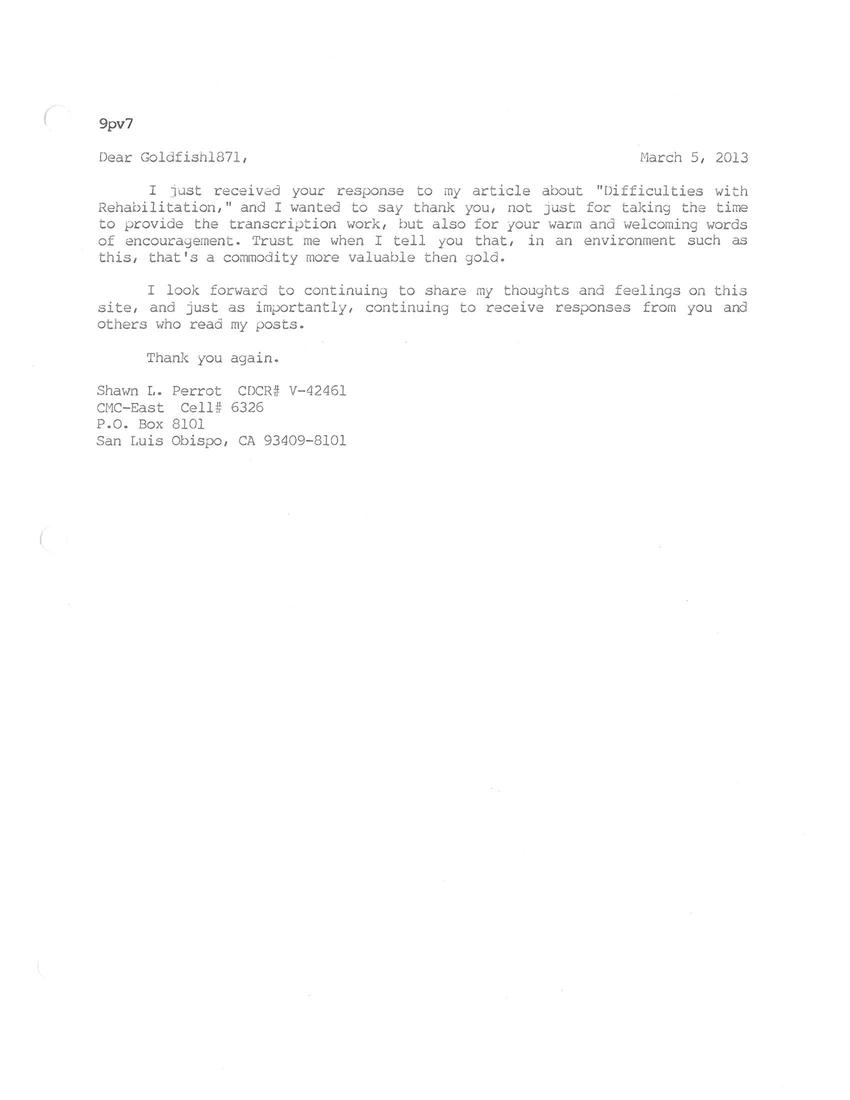