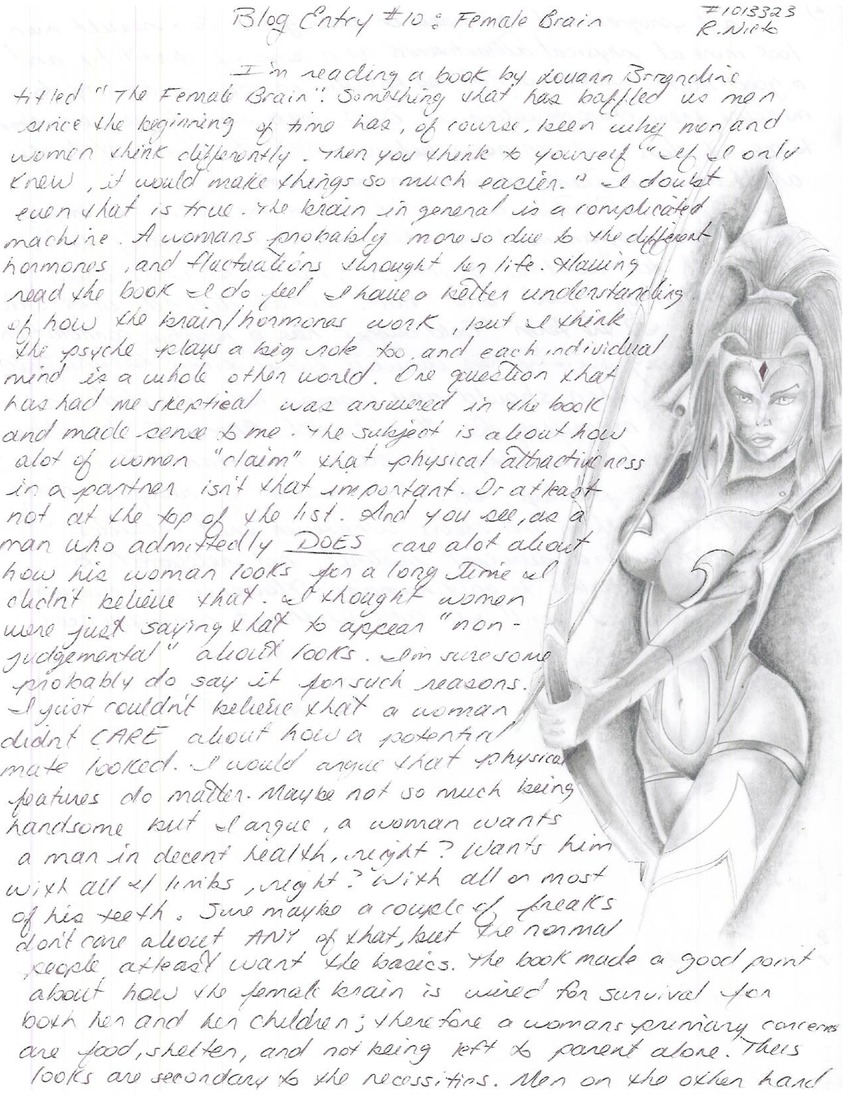 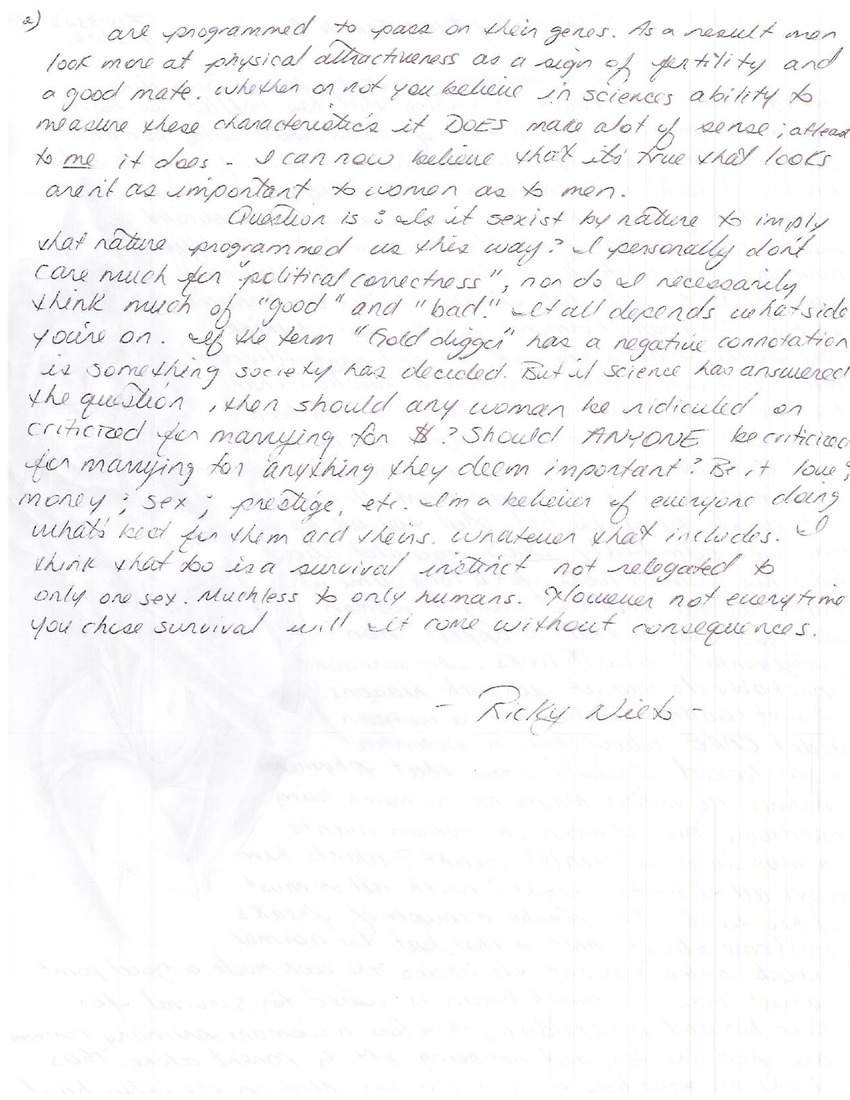 I'm reading a book by Louann Brizendine called "The Female Brain". Something that has baffled us men since the beginning of time has, of course, been why men and women think differently. Then you think to yourself, "If I only knew, it would make things so much easier." I doubt if even that is true. The brain in general is a complicated machine. A woman's probably more so due to the different hormones and flactualions throughout her life.

Having read the book, I do feel I have a better understanding of how the brain and hormones work. But I think the psyche plays a big role too, and each individual mind is a whole other world.

One question that has had me skeptical was answered in the book and made sense to me. The subject about how a lot of women "claim" that physical attractiveness in a partner isn't that important. Or at least not at the top of the list. And you see, as a man who admittedly DOES care a lot about how his women looks, for a long time, I didn't believe that. I thought women were just saying that to appear "non-judgmental" about looks. I'm sure some probably do say it for such reasons. I just couldn't believe that a woman didn't CARE about how a potential mate looked. I would assume that physical features do matter. Maybe not so much being handsome, but I argue a woman wants a man in decent health, right? Wants him with all his limbs, right? With all or most of his teeth. Sure, maybe a couple of freaks don't care about ANY of that, but the normal people at least want the basics.

The book made a good point about how the female brain is wired for survival for both her and her children. Therefore a woman's primary concern are food, shelter, and not being left to parent alone. Thus looks are secondary to the necessities. Men, on the other hand, are programmed to pass on their genes. As a result, men look more at physical attractiveness as a sign of fertility and a good mate. Whether or not you believe in science's ability to measure these characteristics, it DOES make a lot of sense. At least to me it does. I can now believe that it's true that looks aren't as important to women as to men.

Another is, is it sexist by nature to imply that nature programmed us this way? I personally don't care much for political correctness, nor do I necessarily think much of "good" and "bad". It all depends what side you're on. If the term "gold digger" has a negative connotation, it's something that society decided. But if science has answered the question, then should any woman be ridiculed or criticized for marrying for $? Should ANYONE be critical for marrying for anything they deem important? Be it love, money, sex, prestige, etc.?

I'm a believe of everyone doing what's best for them and theirs. Whatever that includes. I think that too is a survival instinct not relegated to only one sex. Much less to only humans. However, not every time. You choose survival, it will come without consequence.