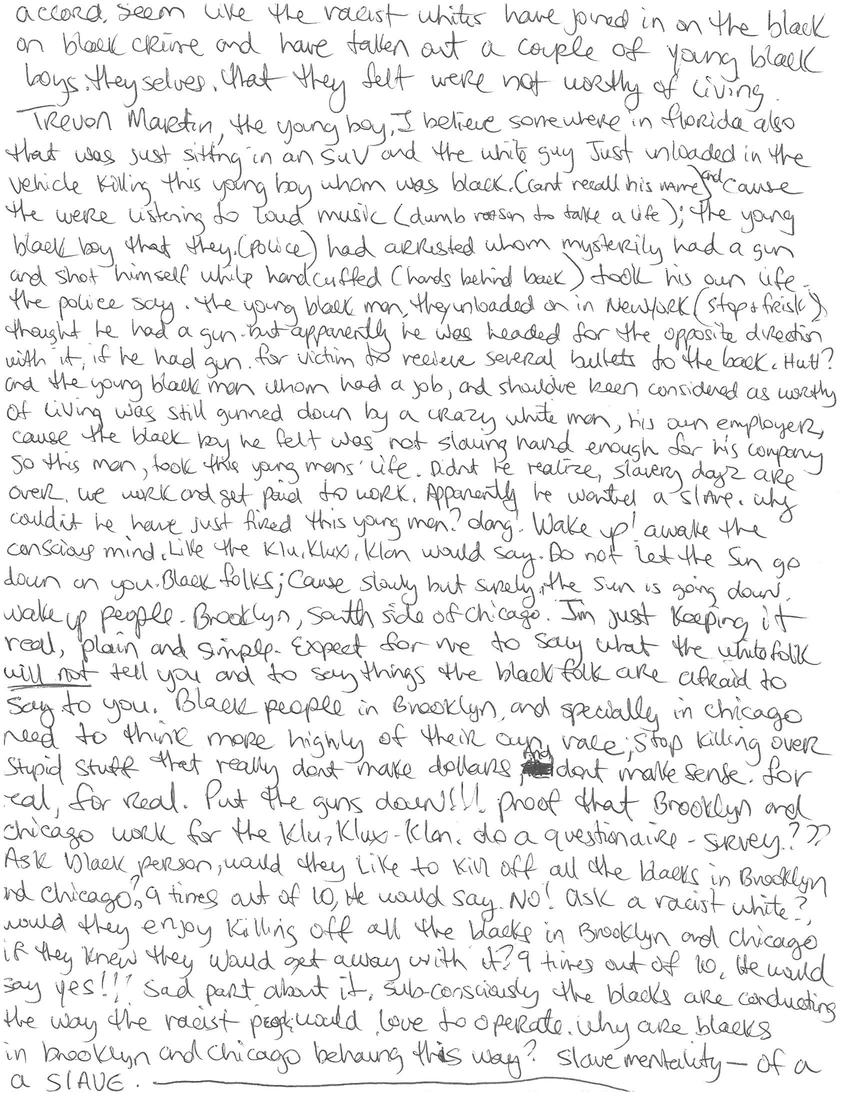 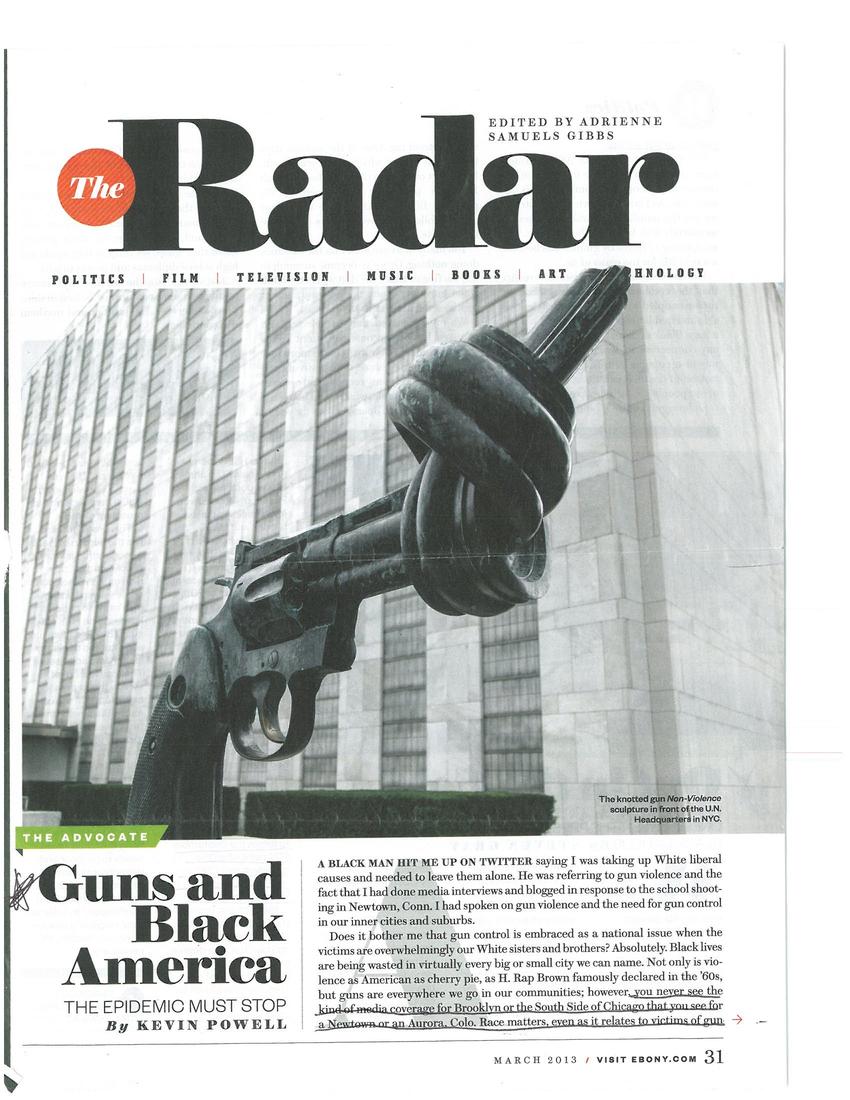 You'll never see the media coverage for Brooklyn or the South Side of Chicago. Reason being... they DO NOT want the so called gangstas, dope boys, etc., whom are really slaves, to wake up and realize the type of good ole free servitude that they have been contributing to, modern day lynching for the Ku Klux Klan who would rather see all black people dead than alive. It was said that, the Ku Klux Klan would sit back and make fun of the negroes for killing each other, stemmed the saying "one less negro they would have to worry about"... you have blacks killing blacks 'cause they see no worthy in the life of blacks and you have the racist whites who think the same thing. So in the dark minds, why should money and time be wasted. They already think all black people are dumb and stupid and obtain a smaller brain than the white folk. Why is it they're CLOSING SCHOOLS? TAKING BLACK HISTORY OUT of school curriculums, making it hard to find good paying jobs. Could it be that blacks are worth more at being slaves, then, rather than being an independent productive citizen for self. They don't want blacks to be in business for self 'cause then that means no business for the white folk. Especially if blacks were to get hip and stop going to prison, paying bills for somebody else. Killing for somebody else. Slavery days are over, Brooklyn, South Side of Chicago. If you are working and is not receiving any kind of benefits, progressing on the job, no healthcare, 401-K, then know that you are a slave - working for free. You have been ganked, misled, hoodwinked, bamboozled. The questions need to be asked of our black men who look to shoot and kill black people. Why do you seek to kill black people? Why are you working for the Ku Klux Klan? Do you honestly feel that the crime rate would go down if all the blacks were taken out the picture? Including yourself, 'cause again we are dealing with black on black. If this is the way one thinks of self, then know that you and KKK are all in the same accord. Seem like the racist whites have joined in on the black on black crime and have taken out a couple of young black boys, theyselves, that they felt were not worthy of living. Trayvon Martin, the young boy, I believe somewhere in Florida also that was just sitting in an SUV and the white guy just unloaded in the vehicle killing this young boy whom was black (can't recall his name) and 'cause they were listening to loud music (dumb reason to take a life); the young black boy that they (police) had arrested whom mysteriously had a gun and shot himself while handcuffed (hands behind back), took his own life, the police say. The young black man they unloaded on in New York (stop + frisk), thought he had a gun. But apparently he was headed for the opposite direction with it, if he had gun, for victim to receive several bullets to the back. Huh? And the young black man whom had a job, and should've been considered as worthy of living was still gunned down by a crazy white man, his own employer, 'cause the black boy he felt was not slaving hard enough for his company so this man, took the young man's life. Didn't he realize, slavery days are over, we work and get paid to work. Apparently he wanted a slave. Why couldn't he have just fired this young man? Dang! Wake up! Awake the conscious mind. Like the Ku Klux Klan would say. Do not let the sun go down on you, black folks; 'cause slowly but surely, the sun is going down. Wake up, people, Brooklyn, South Side of Chicago. I'm just keeping it real, plain and simple. Expect for me to say what the white folk WILL NOT tell you and to say things the black folk are afraid to say to you. Black people in Brooklyn, and specially in Chicago need to think more highly of their own race; stop killing over stupid stuff that really don't make dollars and don't make sense. For real, for real. Put the guns down!!! Proof that Brooklyn and Chicago work for the Ku Klux Klan. Do a questionnaire - survey??? Ask black person, would they like to kill off all the blacks in Brooklyn and Chicago? 9 times out of 10, he would say NO! Ask a racist white, would they enjoy killing off all the blacks in Brooklyn and Chicago if they knew they would get away with it? 9 times out of 10, he would say yes!!! Sad part about it, subconsciously the blacks are conducting the way the racist people would love to operate. Why are blacks in Brooklyn and Chicago behaving this way? Slave mentality - of a SLAVE.

A black man hit me up on Twitter saying I was taking up White liberal causes and needed to leave them alone. He was referring to gun violence and the fact that I had done media interviews and blogged in response to the school shooting in Newtown, Conn. I had spoken on gun violence and the need for gun control in our inner cities and suburbs.

Does it bother me that gun control is embraced as a national issue when the victims are overwhelmingly our White sisters and brothers? Absolutely. Black lives are being wasted in virtually every big or small city we can name. Not only is violence as American as cherry pie, as H. Rap Brown famously declared in the '60s, but guns are everywhere we go in our communities; however, you never see the kind of media coverage for Brooklyn or the South Side of Chicago that you see for a Newtown or an Aurora, Colo. Race matters, even as it relates to victims of gun ->