Reply ✍ Transcribed
From My Window To The World by Demetrics McCauley (author's profile)
Share this:
uploaded May 21, 2013.  Original (PDF) 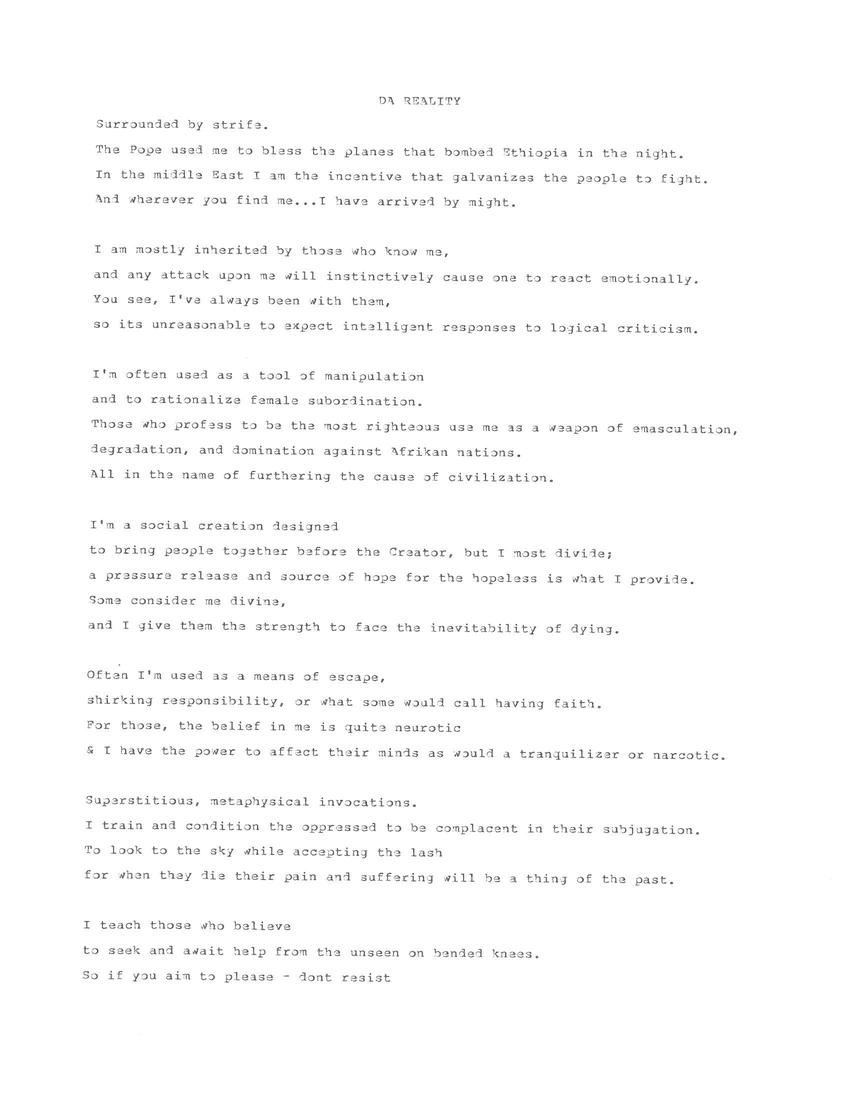 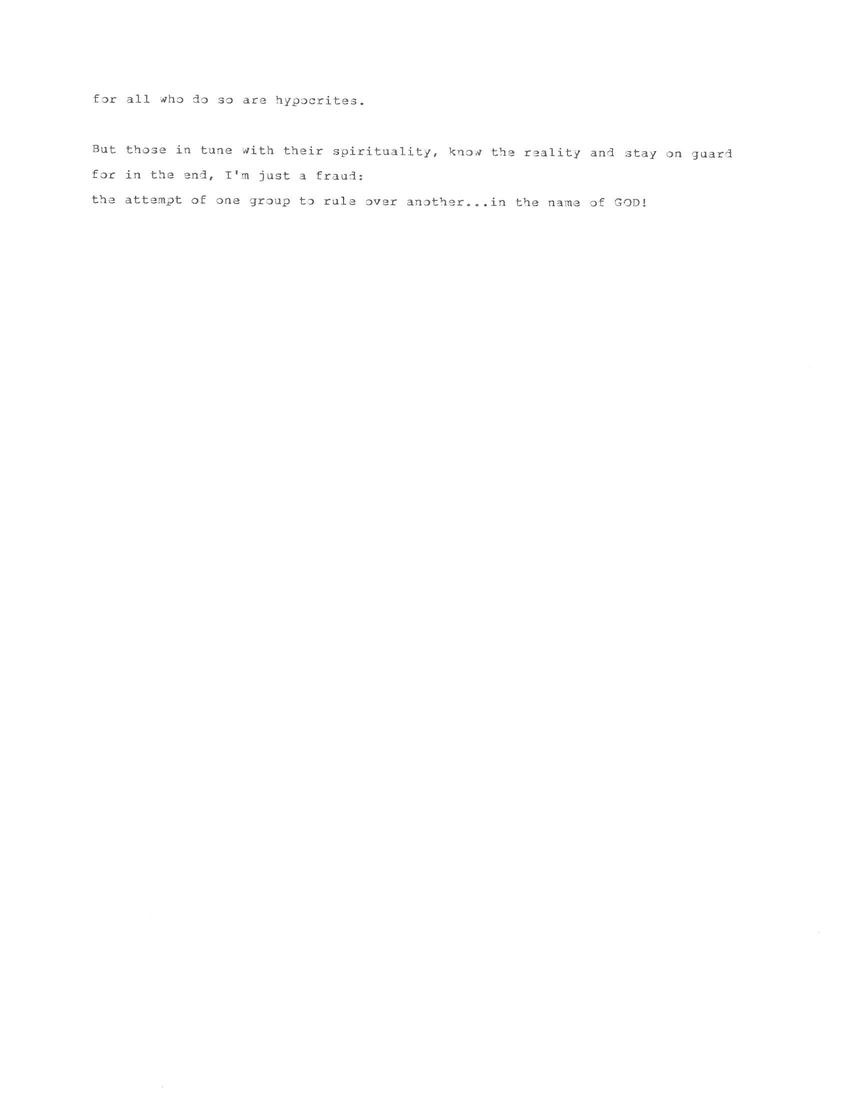 Surrounded by strife.
The Pope used me to bless the planes that bombed Ethiopia in the night.
In the Middle East I am the incentive that galvanizes the people to fight.
And wherever you find me... I have arrived by might.

I am mostly inherited by those who know me,
and any attack upon me will instinctively cause one to react emotionally.
You see, I've always been with them,
so it's unreasonable to expect intelligent responses to logical criticism.

I'm often used as a tool of manipulation
and to rationalize female subordination.
Those who profess to be the most righteous use me as a weapon of emasculation,
degradation, and domination against Afrikan nations.
All in the name of furthering the cause of civilization.

I'm a social creation designed
to bring people together before the Creator, but I most divide;
a pressure release and source of hope for the hopeless is what I provide.
Some consider me divine,
and I give them the strength to face the inevitability of dying.

Often I'm used as a means of escape,
shirking responsibility, or what some would call having faith.
For those, the belief in me is quite neurotic
& I have the power to affect their minds as would a tranquilizer or narcotic.

Superstitious, metaphysical invocations.
I train and condition the oppressed to be complacent in their subjugation.
To look to the sky while accepting the lash
for when they die their pain and suffering will be a thing of the past.

I teach those who believe
to seek and await help from the unseen on bended knees.
So if you aim to please - don't resist
for all who do so are hypocrites.

But those in tune with their spirituality, know the reality and stay on guard
for in the end, I'm just a fraud:
the attempt of one group to rule over another... in the name of GOD!