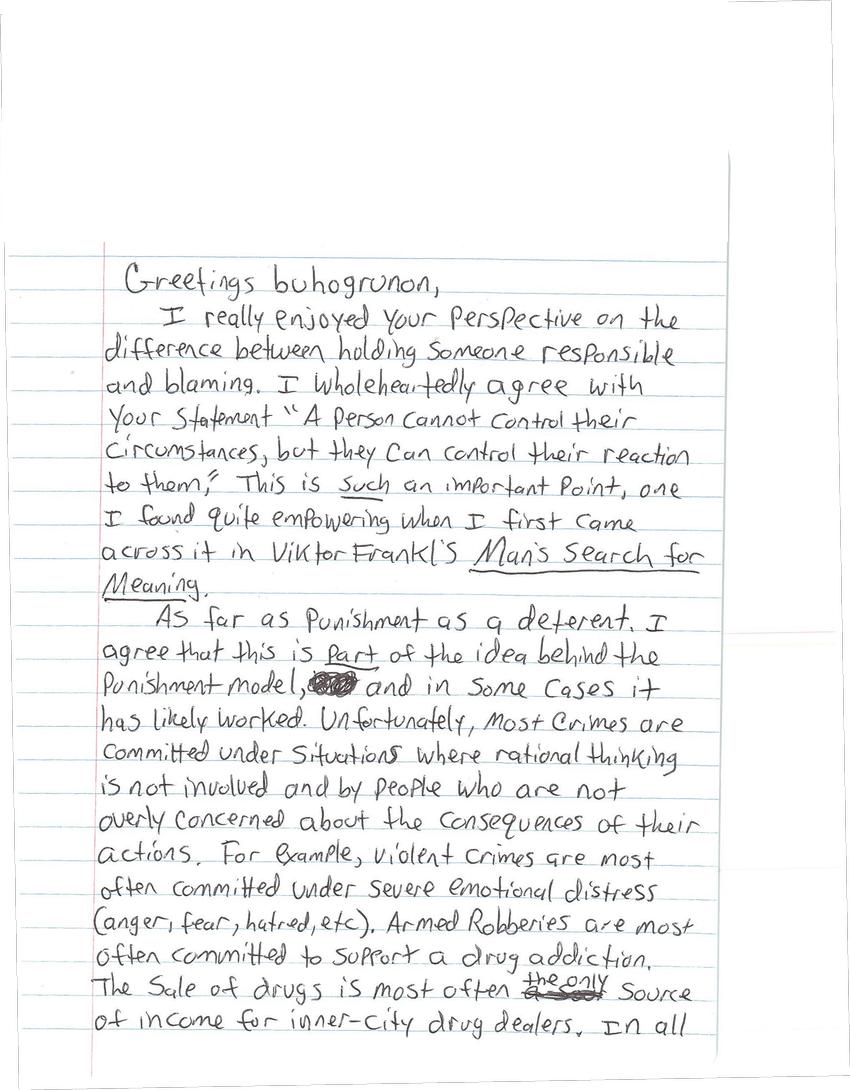 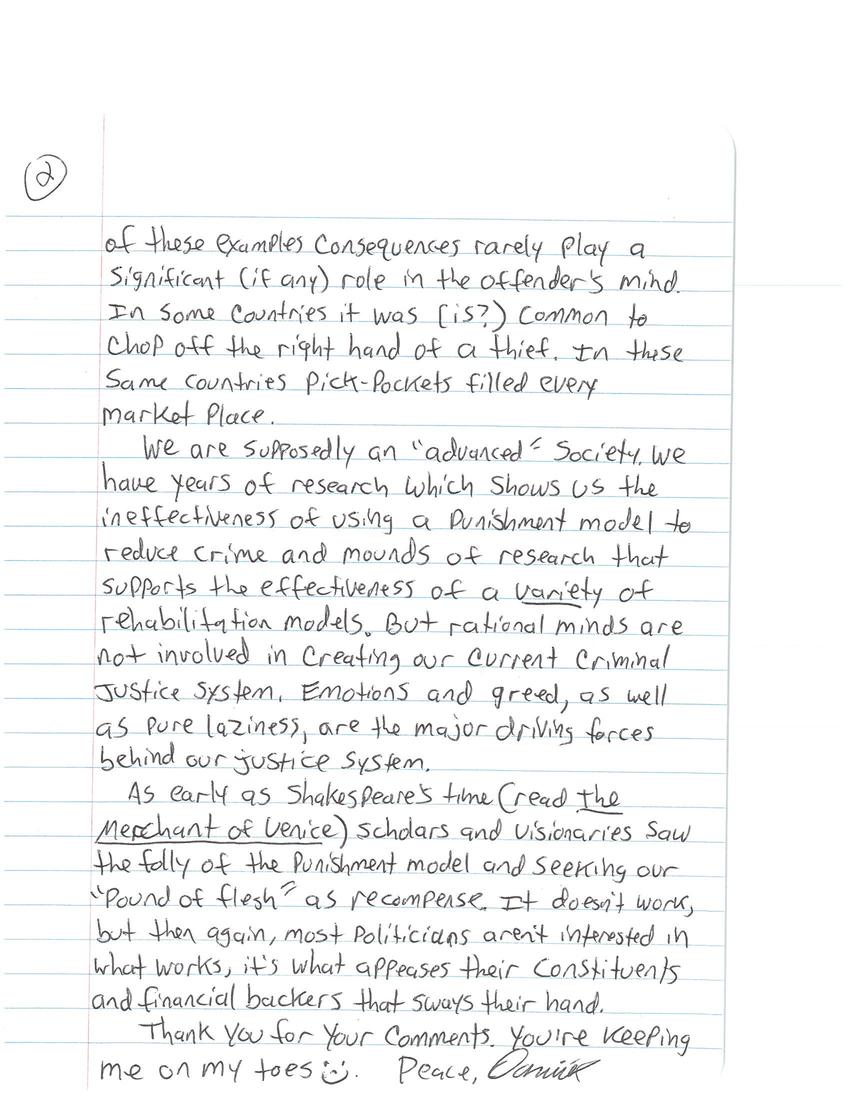 I really enjoyed your perspective on the difference between holding someone responsible and blaming. I wholeheartedly agree with your statement "a person cannot control their circumstances, but they can control their reaction to them." This is such an important point, one I found quite empowering when I first came across it in Viktor Frankl's Man's Search for Meaning.

As far as punishment as a deterrent. I agree that this is part of the idea behind the punishment model, and in some cases it has likely worked. Unfortunately, most crimes are committed under situations where rational thinking is not involved and by people who are not overly concerned about the consequences of their actions. For example, violent crimes are most often committed under severe emotional distress (anger, fear, hatred, etc.). Armed robberies are most often committed to support a drug addiction. The sale of drugs is most often the only source of income for inner-city drug dealers. In all of these examples consequences rarely play a significant (if any) role in the offender's mind. In some countries it was (is?) common to chop off the right hand of a thief. In these same countries pick-pockets filled every market place.

We are supposedly an "advanced" society, we have years of research which shows us the inneffectiveness of using a punishment model to reduce crime and mounds of research that supports the effectiveness of a variety of rehabilitation models. But rational minds are not involved in creating our current criminal justice system. Emotions and greed, as well as pure laziness, are the major driving forces behind our justice system.

As early as Shakespeare's time (read The Merchant of Venice) scholars and visionaries saw the folly of the punishment model and seeking our "pound of flesh" as recompense. It doesn't work, but then again, most politicians aren't interested in what works, it's what appeases their constituents and financial backers that sways their hand.

Thank you for your comments. You're keeping me on my toes :-).