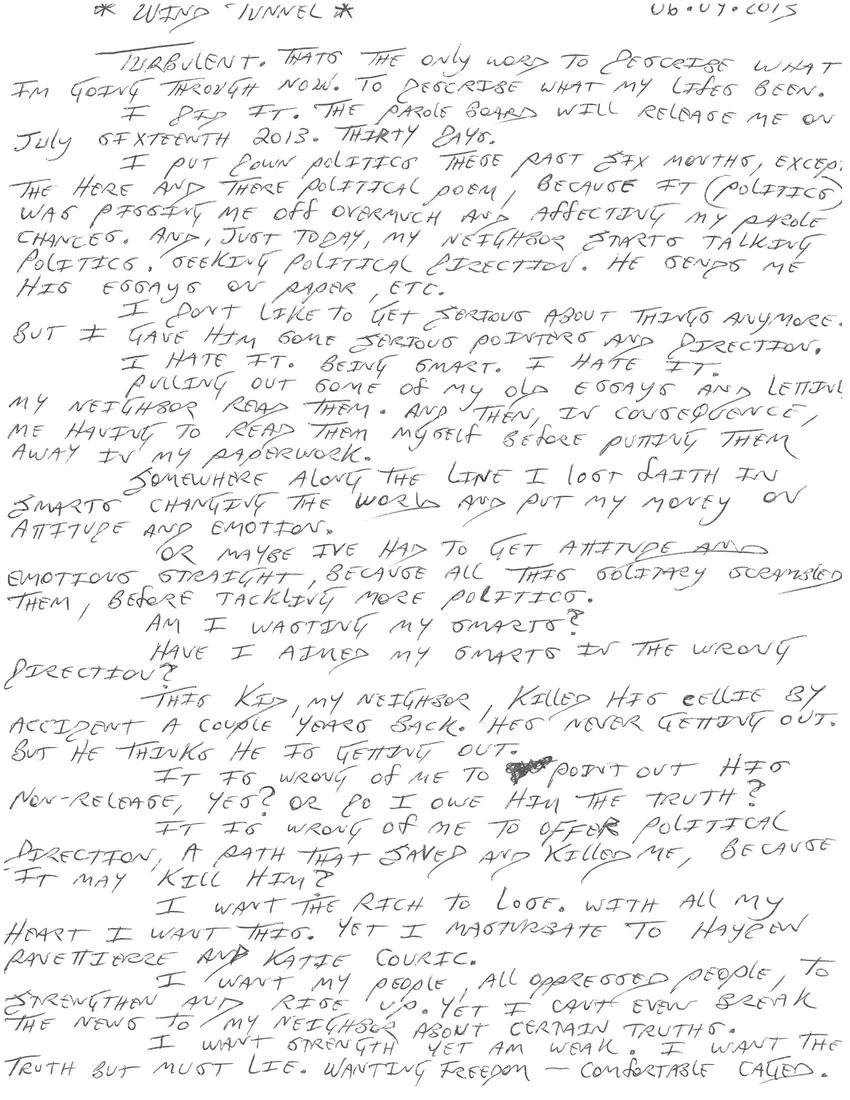 I put down politics these six months, except the here and there political poem, because it (politics) was pissing me off so over much and effecting my parole chances. And, just today, my neighbour starts talking politics. Seeking political direction. He sends me his essays on paper, etc.

I don't like to get serious about things any more. But I gave him some serious pointers and direction.

I hate it. Being smart. I hate it.

Pulling out some of my old essays and letting my neighbour read them. And then, in consequence, me having to read them myself before putting them away in my paperwork.

Somewhere along the line I lost faith in smarts changing the world and put my money on attitude and emotions.

Or maybe I've had to get attitude and emotions straight, because all this solitary scrambled them, before tackling more politics.

Am I wasting my smarts?

Have I aimed my smarts in the wrong direction?

This kid, my neighbour, killed his cellie by accident a couple of years back. He's never getting out. But he thinks he is getting out.

It is wrong of me to point out his non-release, yes? Or do I owe him the truth?

It is wrong of me to offer political direction, a path that saved and killed me, because it may kill him?

I want my people, all oppressed people, to strengthen and rise up. Yet I can't even break the news to my neighbour about certain truths.

I want strength yet am weak. I want the truth but must lie. Wanting freedom - comfortable caged.

Thanks for writing! I finished the transcription for your post.
Congratulations on being out!!

Take very good care. It's hard to put things together 'out here.'

Go slow and get as much support as you need.

Good luck! I hope you check in to say how you are doing,